If you’ve seen any of the God’s Not Dead movies or the recent film adaptation of The Case for Christ, then you’re familiar with the studio behind those movies, Pure Flix.

David A. R. White is the co-founder and managing partner of the company, and he routinely injects himself into many of their projects. (He’s the main character in God’s Not Dead: A Light in Darkness, which opened last weekend.) 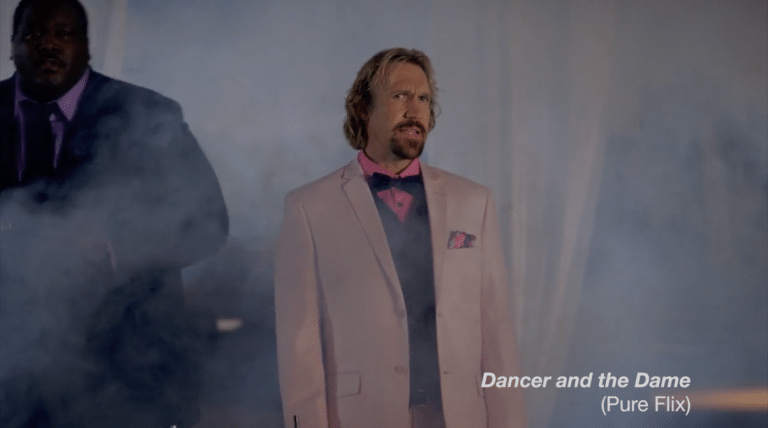 It’s not necessarily a bad idea; if you can’t get the jobs you want in Hollywood, might as well start your own alternative production company and give yourself those jobs. To a large extent, it’s worked. He may not be a mainstream celebrity, but he’s well-known in the world of evangelical Christianity.

Filmmaker Anthony Simon has watched all the company’s movies over the last several years and he thought it’d be amusing to create a 30-minute documentary all about White, in the style of White, featuring narration by White. But without the cooperation of White. Instead, Simon just spliced together clips from his movies and used audio from his interviews to provide the voiceover.

The final product is a parody vanity film… that isn’t actually far from the truth. It’s called Pure Flix and Chill: The David A.R. White Story.

Compilation doc Pure Flix and Chill takes White’s interview words out of their friendly-audience context, marries them to his actual work and lets the dialectic ride. As Simon wrote me initially, “My goal with the project is to examine a failed culture war which in turn puts a mirror to the ideologies driving mainstream blockbusters that we may take for granted. Secondly, David A.R. White is a great character to explore as an unreliable narrator and opportunistic ‘false prophet.’”

As I watched it, that statement made more and more sense. While White has these lofty aspirations for his company, the work itself is pretty sub-standard, cheesy, and (obviously) plays to every stereotype you can imagine of people who aren’t Christian. If his goal was to spread the gospel, his work is mostly a joke to people outside the Christian bubble (as well as to plenty of people inside of it). You also get a sense of White’s limited acting range… many clips feature him in some over-the-top costume, staring off into space, or making the sort of grand faith-based speech that no one would ever make in real life. It’s the same character in every movie.

His career, then, is much like the God’s Not Dead movies: occasionally successful, always one-dimensional, very predictable, and constantly beating a dead horse. 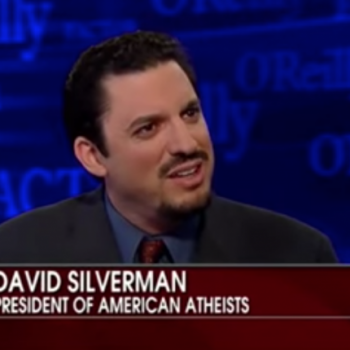