Kate Burke is one of the newer members of the Spokane City Council in Washington State, having just been elected in 2017, but local news channels say she’s stirring up controversy by not saying the Pledge of Allegiance.

She doesn’t disrupt the Pledge. She doesn’t criticize her fellow council members for going through the ritual. She just stands without putting her hand over her heart or saying the words.

But for some reason, her choice makes some snowflakes very angry. 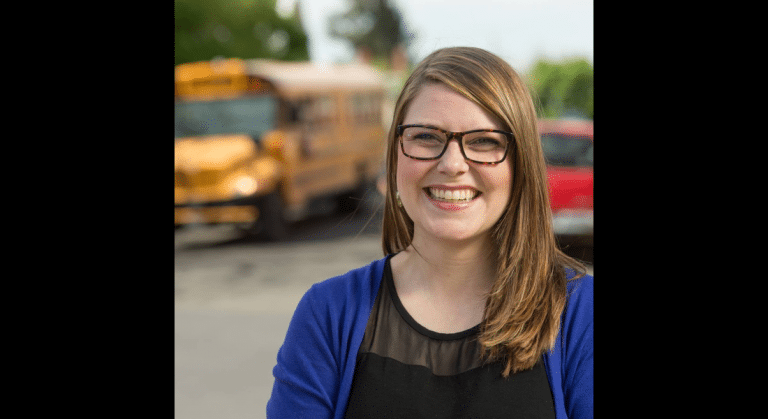 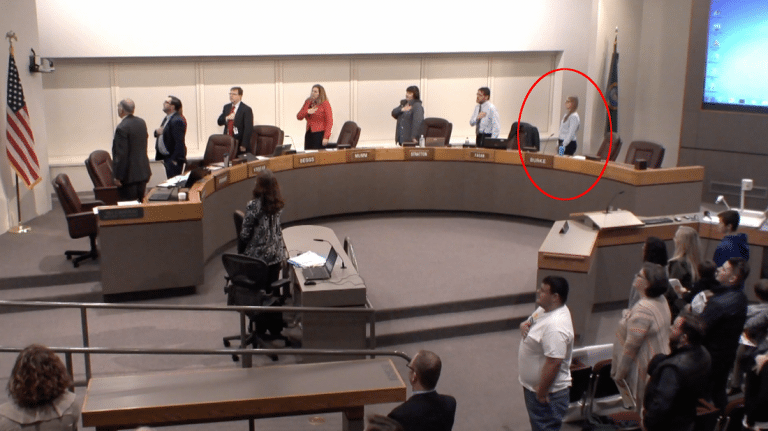 Her reason for not participating is rather straightforward, and it’s one that’s familiar to a lot of atheists. She relayed it to news station KHQ:

I absolutely love and believe in my country and our community which has everything to do with why I chose to run for office. I also believe and have respect for our constitution which calls for the separation of church and state. And I do not believe it is appropriate to do the pledge from the dais of an official government meeting.

The news station added that she was referring to the words “Under God.”

Let’s state the obvious: This is a non-issue. She’s no less patriotic than anyone else for the choice she’s making (no matter what some online commenters say). If anything, we could argue her stance is more patriotic because she’s basing her decision on her understanding of the Establishment Clause instead of just going through the motions as so many others often do.

We’re never told who complained about this, or how many people, and there’s no indication her colleagues have a problem with it… so it almost seems like a desperate attempt for local news channels to gin up controversy where none exists.

Burke told me no constituents had raised concerns about her decision, at least to her knowledge, and it wasn’t until just recently that anyone noticed or paid attention. She added that “folks know that I am not religious, but I don’t think my religion should be a part of why I am elected or what I do.”

As for the Pledge itself, while she’s always been troubled by the wording and never said “Under God,” she only stopped saying the Pledge altogether — and keeping her hands at her side — after she was elected to office.

… I realized I didn’t feel right doing it. It made me feel like a drone that was just doing what I was supposed to do. So I stopped saying it altogether.

Sounds like an intensely personal decision. She deserves a lot of credit for doing something more officials ought to consider.

Side note: When Burke was sworn into office, she took a Star Trek-themed oath, vowing to “boldly go where no one has gone before.” Nicely done. You can see it around the 8:35 mark below: 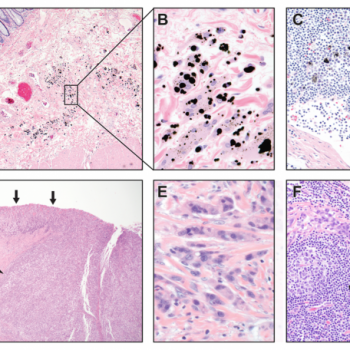 April 13, 2018
Is the News of a New Organ in the Human Body "Unproven and Probably False"?
Next Post 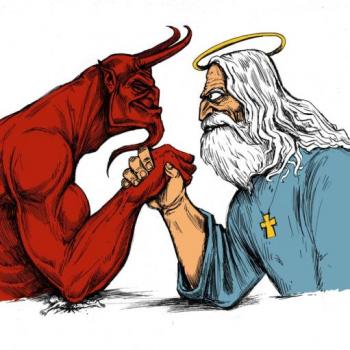 April 13, 2018 Speak of the Devil: New Pope Document References Satan More Than a Dozen Times
Browse Our Archives
What Are Your Thoughts?leave a comment