Mao and Jesus Are Duking it Out in China, and Jesus Is Losing April 12, 2018 Terry Firma

Mao and Jesus Are Duking it Out in China, and Jesus Is Losing

On the first of my three visits to the country over the past 14 years, I visited a textile museum and atelier in Guangzhou, where I observed Mao’s portrait being woven. (My vexation turned to amusement when I saw that other weavers in the same room were working on commissioned pictures of American Coca-Cola executives.) I’ve also seen giant likenesses of Mao at the Tiananmen Square entrance to Beijing’s Forbidden City, as well as hewn in granite, Mount Rushmore-style, on Changsha’s Orange Isle.

Perhaps most of all, Mao is present in the country’s bookstores, where his ideas are still touted as the greatest national accomplishment since the Great Wall. Quotations from the Works of Mao Tse-tung, Mao‘s little red opus, sold anywhere from 400 million to more than a billion copies (estimates vary), making it the second-most popular book in history.

The first-ranked book, with billions of copies in circulation worldwide, that’s another story. 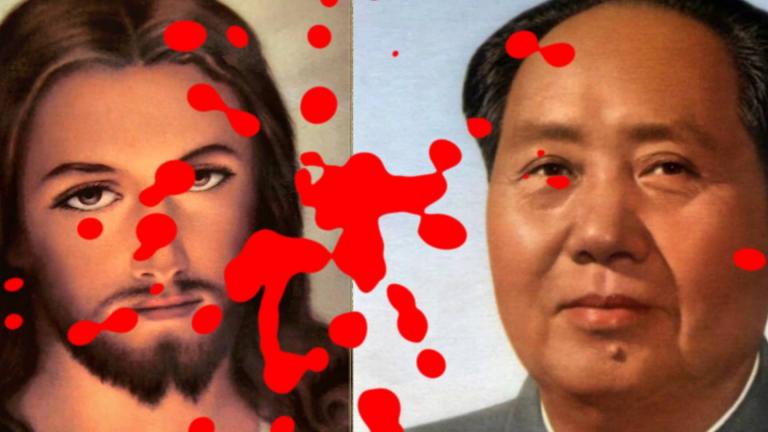 The Chinese government has banned online retailers from selling the Bible, moving in the wake of new rules to control the country’s burgeoning religious scene.

The measures to limit Bible sales were announced over the weekend and began taking effect this week. By Thursday, internet searches for the Bible came up empty on leading online Chinese retailers, such as JD.com, Taobao and Amazon, although some retailers offered analyses of the Bible or illustrated storybooks. …

The move aligns with a long-standing effort to limit the influence of Christianity in China. Among China’s major religions — which include Buddhism, Taoism, Islam and folk beliefs — Christianity is the only one whose major holy text cannot be sold through normal commercial channels. The Bible is printed in China but legally available only at church bookstores.

That doesn’t amount to a true ban on the Good Book, but it certainly is a restriction on free expression that wouldn’t fly in a democracy worthy of the name.

By the way, the Chinese authorities aren’t against all religions, and certain kinds of woo and superstition are in fact somewhat encouraged… as long as the Chinese people, by and large, steer clear of Islam and Christianity.

Although I’m no friend of the Christian faith, I find the Chinese crackdown on the Bible disturbing for two reasons. First, real freedom means, among other things, getting to choose what you read and which collection of tall tales to profess to live your life by. Second, the half-ban is an actual example of anti-Christian discrimination, as opposed to the ones spun Stateside by the likes of Todd Starnes.

The Chinese policy adds fuel to Christians’ already outsized persecution complex, and no one can say that, in this case, they don’t have a valid, even important point. 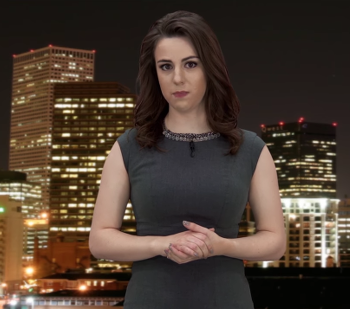 April 12, 2018
This Advice for Christian Filmmakers Comes from a Rather Unusual Source
Next Post