About eight years ago, he was listed as the co-author of a book called The Boy Who Came Back from Heaven. 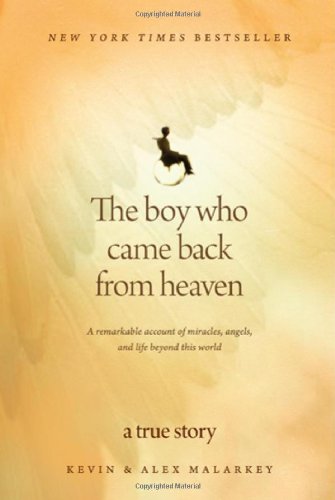 The title speaks for itself, but here’s the description of the book as published by Tyndale House:

In 2004, Kevin Malarkey and his six-year-old son, Alex, suffered an horrific car accident. The impact from the crash paralyzed Alex — and medically speaking, it was unlikely that he could survive. “I think Alex has gone to be with Jesus,” a friend told the stricken dad.

But two months later, Alex awoke from a coma with an incredible story to share. Of events at the accident scene and in the hospital while he was unconscious. Of the angels that took him through the gates of heaven itself. Of the unearthly music that sounded just terrible to a six-year-old. And, most amazing of all… Of meeting and talking to Jesus.

Wow. Alex fell into a coma, supposedly visited Heaven and saw Jesus, then regained consciousness and told the world about it with the help of his father. His book arguably jumpstarted that whole genre of people who tell us about their visit to Heaven, including Colton Burpo‘s late-2010 book Heaven is For Real and Dr. Eben Alexander‘s Proof of Heaven in 2012.

But then something weird happened in 2014. Alex’s mother Beth wrote on her now-deleted blog that she disowned the book. It wasn’t just wrong on the theology; it was exaggerated:

When Alex first tried to tell a “pastor” how wrong the book was and how it needed stopped, ALex was told that the book was blessing people…

ALex’s name and identity are being used against his wishes(I have spoken before and posted about it that Alex has tried to publically speak out against the book), on something that he is opposed to and knows to be in error according to the Bible. How can this be going on???

That was pretty bad. But it went under the radar for the most part. The book was still selling. The publishers weren’t about to remove the book from their catalogue. It gained another life due to the success of the other Heaven books. People wanted to believe it was real. And this revelation would’ve destroyed that narrative, along with the hopes of many Christians.

But several months later, Alex corroborated her story. He wrote an open letter on the website Pulpit & Pen saying that the story was fiction and he was exploited:

“An Open Letter to Lifeway and Other Sellers, Buyers, and Marketers of Heaven Tourism, by the Boy Who Did Not Come Back From Heaven.”

Please forgive the brevity, but because of my limitations I have to keep this short.

I did not die. I did not go to Heaven.

I said I went to heaven because I thought it would get me attention. When I made the claims that I did, I had never read the Bible. People have profited from lies, and continue to. They should read the Bible, which is enough. The Bible is the only source of truth. Anything written by man cannot be infallible.

It is only through repentance of your sins and a belief in Jesus as the Son of God, who died for your sins (even though he committed none of his own) so that you can be forgiven may you learn of Heaven outside of what is written in the Bible… not by reading a work of man. I want the whole world to know that the Bible is sufficient. Those who market these materials must be called to repent and hold the Bible as enough.

He was still a Christian, but the rest of the story was a lie. He never went to Heaven but said he did for the sake of attention. And for those who found solace in his story, he said his (false) testimony should never have overtaken the gospel itself.

What did that statement say about the publishers who were profiting from his lie (and who never fact-checked his claims despite calling it a “true story” on the cover)?

Hell, what did that say about his father?!

Tyndale House, the publishers, said a couple of days after that statement came out that they would stop selling the book. Though by that time, the book was no longer making headlines.

And now we have a new twist to this case.

According to Courthouse News Service, Alex has sued Tyndale House. He says that he hasn’t made a dime from the book even though it’s his name and likeness and “story” that made them millions of dollars. Adding insult to injury, the lawsuit notes that Alex “survives on Social Security payments and support from his mother” and that they’re “on the verge of being homeless.”

Specifically, Alex says Tyndale House knew he wasn’t the author of this book, that he never consented to being listed as the author, and that the story wasn’t accurate. But they went ahead and used his name and likeness to sell a lie.

He also says that, by spreading the myth, “Tyndale House placed Alex, a Christian, in the highly offensive position of either having to lie and claim that the false story… was true, or else having to fight back against Tyndale House, its massive publishing operation, and promotional campaign to let the truth be known.”

He’s suing now because he’s a legal adult with appropriate standing to bring forth this case. And he wants the money they made off of him.

If Alex can prove Tyndale House knew the story was a lie and that he had nothing to do with it, this could get really interesting. Not only would it mean a Christian publisher put profits over the truth, it could be a costly mistake for the Tyndale folks.

They haven’t issued any public statements about the lawsuit, but you can bet they’ll fight back vigorously.

April 11, 2018
After Allegations of “Inappropriate Behavior,” an Influential Pastor Resigns
Next Post 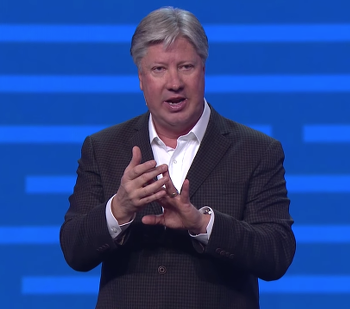