Where Are All the Atheist Hospitals? Asks Catholic Who Never Did Any Research April 8, 2018 Hemant Mehta

Where Are All the Atheist Hospitals? Asks Catholic Who Never Did Any Research

Writing for the National Catholic Register, Angelo Stagnaro has something to say to all those atheists who claim God doesn’t exist in part because innocent people struggle with life-threatening diseases: “God can’t exist if little kids with leukemia exist!”

Stagnaro goes on to say atheists want those kids to die (no we don’t) because it proves our point about God (no it doesn’t). In fact, if the kid gets better, we could easily chalk that up to scientific advancements, educated doctors and nurses, and our body’s ability to adapt.

But it’s the next thing he claims that’s so troubling. 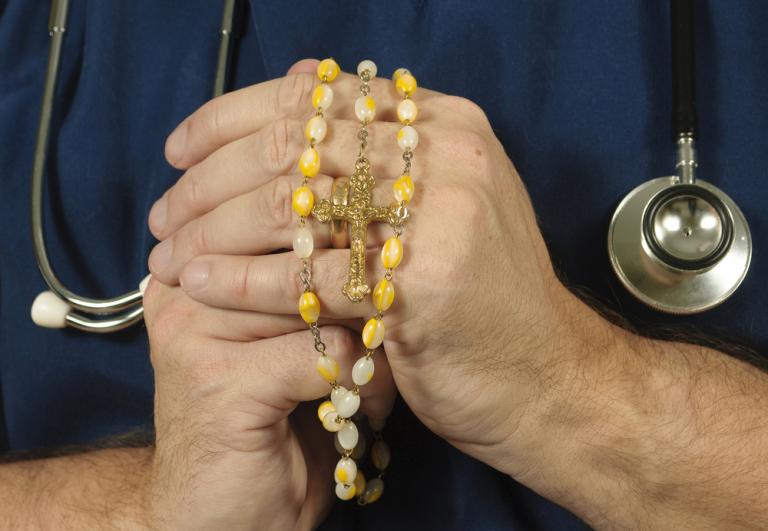 Why doesn’t God heal every child with leukemia? I’m unsure, but I know for a fact that atheists have never built a hospital for even one poor child with that disease so, thus far, the score is Atheists 0, God ∞.

In other words, instead of asking why God doesn’t cure every child, atheists should be asking themselves why they aren’t helping any child. Technically, as they are all so very “fond” of science, any atheist who refuses to earn a doctorate in biology and work tirelessly in a medical research center carries an even greater weight of moral responsibility for the pain and suffering of small children everywhere.

That’s quite the claim from someone whose day job is “stage magician and mentalist.” Needless to say, you don’t have to be a biomedical researcher to help other people.

But back to that comment about how he knows “for a fact” that atheists don’t build hospitals… It’s such an old canard, yet it gets repeated in religious circles all the time. Even the headline of his piece is “The Reason Why So Many Hospitals Have ‘Saint’ in the Name,” implying that Catholics want to help people but atheists don’t.

I have no doubt there are atheist hospitals, at least if we’re talking about hospitals built and run by atheists. You wouldn’t know it because we don’t slap Christopher Hitchens‘ name on them, but non-Catholic hospitals run exactly the way you’d expect if an atheist built them.

Stagnaro unfairly assumes that all non-Catholic hospitals are built without the help of any atheists, but he never backs that up with evidence. That’s because there is none.

Meanwhile, there are atheist-run charitable groups. And atheist scientists conduct a lot of the research used to help people in those hospitals. Unlike Catholic churches, we don’t have the built-in advantage of money coming in from everyone who claims to be an atheist. We don’t have their infrastructure, either. Why would we?

You give me some of that Vatican money, I’ll build you more hospitals. You give us the same tax breaks, more money will go to charity.

The point is this: Just because atheists don’t shout our generosity from the rooftops, or make our godlessness known on the sides of buildings, it doesn’t mean we care any less about people who are suffering.

The only people who say otherwise are the ones trying to trick you into believing a lie. Which is precisely what you’d expect from a professional magician. 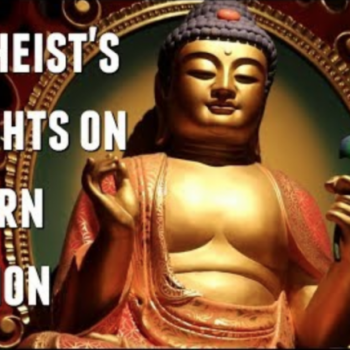 April 8, 2018 Watch This Atheist YouTuber's Reflections on Eastern Religion
Browse Our Archives
What Are Your Thoughts?leave a comment