Australian Rugby Star: Gay People Will Go To “HELL… Unless They Repent”

Israel Folau, one of the most famous Australian rugby players, is under fire this week after saying on Instagram that God’s plan for gay people is “HELL.. Unless they repent of their sins and turn to God.”

The 29-year-old “devout Christian” has since deleted his comment, but the screenshots aren’t going away and the comment falls in line with what Folau said last year when Australia was debating marriage equality.

I love and respect all people for who they are and their opinions. but personally, I will not support gay marriage.

What’s different now is that Folau doesn’t seem to have any support.

Rugby Australia quickly disassociated itself from the views of Folau… “Israel’s comment reflects his personal religious beliefs but it does not reflect the view of Rugby Australia or NSW Rugby,” said [chief executive Raelene] Castle. “We are aligned in our view that rugby is a game for all, regardless of sexuality, race, religion or gender, which is clearly articulated in Rugby’s inclusion policy. We understand that Israel’s comment has upset a number of people and we will discuss the matter with him as soon as possible.”

Even the sponsors are getting in on it:

“As a sponsor of Rugby Australia, we’re supportive of their approach towards tolerance and inclusion, which aligns with our own,” Qantas told Fox Sports. “We’ve made it clear to Rugby Australia that we find the comments very disappointing.”

They’re not pulling out, but I’m not sure they should even consider that. The entire association isn’t responsible for the religious beliefs of its players. More importantly, Folau’s views are standard for evangelical Christians who believe gay people who act on their sexual orientation are committing a sin and will therefore go to Hell unless they repent.

Unless Rugby Australia wants to ban conservative Christian players, it’s unclear what any discussions with Folau will lead to.

What Australian companies should do is stop rewarding him. Don’t use him in advertising. Don’t ask him to sponsor your product. And any company that does should be avoided by Australians who don’t want to give their money to a company that isn’t bothered by his faith-based hate.

By the way, Folau has plenty of tattoos on his body. So it’s not like he takes every biblical rule seriously. Just the ones that concern people he hates.

(Screenshot via YouTube. Thanks to Guy for the link) 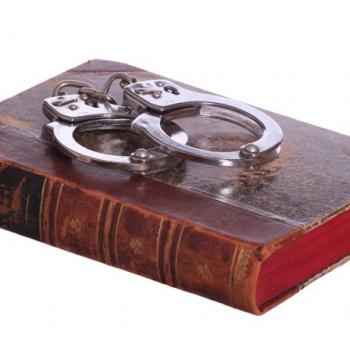