Poll Shows a Third of Millennials Aren’t Certain the Earth is Round April 6, 2018 Hemant Mehta

The media loves to mock millennials for killing the diamond, napkin, and chain restaurant industries, but reporters have missed a major one… until now.

It turns out millennials are killing the idea that the world is round. (Or spherical, anyway.) 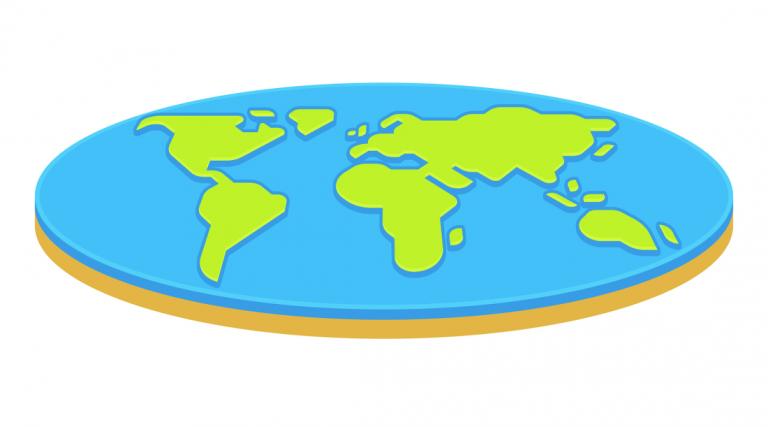 A new poll from YouGov finds that only 66% of people ages 18-24 fully accept a round Earth. 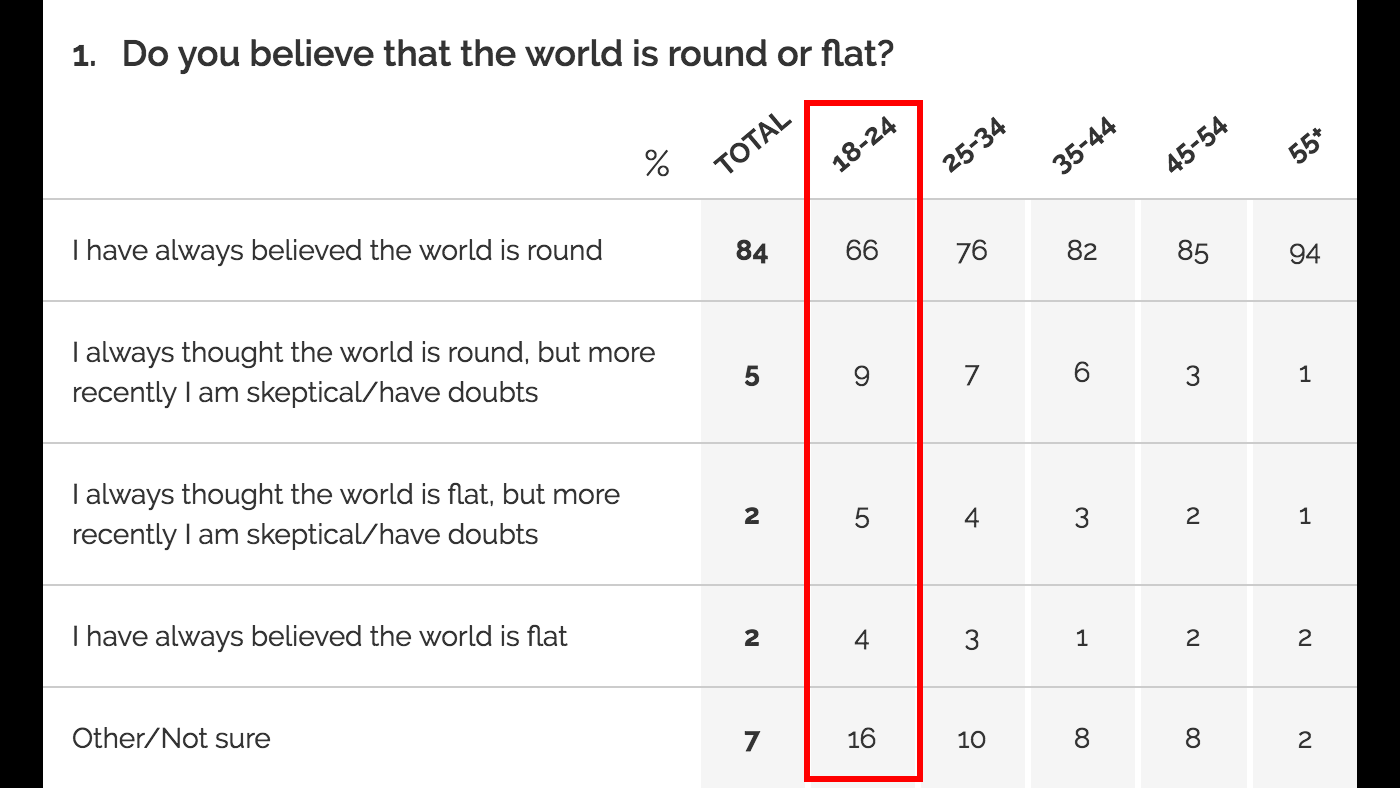 While only 4% believe our planet is flat — a number still greater than any previous generation — what’s scary is how many people lean one way or the other, have doubts, or just aren’t sure.

What’s happening, I’m assuming, is that a handful of athletes and rappers and YouTubers have received attention for claiming the Earth is flat, and a lot of gullible young people are willing to accept the idea that there’s some conspiracy afoot. The proponents of the myth include football player Geno Smith, NBA star Kyrie Irving, rapper B.o.B., and this idiot who tried launching a rocket into space so he could prove the flatness once and for all. (The rocket never went high enough. So sad.)

It’s also interesting to see that, while only 20% of people consider themselves “very religious,” that number jumps to 52% among Flat Earthers. (By comparison, 25% of people don’t belong to any organized religion, but among the conspiracists, that percentage drops to 17%.) 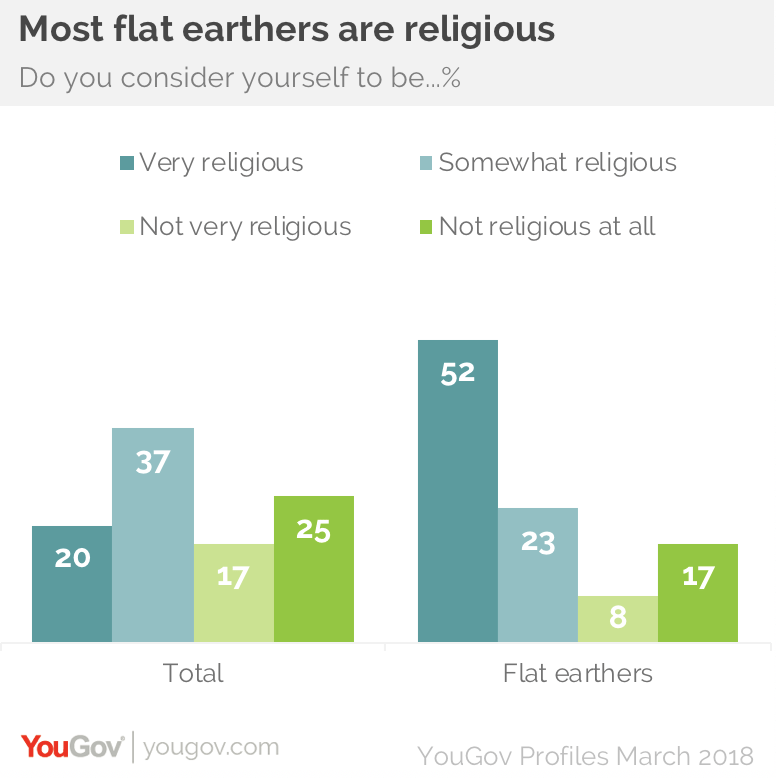 Science educators have their work cut out for them.

It’s depressing how we can have all the information in the world at the tip of our fingers yet some people still always embrace nonsense. 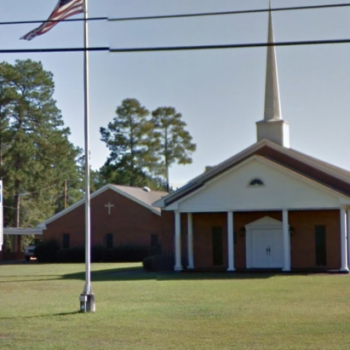 April 7, 2018 Baptist Association in Georgia Kicks Out Church for Being Too Racist
Browse Our Archives
What Are Your Thoughts?leave a comment