A Pennsylvania district attorney resigned on Wednesday after it was revealed he had offered leniency to female criminals if they had sex with him.

That story of abuse and assault is even more disturbing when you realize he’s been a champion for conservative Christians. 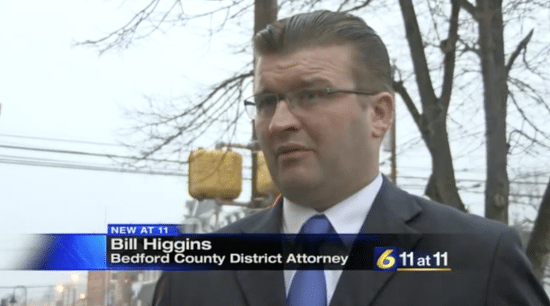 Here’s a story that seems unrelated to the DA, but it’ll make sense in a moment. In 2013, a Christian service organization called “Love in the Name of Christ” put a statue of a kneeling Jesus on their property in Bedford County. 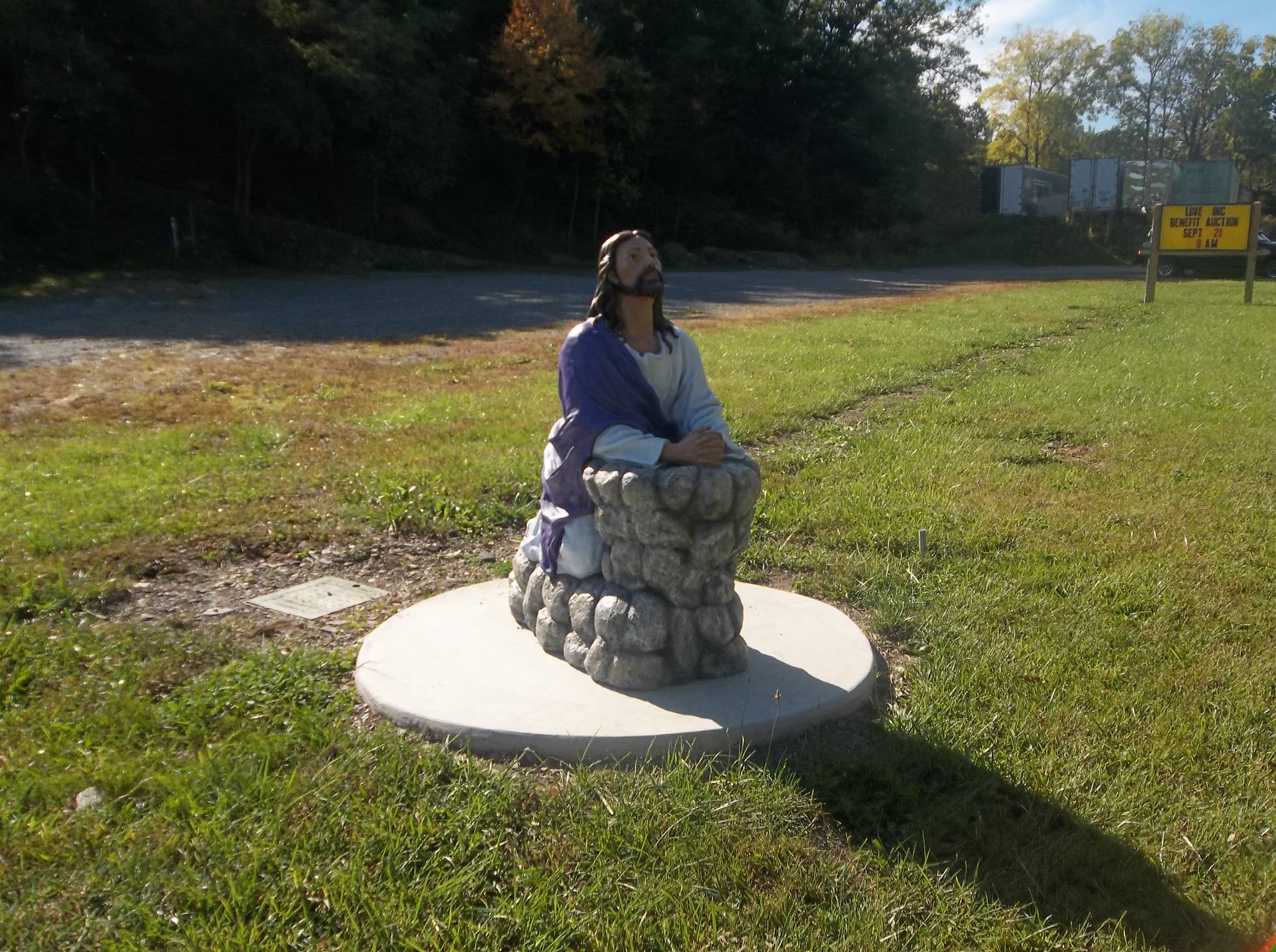 That’s perfectly fine, of course. But that statue was in the news a year later when a 14-year-old kid thought it’d be hilarious to take pictures next to the statue so that it looked like Kneeling Jesus was giving him a mock-blowjob.

He then put those pictures up on Facebook. Because he was 14. And an idiot.

The police weren’t laughing when they found out.

Maybe he deserved a charge of trespassing. But the police went much further than that, charging him with desecration. In Pennsylvania, that meant he was accused of “defacing, damaging, polluting or otherwise physically mistreating in a way that the actor knows will outrage the sensibilities” of people who learn of the action. This was considered a second degree misdemeanor.

It was basically a blasphemy charge. It also didn’t make any sense since there was no actual, physical desecration to the statue. The kid wasn’t trying to offend anyone. It was more like a high school prank that he figured his friends would appreciate. He also didn’t damage or alter the statue in any way. If he hadn’t posted the pictures online, no one would’ve even known he was there.

Yet had he been convicted, he would have faced two years in jail.

You don’t have to approve of what that kid did to see how the charge against him was completely over the top. Believe it or not, under Pennsylvania law, he would’ve received a lesser penalty had he vandalized the statue instead.

The Bedford County District Attorney who tried enforcing this ridiculous law was Bill Higgins. At the time, he made a Facebook post decrying the ACLU and other groups who were asking him to be lenient.

“I guess I should take solace in the fact that the liberals are mad at me — again,” Higgins said Thursday on his Facebook page. “As for this case, this troubled young man offended the sensibilities and morals of OUR community. … His actions constitute a violation of the law, and he will be prosecuted accordingly. If that tends to upset the ‘anti-Christian, ban-school-prayer, war-on-Christmas, oppose-display-of-Ten-Commandments’ crowd, I make no apologies.”

In Higgins’ mind, this young man offended everybody by mocking Jesus, and he deserved to pay a price for it. Because the pro-Christian crowd demanded no less!

The good news is that when the kid was finally sentenced, he didn’t have to spend two years in prison. Instead, he had to avoid social media for six months, obey a 10:00 p.m. curfew, and complete 350 hours of community service. His criminal record upon completion of all that would be clean.

But back to Higgins.

As this story made the rounds in the media, a lot of other stories came out about Higgins, too. And we learned that this moral crusader wasn’t exactly an ethical guy himself.

When it came to offending the community’s sensibilities, just look at what he posted on his now-deleted Twitter account: 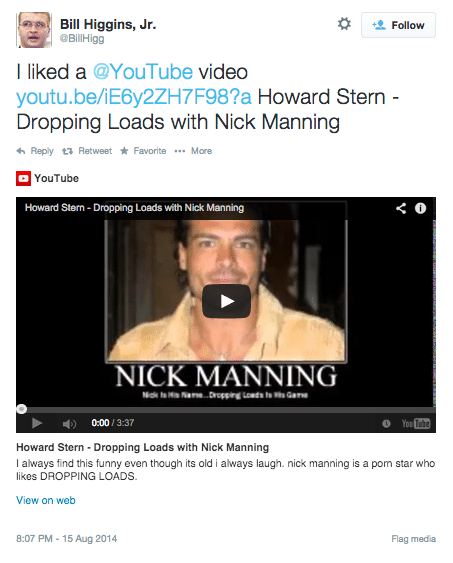 I guess he also didn’t think he was offending anyone’s sensibilities when, in 2008, after a meeting of the Bedford County GOP where he served as vice chair, he had sex with a woman in his DA office. The sex itself wasn’t a crime, per se, but that same woman later claimed Higgins sexually assaulted her. The charges were later dropped. (Higgins was married to someone else at the time, which means he at least committed adultery… but we know how little Christians seem to care about that these days.)

All of that brings us back to what happened this week. Higgins was formally charged with “trading his power and law enforcement authority for sexual favors.”

The attorney general’s office charged Mr. Higgins with obstructing administration of law or other governmental function, official oppression, recklessly endangering another person, intimidation of witnesses or victims and hindering apprehension or prosecution.

“District Attorney Higgins traded his power and law enforcement authority for sexual favors and violated his oath to the people of Bedford County — compromising the security of his community and the safety of confidential informants,” state Attorney General Josh Shapiro said in a statement.

“Higgins’ conduct and manipulation of these women was a complete betrayal of the trust of the good citizens of Bedford County — who elected him to enforce the law and keep them safe. Today, with our partners in the Pennsylvania State Police, we are ending this culture and working to restore trust in the Bedford County District Attorney’s Office.”

That guy — the one who was so willing to drop charges against certain women if they agreed to sleep with him — is the same one who was eager and willing to put a kid behind bars for two years over a prank involving a statue of Jesus. Because that would have “offended the sensibilities and morals of OUR community.”

(Screenshot via YouTube. Thanks to Jeremy for the link. Portions of this article were published earlier) 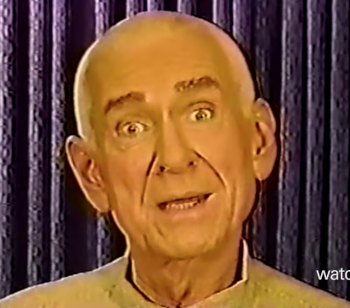 April 5, 2018
Assorted Cuckoo-Birds and Con Men Pretend to Be God In This Entertaining Video
Next Post 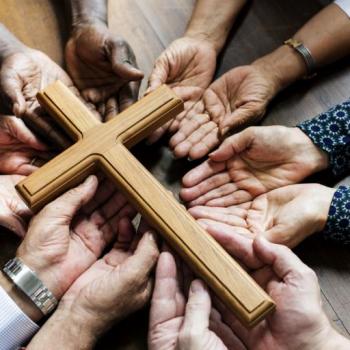 April 6, 2018 The Reactions to GWU's "Christian Privilege" Seminar Show Why It Was Necessary
Browse Our Archives
What Are Your Thoughts?leave a comment