In the Australian state of Victoria, the Parliament has a rather quaint bipartisan tradition. If someone can’t be present for a vote for good reason — say the birth of a child or a funeral — then someone from the opposing party volunteers to also sit out for the vote. By doing that, a personal conflict doesn’t influence the outcome of a vote. It’s a system they call “pairing.”

Last week, there was a major legislative battle involving the Fire Services Bill, which would restructure the state’s Metropolitan Fire Brigade and Country Fire Authority. I won’t get into whether that bill was good or bad, but what you need to know is that the majority wanted to pass the bill and the opposition did not. It was going to be a close vote either way and the debate extended into the holiday weekend.

That was a problem for two members of the center-right Liberal Party, Bernie Finn and Craig Ondarchie, because they had no desire to be working on Good Friday. 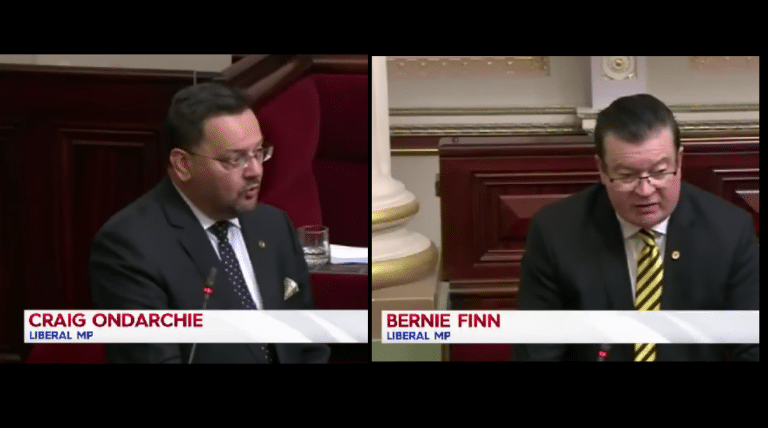 “This is the day that my Lord was crucified. I do not want to be here,” Mr Ondarchie said…

Okay. Fine. The center-left Labor Party offered two of their own members for a pairing, so that the religious holiday wouldn’t affect the final vote. Neither of them would be present that day.

Then, on Friday morning, just as the vote was about to occur, Finn and Ondarchie decided to show up.

And the legislation was defeated 19-18 because the two Labor Party members who promised to stay home had indeed stayed home.

It’s the very definition of a dick move. The opposition party gained the trust of the majority using the excuse of God, then betrayed them when the opportunity presented itself. (Think Mitch McConnell refusing to hold hearings or a vote for Supreme Court nominee Merrick Garland for nearly a year, based on a rule that he just made up, in the hope that Republicans could eventually steal a Supreme Court seat, which they did.)

Even if this legislation deserved to be defeated, the political maneuvering has created all kinds of controversy:

[Victoria’s Acting Premier Jacinta] Allan said their actions were a betrayal of the Parliament and their religion.

“The Liberal Party and certainly [Opposition Leader] Matthew Guy have absolutely forfeited their right to lecture anyone ever again on issues to do with honesty, integrity or probity,” she said.

“What we saw happen on the morning of Good Friday, the betrayal on Good Friday of not just the institution of the Parliament but also religious institutions as well, was an absolute disgrace.”

Matthew Guy, that opposition leader, didn’t give a damn. He was celebrating the victory on Twitter:

Am so proud of my Upper House colleagues and the MPs who stood up for our CFA today and defeated the Andrews Govt plan to smash it up. The Liberal Nationals will always stand up for volunteers against this bully of a Premier.

Fiona Patten, the left-wing legislator who founded the Reason Party (formerly the Australian Sex Party), told one newspaper that this was “ball-tampering of the highest order.”

It’s bad enough that legislators lied about their absence to gain an upper hand. They also used the excuse of religion to give their lie more weight.

We know politicians often cite religion when making policy decisions. Most of them surely do that because they really believe that garbage. Some of them, however, use God as a shield to protect them from an unpopular vote. (Don’t blame me for blocking LGBTQ rights! It’s my religion!)

These Victorian jerks used God to get a concession of sorts from their opponents, only to use that generosity and goodwill against them.

When the elections take place in November — and everyone will be on the ballot — this may well become a prominent campaign issue.

(Screenshots via YouTube. Thanks to Chris for the link) 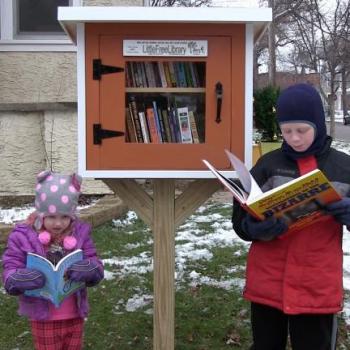 April 5, 2018 Ultra-Orthodox Jewish Schools in NYC Keep Failing… and Things Just Got Worse
Browse Our Archives
What Are Your Thoughts?leave a comment