Being a Successful Science Communicator Doesn’t Require an Inflammatory Approach

It was nearly two years ago when 12-year-old Marco Arturo posted a video on Facebook showcasing his folder full of “evidence that vaccines cause autism.”

We’ve all been lied to, by doctors and pharmaceutical companies, about vaccines. And after a lot of research, I realized that vaccine do and will cause autism…

He then opened his folders to reveal the research… and, wouldn’t you know it, they were full of blank papers.

There’s nothing. There’s nothing… I think it might be because there is absolutely no evidence to support the statement that vaccines are linked to autism in any way whatsoever…

That video got more than 8 million views on Facebook because it had something for everyone: (1) An adorable young kid (2) debunking misinformation (3) in a rather clever way.

But now, in a New York Times article focusing on effective science communication online, Marco says he may have gone too far in his sarcastic approach.

“I look back on it and see that I was actually quite rude,” Mr. Zozaya, now 14, said during a video call. “But everyone went crazy for it.”

“Think about it from their perspective,” he said. “There’s people who are like, ‘I would rather have my child die of X deadly disease and be contagious and put everyone else in danger than have my child get this condition that you were born with.’”

As it happens, he later found out he is on the autism spectrum himself.

Mr. Zozaya realized he wasn’t convincing anyone by picking fights, nor was he doing much to further human understanding. But when he shifted toward more informational videos — like an analysis of the role snakes play in the environment — his viewership plummeted.

First of all, he wasn’t rude. And you have to appreciate his empathy.

As for the plummeting viewership, though, it’s not something he should worry about.

Anyone who’s had a viral moment online will tell you how demoralizing it can be when you think people are interested in what you have to say… only to find out the magic isn’t always easy to replicate.

But people who manage to gain a following, no matter the topic, figure out how to get an audience to tune in. As the article notes, there are science communicators who are really good at getting across real information in novel ways. Maybe it’s their personality, maybe it’s the quality of their videos, maybe it’s their humor. You don’t have to be nasty to the other side to be effective, though that, too, can be powerful.

Many of the successful science vloggers cited in the article don’t take the nasty approach at all. They aim to bring people into the fold more than firing up those who are already in it. The same goes for Marco’s idol, Neil deGrasse Tyson.

I can speak to the whole virality thing from experience. I’ve had viral posts on this site and there’s no way I could’ve predicted which ones they’d be in advance. What I’ve tried to do is learn from what posts people are reading. Anyone who goes through my archives can see a clear change between what I posted a decade ago and what I post now. It’s the same kind of information, but I approach it very differently.

The same thing applies to YouTube, where my videos are mostly me talking into a camera. I’ve had some go viral and others that I felt were timely and relevant and went absolutely nowhere.

Not that Marco asked, but I would offer this advice to him and anyone else wondering how to be an effective communicator: Do whatever you’re comfortable with. Do it regularly. And adjust as necessary.

I sincerely hope you get the joy of being able to cringe at all of your old work. Because the only way that happens is that you got better at your craft.

Marco, in that article, expresses frustration that his more serious videos didn’t get the viewership he hoped for, but they were also longer than the vaccine one, not about controversial topics, and not videos I’d necessarily share with strangers.

That doesn’t mean they’re bad. That just means he has more data points to figure out what works with his audience and what doesn’t. I hope he takes the good feedback and makes his next video even better. Along the way, he’ll get better equipment, and microphones, and lighting, and even more people will tune in.

I know it’s a cliché, but people who are great communicators failed plenty of times to get to that point. Marco has the fantastic advantage, though, of being 14. By the time he graduates from high school and college, he’ll be a pro at making videos people can’t wait to see. 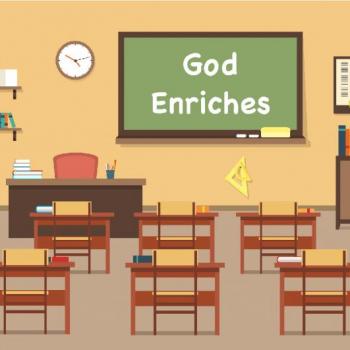 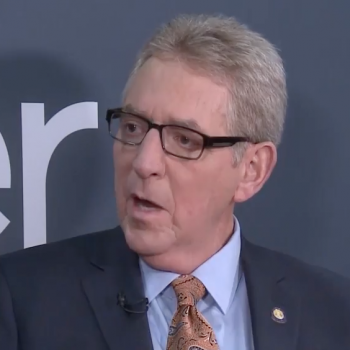 April 4, 2018 Idaho GOP Lt. Gov. Candidate Says Women Should Be Put to Death for Abortions
Browse Our Archives
What Are Your Thoughts?leave a comment