No, Most Atheists Are NOT “Veering Dangerously Toward the Alt-Right” April 3, 2018 David Gee

No, Most Atheists Are NOT “Veering Dangerously Toward the Alt-Right”

Some popular atheist YouTubers are notoriously anti-feminist, one notable atheist author said he’s a supporter of Donald Trump, and Richard Spencer himself has identified as an atheist.

Does that mean the atheist community — whatever that means — is “veering dangerously toward” the alt-right?

Yes it does, according to an article published at Vice by author Chris Stedman. He makes the argument that “too many atheists” — we’re never told how many that is — are part of the alt-right and that “atheists can’t afford to be quiet about it.” 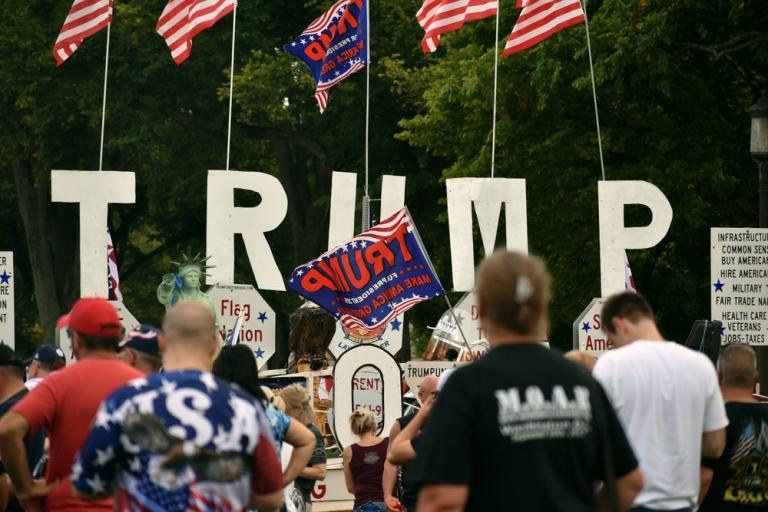 This may be technically accurate since one member of the atrocious white nationalist movement is too many, but it also plays into the false narratives that the atheist movement functions as a monolith and that the actions of a few independent actors (no matter their popularity) speak for everyone else.

Stedman also lumps together everything — from criticism of Islam, to frustration with “identity politics,” to accusations of sexual harassment, to outright endorsements of Trump — as part of a singular mindset that must be stopped.

His article mentions me (David) twice by name, referring to two interviews I did with Spencer. In one, Spencer revealed he was an atheist. In the other, I compared his ideology with that of ISIS and other radical Islamic groups (who, like him, believe in cultural assimilation and have created laws to force women to wear headscarves).

Richard Spencer, the white supremacist and movement figurehead who coined the term ” alt-right,” discussed his atheism last year in an interview with atheist blogger David McAfee. When he posted the interview on his own website, Spencer retitled it “The Alt Right and Secular Humanism,” leaving no doubt that he sees atheism and humanism as linked to his cause. Yet I don’t know of any prominent atheist, humanist, or secular organizations that took the opportunity to condemn Spencer.

First of all, Stedman glosses over the fact that, when I broke the news of Spencer’s atheism, I took the opportunity to condemn him. In a guest post featured on this very site, I explained that his revelation told me more than just the religious preference of a particular White Nationalist.

It tells me that no matter how much some atheists want to believe otherwise, we’re not inherently rational or reasonable. Spencer’s beliefs (or lack thereof) debunk that myth in one fell swoop.

Secondly — and I know this is obvious — it’s important to note that atheists are not part of a cohesive religious group. We don’t have doctrines or dogmas or scripture, and we don’t have “leaders” who speak on behalf of all of us. There are, of course, people who run organizations that promote secularism as well as advocates for those ideas who have a large reach, but no one would reasonably suggest anyone functions as an Atheist Pope, deciding what the rest of us believe or don’t.

The fact that someone is an atheist doesn’t mean they speak for all atheists. And unfortunately, there’s no way to kick atheists with other abhorrent views out of the non-existent fold. Richard Dawkins could block you on Twitter and you’d still get to be an atheist. That’s not true of, say, the Jehovah’s Witnesses or the Mormon Church, who get the final say in whether or not you’re a member.

Stedman is upset no secular groups condemned Spencer. But it’s not like any of them celebrated him either. When the American Humanist Association gives Richard Spencer an award for his activism, let’s talk.

What all of us as individuals can do is call out bad behavior when we see it, including among people who consider themselves to be atheists. There’s no shortage of bloggers and YouTubers and podcasters and “prominent” atheists who have done just that. Stedman, who said he walked away from online atheism several months ago, spends little time talking about any of them.

In cases when national groups have spoken out about people within the atheist “community,” it’s because they have ties to that individual — such as when the Freedom from Religion Foundation and the American Humanist Association gave separate statements on the behavior of Lawrence Krauss. Krauss was on their Honorary Board and received a major award from them, respectively. Issuing those statements made sense.

Richard Spencer, to our knowledge, has never been involved in secular activism in any way, nor was he a member of any particular atheist group. In fact, he’s often worked against our shared interests.

So what’s an example of a group that’s supportive of the alt-right? Stedman points to Reddit Atheism:

Three years ago Reddit’s atheism subforum, perhaps the largest community of atheists on the internet, was found to be the website’s third most bigoted — meaning not just tolerant of overt displays of bigotry, but actively supportive of them.

We explained the methodology of that survey here, but keep in mind it’s an anonymous forum dealing with a controversial issue. Emotions run high, people lash out. More importantly, when there’s an article about, say, a religious leader assaulting a child, the commenters are very likely to say some very nasty things about religion. By that survey’s methodology, that counts as bigotry since it “shows contempt/disagrees in a completely non-constructive manner.”

Saying “To hell with the Catholic Church” was counted the same as saying “Women deserve no rights.” Even though those are substantively different.

So to suggest atheists are alt-righters because an anonymous online forum popular among young men includes no-holds-barred critiques of religion (from people who may have just left their conservative churches) is quite a stretch.

While we’re at it, Sam Harris, Dawkins, and Bill Maher — all of whom are condemned by Stedman as having “expressed troubling sentiments that align with views held by the alt-right” — have openly and fiercely condemned Trump, White Nationalism, racism, anti-LGBTQ bigotry, religious intolerance, and gender inequality.

Stedman worked in the atheist movement “for the better part of a decade,” and he’s scared by what he’s seeing.

I (Hemant) have been in it for even longer, and I’m not. We’ve become more organized and more active in support of progressive values. As our numbers grow, though, so will the number of bad actors in our midst. People who say outlandish things will always find an audience. It doesn’t mean they represent the vast majority of us who try to think rationally and compassionately about all of these issues.

The bottom line is that, yes, there are atheists whose other beliefs overlap with the politics of the alt-right. Those of us with a platform ought to condemn those views when we see fit. But just because someone like Richard Spencer calls himself an atheist — or, for some reason, a Humanist — doesn’t mean there’s something wrong with the rest of us.

The only “bad atheist” is one who believes in a god.

Don’t confuse that with atheists who also hold other bad ideas. Richard Spencer falls in that category. So do a handful of prominent YouTubers, conference organizers, and writers. It’s possible to hold irrational, dangerous views about many things while being right about another. (See: Pat Robertson calling for a ban on assault weapons.)

Stedman is falling into the same trap as Christian apologists who claim atheism is evil because of people like Stalin and Pol Pot. Just because they were atheists doesn’t mean they were acting to advance atheism. Whatever Spencer’s religious views are, it’s clear they’re secondary (or tertiary or whatever) to his beliefs about White Nationalism.

For what it’s worth, while there are no clear surveys showing us the demographics of the alt-right, we know that only 13% of atheists and agnostics voted for Donald Trump in 2016. 67% voted for Hillary Clinton.

I (Hemant) suspect those numbers would be even more spread out today between Trump and any generic Democratic candidate.

That’s not what you’d expect if we had an alt-right problem.

One other thing: Stedman mentions that an unnamed source told him that an unnamed organization “shot down” a statement condemning Spencer because that would supposedly “draw attention to the fact that Spencer is an atheist.” Stedman leaves us with no way to get the other side of the story.

Needless to say, it’d be foolish to pretend there are no atheists who say or do awful things. There are. No one disagrees with that. And where there’s a very clear incident involving an atheist (as opposed to, say, a slower burn with Spencer), many groups have spoken out. In 2015, an atheist shot and killed three Muslims in North Carolina. Even though law enforcement found no proof that the killer was motivated by their religious differences, a number of secular groups immediately condemned his violent actions. They didn’t try to sugarcoat the fact that he didn’t believe in a god.

Just because they haven’t issued condemnations of every awful person who claims to be an atheist doesn’t mean they aren’t fighting against their other harmful beliefs on a regular basis.

It’s foolish to pretend that the march in Charlottesville had something to do with atheism, or that Breitbart is staffed with Dawkins fanboys, or that any significant number of atheists defend Trump and his acolytes.

Saying otherwise is the wishful thinking of a person who pops up every few months just to remind people that other atheists are less thoughtful and humanistic than himself.

(Image via Shutterstock. Hemant also contributed to this piece) 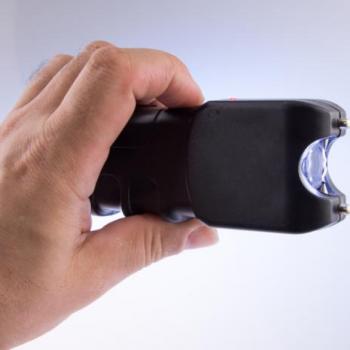