This Christian Professor Scoffs at Atheists For Finding Meaning Outside Religion April 2, 2018 Terry Firma
Patheos Friendly Atheist. ... Want more from the Friendly Atheist? Get our FREE Newsletters and special offers!

This Christian Professor Scoffs at Atheists For Finding Meaning Outside Religion

The history professor at California State University (and author for the conservative Regnery publishing company) can’t see how non-believers find meaning in life. He doesn’t like the results of two studies that say that we aren’t nihilists at all, that we find meaning and purpose to more or less the same degree that faithists do. Weikart thinks we are cooking the books. 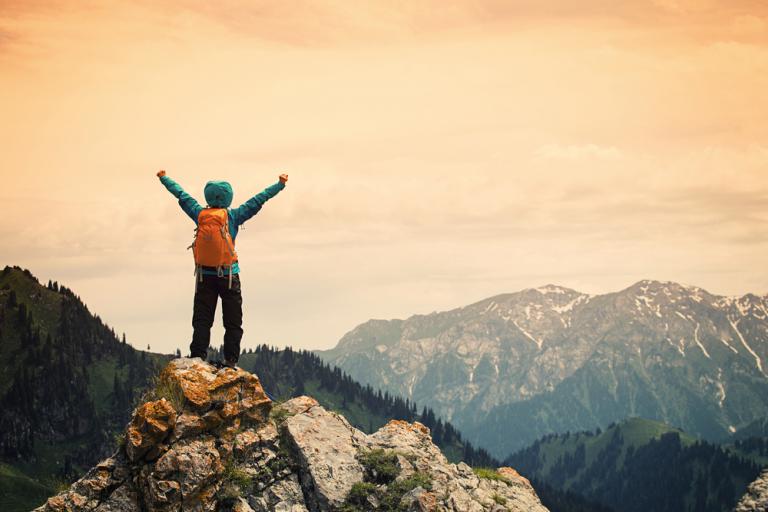 Early on in his recent article in the Federalist, he avers that

… atheists who insist that non-religious people can find meaning in life have changed the meaning of the word “meaning.”

Weikart attempts to support his clever-sounding phrase by writing that

… the meaning that atheists and non-religious people found in their lives is entirely self-invented. According to the survey, they embraced the position: “Life is only meaningful if you provide the meaning yourself.”

This may be true, but not in the way Weikart thinks it is.

Believers, en masse, claim that their holy books offer universal moral guidelines (which correlate to meaning). I’m writing this during Passover, a holiday purporting to celebrate liberation and a new start. However, according to Jews’ and Christians’ own foundational texts, Passover marks a heinous genocide, since the Israelites’ God-ordained freedom came at the expense of the murder of thousands of innocent Egyptian children. (For good measure, God, being a standup guy, also killed the firstborns of all animals.)

… [Passover’s] uplifting, modern message of freedom and redemption is a secondary derivation, created by carefully stepping around the unsavory parts of the tale.

Holy books are like that. Their admirers decide which parts to glorify and which parts to ignore, twisting themselves into pretzels to arrive at lessons about morality and meaning. (Good thing, too — otherwise we’d have Christians habitually stoning adulterers and persecuting aficionados of tattoos and polyester-cotton socks.)

Atheists and agnostics have decided that our purpose can’t be derived from gods who, in petty fits of pique, intentionally drown virtually every creature on Earth, or administer tests of faith involving the murder of believers’ own offspring.

Weikart thinks that when we decline to adopt believers’ tenets, we’re obviously wrong, because when non-believers create their own meanings in life, the lack of an objective moral standard means that we believe in “fairy stories.” Checkmate, atheists!

… many atheists and non-religious people have a hunger for meaning and a sense of moral rectitude that their worldview cannot satisfy. Sure, they are free to invent their own meaning and morality, but then they should be honest and admit that their meaning and morality has no advantage over the meaning or morality religious people put forward — or for that matter, it has no advantage over the meaning and purpose evil people invent. Their self-created meanings are every bit as much “fairy stories” as the religious ones they like to lampoon.

He attacks views like those of science writer Kat Arney, who is quoted as saying

“… the true meaning of life is what I make with the people around me — my family, friends, colleagues, and strangers. People tell religious fairy stories to create meaning, but I’d rather face up to what all the evidence suggests is the scientific truth — all we really have is our own humanity. So let’s be gentle to each other and share the joy of simply being alive, here and now. Let’s give it our best shot.”

Weikart then observes that “scientific truth does not tell us to be gentle to each other. It doesn’t tell us anything about how we should live.”

That might be a meaningful slam on the rudderlessness of atheists if only he could demonstrate that the religious lead more meaningful and more moral lives.

They don’t; just look at U.S. prison statistics, at the success of largely irreligious northern European societies in terms of social stability and overall well-being, at the social metrics that put the pious American South behind the Northeast and other less-religious regions, and so on.

If the non-religious achieve these kinds of successes as a consequence of “self-created meanings,” as Weikart charges, how is that a bad thing? He’s like a sputtering sports coach who insists that even though the team scores victory after victory, the players are failures because they have their own game plan.

You’d think that Weikart would be happy that even people who aren’t part of his Judeo-Christian clan lead meaningful lives that aren’t brought low by fatalism and nihilism. You’d be wrong.

My own theory is that most people can identify right from wrong, and choose accordingly, not because a holy book told us, but because through thousands of generations, our survival and that of our species depended on it. We are moral because we can’t thrive and advance without being at least somewhat sociable and coöperative. There’s a reason most people don’t become hermits. We need others. Not just to procreate, but to collaborate with, for all kinds of practical purposes. We reap what we sow. If we don’t love others, they probably won’t love us back. If we show them no kindness and support, they are unlikely to show us kindness and support, too. These things are not just feel-good emotions. They are necessary for our survival.

In times predating today’s religions, we joined forces with others to build hunter-and-gatherer communities. If you weren’t a helpful part of such a group, you probably weren’t very popular. If you grouched and slacked and mooched long enough, you might even be exiled. So there are clear reciprocal advantages to sharing, and to helping others, and to fishing, hunting, and building together. Those who violated the social contract would quickly find themselves without food if food got scarce, and without care if they got wounded or sick. That’s pretty much the mother of all incentives to be good.

Notwithstanding some cultures that were into cannibalism or human sacrifices, here’s what it almost always means to be good, at the tribe level: don’t murder, don’t rape, don’t steal, don’t make others suffer needlessly, and don’t be a selfish pig; and do try to treat others as you would like to be treated. Those were the general rules and expectations in the millennia before Judaism, Christianity, and Islam; they’re still perfectly valid today.

Seen this way, the purpose of life is to lift up the tribe, and indirectly, the species; and the tools to do so include empathy, reciprocity, and a broadly cooperative spirit — in other words, “do unto others.”

In fairness to Weikart, yes, people who create their own purpose in life won’t necessarily create a moral existence. They may not, per Kat Arney’s dictum, be gentle to others. They may even commit theft, rape, or murder. But religious people, despite claiming divine guidance and a god-given moral compass, are just as likely (if not more so, by some theories) to go down that regrettable path.

Wouldn’t it be nice if both sides acknowledged this, instead of trying to bury each other in, well, bad faith? 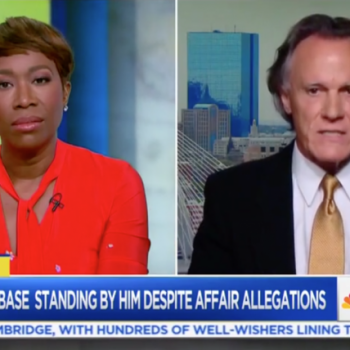 April 2, 2018
Frank Schaeffer: Many Evangelicals Spent Easter Asking "Who Do We Hate Next?"
Next Post 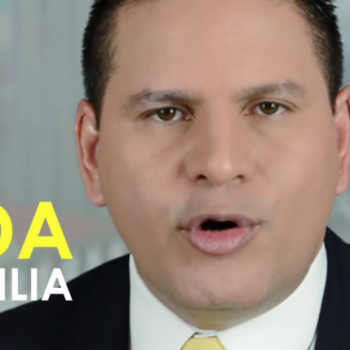 April 2, 2018 Costa Rica Wisely Rejected a Conservative Christian Candidate for President
Browse Our Archives
What Are Your Thoughts?leave a comment