More than a month ago, a Facebook user from Illinois posted a picture of a local high school basketball team gathering at center court with their opponents after a game for a communal prayer. What made it problematic was the presence of several adults in the circle, some of whom were presumably coaches or staffers. 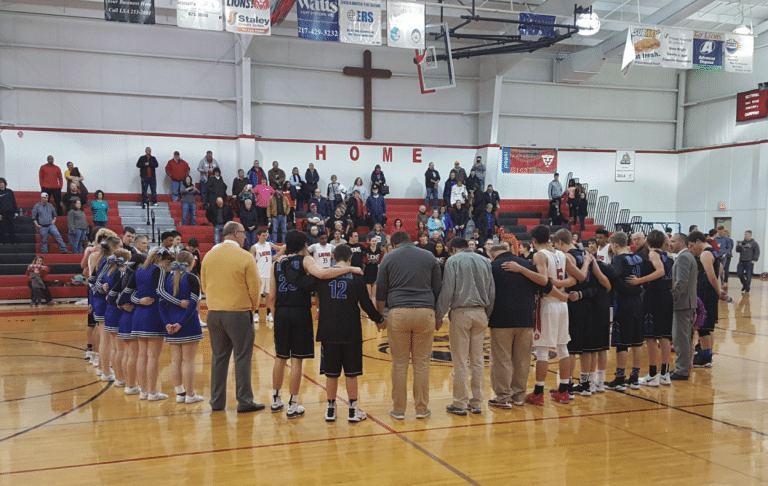 If true, that would be unconstitutional. It’s coercive for coaches to participate in prayers since it sends a message to students that they should join in order to remain on the coaches’ good side, get more playing time in games, etc.

Freedom From Religion Foundation attorney Ryan Jayne sent a letter to the superintendent who oversees Okaw Valley High School warning him about the problem:

FFRF asked the school district to commence an immediate investigation and take appropriate action to ensure that in the future Okaw Valley High School coaches wouldn’t pray with students during district athletic events.

That seems to have done the trick. Stauder responded to FFRF last week letting them know all coaches have been warned about the issue to make sure it never happens again.

“We have shared your concern with the athletic director,” Stauder wrote back. “We reinforced that this type of activity could be viewed as an endorsement of religion in violation of the United States Constitution. The athletic director was further directed to share this information with the coaching staff. We appreciate your concern and believe this matter is resolved.”

It’s the right move by the District, it avoids any potential lawsuit, and it’s best for all the students and coaches involved. Everyone is welcome to pray on their own, and students are welcome to pray collectively without adult involvement. But the mix of coaches and students praying at a public school is a problem, and this District now knows better than to let it happen again. 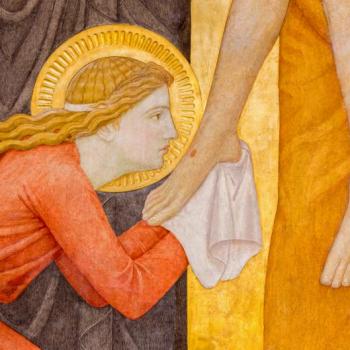 April 2, 2018
Mary Magdalene and the Gospel's #MeToo Moment
Next Post

April 3, 2018 Judge: Atheist's Lawsuit To Keep His "IM GOD" License Plate in KY Can Proceed
"In New Zealand, individual urinals would be an oddity. They'e typically a wall - or ..."
Jim E Jones GOP Candidate Laughs As Church Crowd ..."
"Which reunion? They've had how many lineups?"
Zizzer-Zazzer-Zuzz GOP Candidate Laughs As Church Crowd ..."
"Only with two down, one up."
muttpupdad Q Conspiracies Infect Evangelical Churches but ..."
"https://uploads.disquscdn.c..."
guerillasurgeon A Pastor’s Attempt to Shut Down ..."
Browse Our Archives
What Are Your Thoughts?leave a comment