Do you know why God wants us to support Donald Trump?

According to televangelist Jim Bakker, it’s all part of a test. Every one of us is a modern-day Job, but instead of death and destruction, we have to put up with ignorance mixed with anger topped with scandal, all because God’s making sure we’re truly faithful.

This is what he said on Friday’s show:

“He picked a president,” Bakker added. “He is testing; your evaluation of Almighty God is going on. God picks the unusual. God picks the one that no one else would pick.”

In any case, there’s some irony to what Bakker is saying. If history is any indication, the merger of evangelical Christians with today’s GOP will cause more people (especially young people) to walk away from religion in the coming decade.

This isn’t an example of God’s “mysterious ways.” This is what you’d expect from a Trump supporter trying to rationalize a president who’s an unmitigated disaster. Since pointing to his accomplishments won’t do the trick, might as well say it’s a sign from the Almighty. 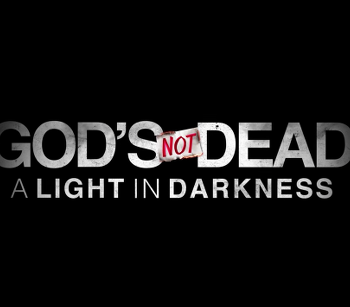 April 2, 2018 God's Not Dead 3 Was a Box Office Disaster
Browse Our Archives
What Are Your Thoughts?leave a comment