It was more than three years ago when the American Humanist Association’s Appignani Humanist Legal Center first filed a lawsuit on behalf of prisoner Kwame Jamal Teague.

Teague is a Humanist who was serving time at Lanesboro Correctional Institution in Polkton, North Carolina. He wanted to gather with fellow Humanists just like Christians and Jews do behind bars, but prison officials wouldn’t let him. Furthermore, the lawsuit said, they wouldn’t even let Teague officially identify as a Humanist. (He was first listed as “Muslim,” the faith he had growing up, and he later changed it to “Buddhist” since it was the closest he could get to a non-theistic faith. Neither was accurate.) 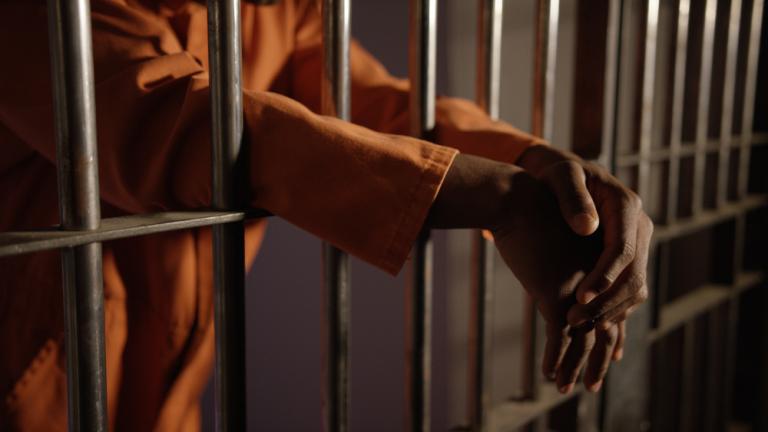 As the AHA said, there were several benefits afforded to religious inmates that Teague couldn’t get as a non-religious person.

Inmates who are members of Recognized Religions receive privileges, including but not limited to the following: (1) ability to meet with community-funded or volunteer chaplains on a regular basis; (2) ability to keep religious items in cells; (3) eligibility for enrollment in a religious correspondence course; (4) have community chaplain perform religious rites/rituals.

Inmates who are members of Recognized Religions are allowed to meet with their respective subgroups so that their communities can develop their ethical foundations with some sense of consistency in their teaching.

Humanist inmates cannot meet in groups in the same way inmates who are members of Recognized Religions can meet.

The resolution to this should have been quick and easy. Let the man identify as Humanist and let him gather with like-minded people. But the problem never got resolved, even after years of trying, and that’s why the AHA decided to sue.

“Giving special privileges to theistic inmates while denying the same to humanist inmates promotes religion over nonreligion in violation of the Establishment Clause of the First Amendment,” said Monica Miller, an attorney with the Appignani Humanist Legal Center. “The cases make clear that prisons must accord atheists and humanists the same treatment as theistic inmates when it comes to religious study groups.”

Since that time, Teague has been transferred to Nash Correctional Institution (also in North Carolina), but the issues he filed a lawsuit over were still in play since this was a system-wide problem.

“This is a great victory for Humanist inmates and nontheists everywhere,” said Monica Miller, Senior Counsel of the AHA’s Legal Center. “North Carolina’s unequal treatment of Humanist inmates violated decades of clearly established legal precedent. The Supreme Court has long held that Secular Humanism, and even atheism, must be treated as equivalent to a religion for First Amendment purposes. Today’s ruling vindicates the rights of equality and religious freedom guaranteed by the First and Fourteen Amendments.”

In addition to the victory, Boyle said that Humanism must be recognized as a “faith group” by the system and that Teague must be allowed to meet with like-minded individuals just as religious inmates get to do.

(The AHA successfully sued the U.S. Department of Justice in 2015 in order to achieve the same results in the federal prison system, but this case was specific to North Carolina.)

Not that it’s relevant to this particular case, but Teague is serving life sentences for the shooting deaths of two people in 1994. He claims he’s innocent. You can read a first-person account of his philosophy here. 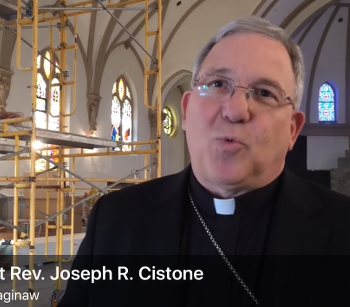 March 30, 2018
This Bishop Has Protected Child Sex Abusers in Two States and Must Step Down
Next Post 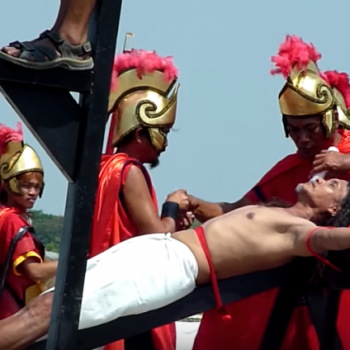 March 30, 2018 Every Good Friday, This Man Is Nailed to a Cross, and He Loves It
"I am an Atheist. Some of the most dogmatic, closed minded, science denying, free speech ..."
rerhart585 Preacher: God Will “Destroy” America’s Enemies, ..."
"Or if they do ask they will be hustled out of there right quick!"
marydn Conservative Pastor: I’m Going to Florida ..."
"If not for God punishing all americans for whatever percentage not believing in him how ..."
Darth_Tiktaalik Preacher: God Will “Destroy” America’s Enemies, ..."
"S'basically what Dr.Phil said about a cult leader... I can't remember the guy's name, but ..."
Kelley Gaither Conservative Pastor: I’m Going to Florida ..."
Browse Our Archives
What Are Your Thoughts?leave a comment