More than a decade ago, when I was writing I Sold My Soul on eBay, I visited a church in Houston run by a pastor named Kirbyjon Caldwell. He was a spiritual adviser to President George W. Bush — he even delivered the benediction at Bush’s inauguration and presided over Jenna Bush Hager‘s wedding — and his access to power and the size of his church was one of the reasons my publishers wanted me to be a part of his congregation for a day.

I hadn’t heard his name for a while… until I learned that he was just arrested on more than a dozen charges of conspiracy, wire fraud, and money laundering. 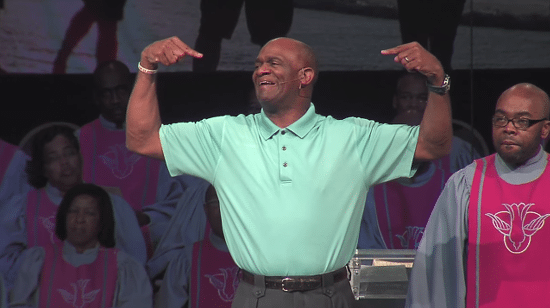 Caldwell is accused of using his position as the senior pastor of the Windsor Village United Methodist Church to help lure nearly $3.5 million in investments into historic Chinese bonds that are not recognized by the Chinese government. He and [financial planner Gregory Alan] Smith told investors they could see returns as high as 15 times their initial investment, according to the indictment.

The charges, filed by the Securities and Exchange Commission, accuses the men of cheating 29 investors between April 2013 and August 2014 for the bonds, which are described in the indictment as “mere collectible memorabilia.”

Naturally, Caldwell used religion to tide investors over, telling them they just needed to “remain faithful” and they would eventually recoup their money. They never did.

In addition to nearly $1 million he could owe in fines, Caldwell could spend up to 30 years in prison if convicted on all the charges. (Court documents also say he used the investment money to pay the mortgage on his home.)

It’s a colossal fall from grace for someone who built his church from the ground up, leading a congregation that eventually numbered around 16,000 people.

Should make for one hell of an Easter sermon this weekend. 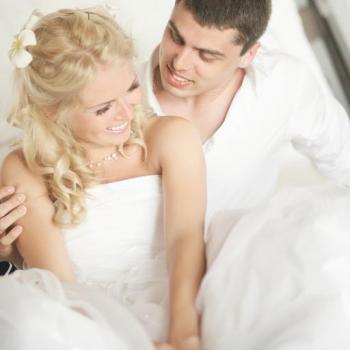 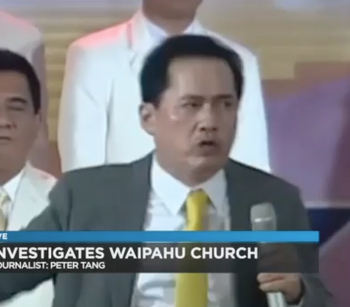