Every Good Friday, This Man Is Nailed to a Cross, and He Loves It March 30, 2018 Terry Firma

Every Good Friday, This Man Is Nailed to a Cross, and He Loves It

Today, people hammered Ruben Enaje to a cross in San Pedro Cutud, a village in the Philippines.

In fact, Enaje relishes the annual occasion — Good Friday — when he gets to play Jesus. He’s done it 32 years straight now, and it gets easier every time. It used to be that he was in pain twice — when the nails went in, and even more when they had to come out. Now it’s gotten to the point where the spikes driven through the flesh of his palms no longer hurt, he says. 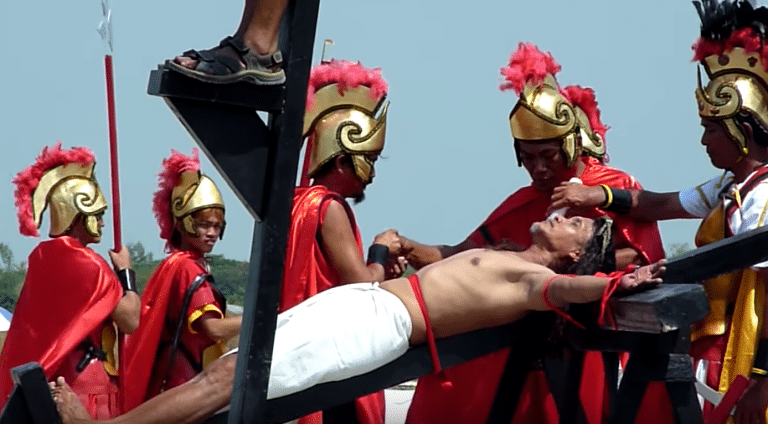 As you can see  from the video and the photos, Enaje’s commitment to historical and Biblical accuracy only goes so far. His hands never tear because his arms and wrists are thoughtfully tied to the cross in four places, to relieve weight stress on his palms. His feet aren’t affixed to the wood at all, and he gets to place them on a convenient little platform that protrudes from the bottom part of the cross.

After each (semi-)crucifixion, Enaje is given prompt medical help (alcohol and Bactine, antibiotics, bandages, painkillers if he wants them).

Due to the ghoulishness of the proceedings, the Catholic Church is unhappy with the young tradition. To no avail, local clergy have been telling the re-enactors to cut it out, but Enaje reckons that he owes God/Jesus tangible signs of his lifelong loyalty after the Almighty supposedly cured his daughter’s asthma and made a lump on his wife’s cheek disappear.

The other person Enaje worships, and with just as much reason, is Che Guevara.

To each his own. 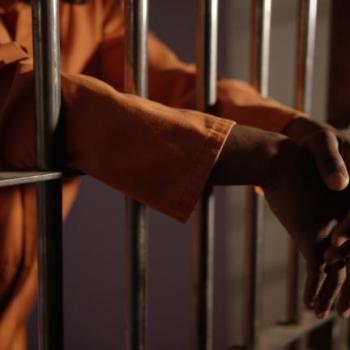 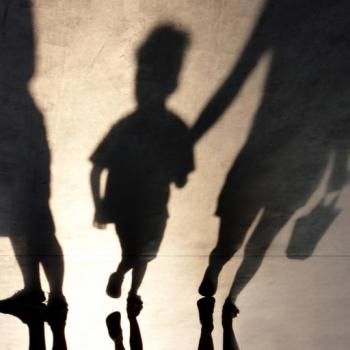 March 30, 2018 The Philippines Must Legalize Divorce, But the Catholic Church Stands in the Way
Browse Our Archives
What Are Your Thoughts?leave a comment