Christian Author: I Support Trump Because He Hasn’t Cheated Since the Election March 29, 2018 Hemant Mehta

Christian Author: I Support Trump Because He Hasn’t Cheated Since the Election

His answer wasn’t surprising. They always knew Trump was a womanizer. They elected a president, not a pastor. He was the lesser of two evils because Hillary Clinton was the most corrupt person ever. They support Trump because Trump supports them.

The hypocrisy is evident. But a few moments in the interview still stand out. As you watch this, think about all the ways Strang has to twist everything we know about Trump to make evangelical support seem acceptable.

Strang says he’s spoken to Trump before and found him to be “respectful” and “humbled” by the office — two things that we know aren’t true based on Trump’s own actions. Trump’s Twitter feed is a testament to how little he respects people with whom he disagrees — or who dare to criticize the Dear Leader. And nothing about Trump is humble. Ever.

Maybe the most telling part of the interview is when Strang says, “He’s done more to keep his promises than any other president.” He’s not entirely wrong. Trump has kept many of his promises to evangelical Christians. And if he hasn’t succeeded — like with the repeal of the Johnson Amendment — it’s because of the limitations of his office, not because he didn’t try. But he’s checked off many other things on the Christian Wish List. He pretended that saying “Merry Christmas” was taboo, he appointed an ultra-conservative Supreme Court justice, he’s been relentless in his anti-trans bigotry, he’s given evangelical leaders access to the White House.

But suggesting Trump has kept his promises is selfish, since Trump’s only kept his promises to evangelicals. He hasn’t kept them for any other group of people, included blue collar workers, veterans, everyone who thought Mexico would pay for the wall, etc. Strang, like Trump, doesn’t seem to care about anyone but himself.

Trump kept his promises to me, so he must be great for everyone.

The best part of the interview is when Camerota incredulously asks him how evangelicals can support Trump despite all the “sins.” What’s up with the “willful blindness”? Is Strang really convinced that his “bad boy” ways ended after he married Melania?

Strang doesn’t directly answer that. He says he believes Trump “accepted Christ.” He also says — and this is amazing — “there’s no evidence at all that he has cheated in recent years, certainly since he’s been in the White House.”

Way to move the goalposts right there.

That’s the new ethical bar for politicians who want evangelical support. They can sin all they want, and those sins will be forgiven (or at least ignored), as long as it stops a couple of months after the election.

Not only does that give evangelicals a way to write off the Access Hollywood tape, and the allegations of paying off women he had affairs with, it provides cover for everything Trump did when fewer people were paying attention to his every move.

Keep in mind all the awful things Trump has done since taking office — the bigotry, the racism, the ignorance, the petty nastiness — that Strang doesn’t even bother mentioning. Because tax cuts for the rich are more important than treatment of the poor. Just like Jesus wanted.

Strang also made one more comment that stretched the truth: “I’m also a journalist.” Oh, please. He runs Charisma, a publications whose headlines constantly talk about how Judgment Day is coming and how witchcraft will destroy everything. There’s no journalism going on. He just sells fear to gullible old people.

(via The Way of Improvement) 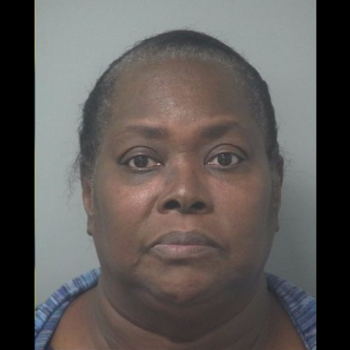 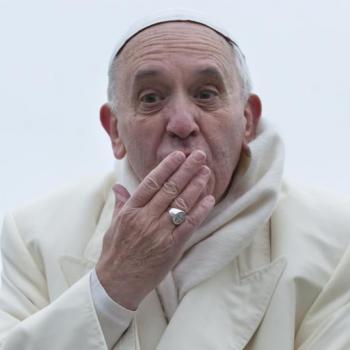 March 29, 2018 Italian Journalist Claims Pope Francis Told Him "Hell Does Not Exist"
Browse Our Archives
What Are Your Thoughts?leave a comment