A leader in the Virginia GOP has been voted out by his fellow Republicans over a now-deleted anti-Semitic Facebook post in which he said he wouldn’t vote for a Jewish candidate. 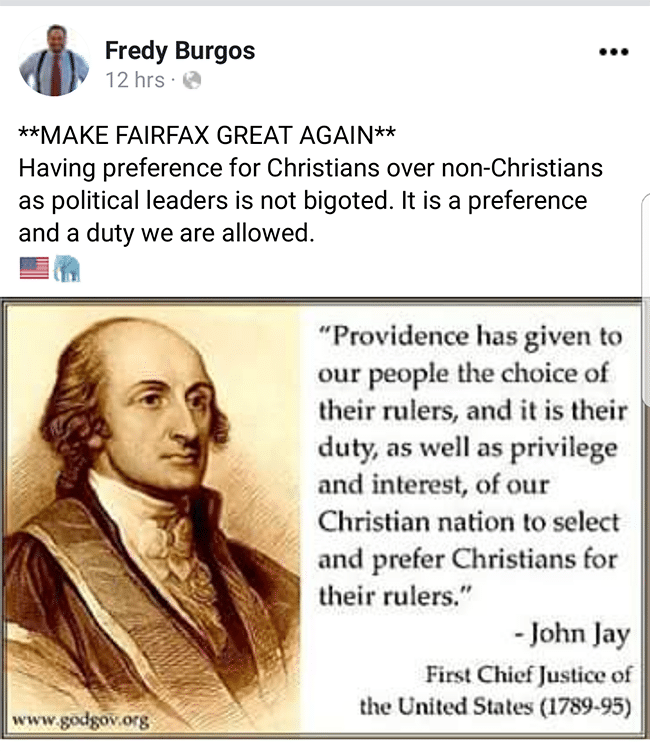 Fredy Burgos was voted off the State Central Committee, which makes decisions for the Virginia Republican Party between congresses, after saying that only Christians are fit to run for office.

The comment was viewed as anti-Semitic because Burgos had been campaigning for Tim Hannigan in his successful bid over Mike Ginsberg, who is Jewish, to become the party’s committee chair in Fairfax County.

Burgos, who campaigned for Hannigan under a “Make Fairfax Great Again” motto, claimed his comments were taken out of context…

Among those calling for his ouster was Rep. Barbara Comstock (R-Va.), who faces what could be a tough reelection fight in her increasingly moderate district in November.

Burgos didn’t just claim his comments were taken out of context. He also wrote several rambling blog posts, referring to himself in the third person and talking about a “scheme” to put him out of power.

Furthermore, he said the “phony charge” that he’s anti-Semitic is “a desperate attempt to unfairly influence the election for GOP Chairman of Fairfax County.” He compared his plight to that of Donald Trump, saying that the Republicans who voted him out were like Robert Mueller and his team.

What they are scheming to do in a conference room in Richmond, is a worse display of a tainted and unfair proceeding, than anything we have seen with Robert Mueller so far.

Anyone knows that if any judge in any courtroom in America, pronounced you guilty in advance of the trial, he would be instantly disqualified as the judge.

Yet for some reason, the State GOP Chairman and those who have signed their name on a document claiming I am guilty of being a “racist and a bigot” think that’s fair.

This isn’t even the first time Burgos has been called out for discriminatory comments. In 2016, he posted anti-Muslim and anti-immigrant rhetoric on social media. He eventually apologized for that.

It seems like a smart move for Republican leaders in Virginia to drop Burgos, who has been a persistent problem and would likely be a liability during an election season that is expected to lean left already. He makes the GOP look bad. Hell, he makes humans look bad. So it’s good to see the party clean house. (If only they’d do that every time someone made a baseless ignorant remark…)

By the way, there are some people claiming that Burgos’ comments were unconstitutional, violating the rule that says there can be no religious test for public office. Technically speaking, he’s not saying a Jewish candidate can’t run. So this isn’t a constitutional issue. Burgos is, however, saying that a candidate’s Jewish background would be disqualifying in his eyes, which makes him a bigot, which is why the condemnation is deserved. But there’s no constitutional violation in play here. 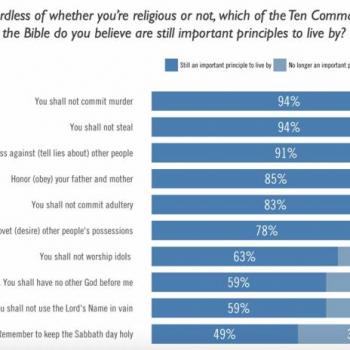 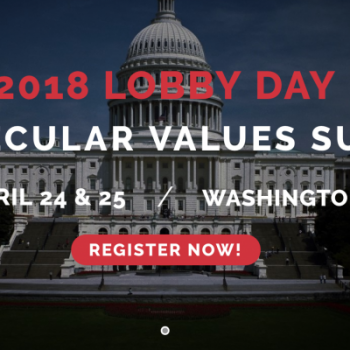