For once, a news story about unnecessary violence resulting from religious fundamentalism in Texas doesn’t involve evangelical Christians. But it’s as horrifying as anything you’ll ever read. 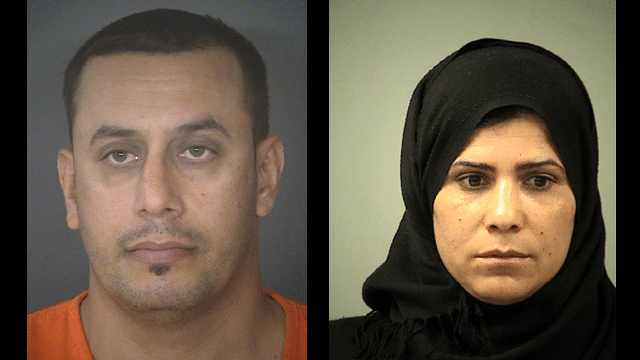 Maarib Al Hishmawi’s parents beat her with broomsticks, choked her until she was nearly unconscious, and burned her body with hot cooking oil when she refused to participate in an arranged marriage with an older man in another city. The family was to be paid $20,000 in exchange for the girl’s hand in marriage.

Authorities said Maarib Al Hishmawi’s parents — Abdulah Fahmi Al Hishmawi, 34, and Hamdiyah Sabah Al Hishmawi, 33 — attempted to force her into an arranged marriage and subjected her to physical abuse when she refused.

“This young lady, at various times over that time period was subjected to some pretty bad abuse because she didn’t want to be married to this person,” [Bexar County Sheriff Javier] Salazar said.

The good news is Maarib Al Hishmawi is safe at the moment. She and her five siblings (ranging from ages 5 to 15) are in the custody of Child Protective Services, and their parents were arrested and charged with continuous violence against a family member. Unfortunately, they weren’t charged with sex trafficking of a child, which is what they were really doing.

Sheriff Salazar did say, however, that he believes other charges will be filed in this case. Those charges could be related to Maarib Al Hishmawi or to the potential abuse of her brothers and sisters, but that isn’t yet known.

Believe it or not, this type of forced underage marriage happens pretty commonly throughout fundamentalist sects of Islam and in Iraq, which is where this family originated. That doesn’t mean it’s acceptable, but it should help us gain a wider perspective of the issue, which will in turn help us stop it.

This tragic and unethical practice continues today in large part because Muhammad, the Prophet of Islam, participated in “arranged marriages” himself, including with a girl estimated to be six- or seven-years-old. Defenders of the practice would note that he didn’t consummate the marriage until years later, and that he was against “forced” marriages without consent, but how can anyone under 10 possibly consent to any of this?

Thankfully, this practice has few defenders in the U.S. and the parents will hopefully pay a serious price for attempting to push their daughter into this awful archaic tradition. 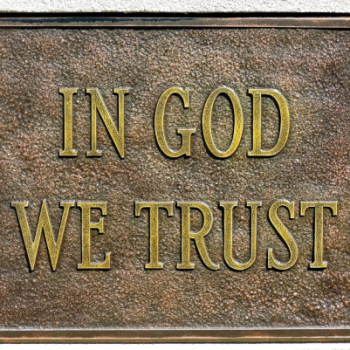 March 26, 2018
Since FL Schools Have To Display "In God We Trust," Here Are Clever Alternatives
Next Post