Limo Driver Launches Himself in Homemade Rocket, But Doesn’t Prove Earth is Flat

A stuntman and limousine driver who has been compared to Wile E. Coyote finally launched his much-anticipated homemade “rocket,” but he has yet to prove that the earth is flat.

“Mad” Mike Hughes, who believes Earth is “shaped like a Frisbee,” got a lot of media attention for his announcement that he would launch his garage-built rocket that says “RESEARCH FLAT EARTH” across the side. He got so much media attention that he actually declared his jump a victory, even before it happened, because it got his message out.

Now, he’s done the impossib… well, he did what he promised he would do months ago. He shot himself about 1,875 feet into the air over California in a steam rocket.

He told the Associated Press that outside of an aching back he’s fine after the launch near Amboy, Calif.

“Relieved,” he said after being checked out by paramedics. “I’m tired of people saying I chickened out and didn’t build a rocket. I’m tired of that stuff. I manned up and did it.”

The launch in the sparsely populated desert town about 150 miles east of Los Angeles — was originally scheduled in November. It was scrubbed several times due to logistical issues with the Bureau of Land Management and mechanical problems that kept popping up.

Yes, he “manned up” and did the stunt he said he’d do four months ago. Congratulations. Unfortunately, the stunt was mostly for publicity, especially considering he didn’t go high enough to prove that the Earth is flat, which was his original intention.

Hughes, ever the opportunist, is already announcing his gubernatorial run and teasing his next jump, which will take him into space and prove once and for all… that he is wrong. This first jump was just supposed to spread awareness of the “Flat Earth,” he says, despite admitting he doesn’t even know if he’s right.

He’s always maintained that his mission isn’t to prove the Earth is flat.

“Do I believe the Earth is shaped like a Frisbee? I believe it is,” he said. “Do I know for sure? No. That’s why I want to go up in space.”

That’s his project for down the road. He wants to build a “Rockoon,” a rocket that is carried into the atmosphere by a gas-filled balloon, then separated from the balloon and lit. This rocket would take Hughes about 68 miles up.

He has a documentary crew following him around to record his ambition, with a planned release in August.

Notice they didn’t specify August of which year.

But when then happens, perhaps he’ll finally see the Earth’s shape and admit his ignorant hunch was wrong all along. Now that movie, I’d gladly see. 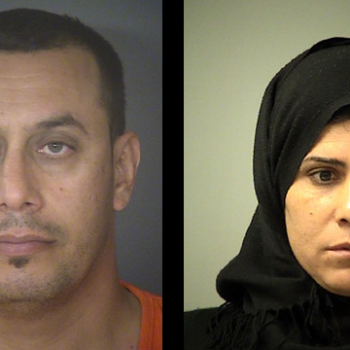 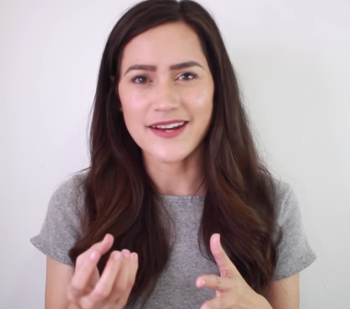 March 26, 2018 This Christian College's "Boot Camp" Sounds Terrifying
Browse Our Archives
What Are Your Thoughts?leave a comment