Men Are “Made for Violence,” Says Christian Who Clearly Thinks Jesus Was a Wimp March 25, 2018 Beth Stoneburner

Men Are “Made for Violence,” Says Christian Who Clearly Thinks Jesus Was a Wimp

If you were raised in the church, chances are you were taught that God initially created a perfect world: one without violence or bad behavior known as “sin.” But once Adam and Eve ate the Forbidden Fruit, all bets were off: violent behavior became the norm, and it’s been that way ever since.

Jesse Kelly must have been taught a different version of the story.

Writing for conservative website The Federalist, he seems to think that violence is what man was made for — and real men embrace that fact: 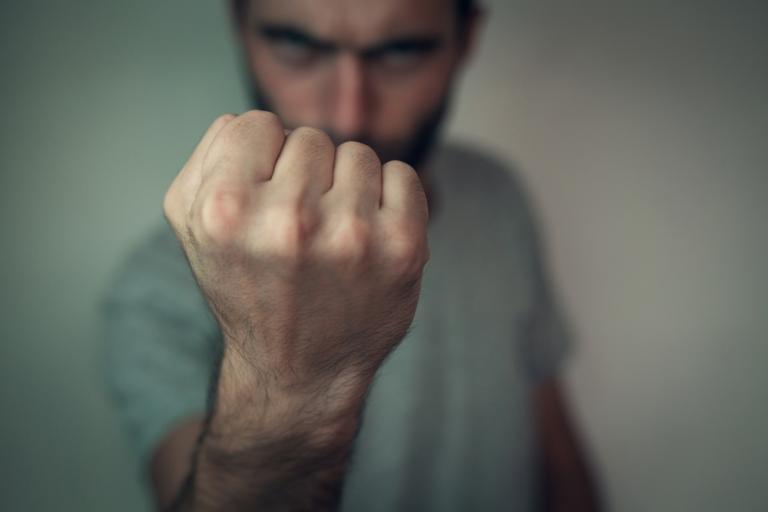 Men were made for violence. It’s part of why they were created. To protect the weak. To fight for themselves and for nations. To compete and to win.

Do you know why men like football? Why they watch boxing? Why Romans watched the gladiators slaughter each other? Because part of men was made for violence and their instincts draw them to it. We cannot suppress human nature. We cannot half-embrace who and what we are — how God made us, and how we are built.

Holy gender norms, Batman! The generalizations and stereotypes run completely amok in this piece. And it gets worse:

Our society has a mass failure of fatherhood. Even many of the fathers who don’t run out on their families can’t seem to figure out how to turn boys into men. That’s because most men don’t realize that is the goal for raising boys. Not to coddle them. Not to dump your insecurities on them. Not to lie to them about what life is and what life isn’t. Your mission as a father is to turn that boy into a man.

Note that Kelly doesn’t provide a concise definition of what a “real man” is (other than someone who likes to shoot things, apparently).

That’s because there isn’t one.

Hard parenting is sitting a son down and teaching him how to use a weapon safely. Tell him how deadly a weapon can be, then show him how to operate it with confidence and skill. That is being a father.

My sons are seven and nine. They have been told their entire lives that I will bring down holy terror on them if I ever find out they bullied someone. But they also have been told it is their duty to stop bullying by any means necessary. Do not fool yourself into believing the feel-good lies society tells you about how to stop a bully. From now until forever, the best way is a punch in the nose.

Kelly doesn’t explicitly state his religious beliefs, but a 2009 article about him notes that he’s attends a Christian church in Tucson.

Does he think Jesus is a wuss, then, for telling his disciples to “turn the other cheek”?

The rest of the piece is basically mindless repetition of the same old points: men were made to be “protectors” and they must protect themselves and their families with guns, our liberal society is emasculating men by turning them into spineless snowflakes, every parent who teaches their kids differently is a bad one.

All that toxic masculinity makes you wonder what exactly Kelly is trying to compensate for in repeating those words to the point of redundancy. 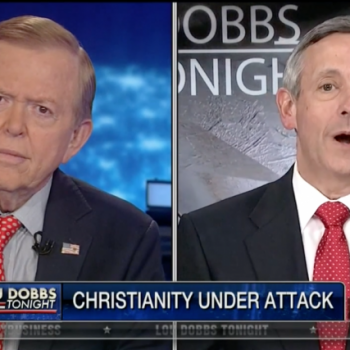 March 25, 2018
Pastor: Without Evangelicals, We'd Be Living in a "Godless, Immoral" Nightmare
Next Post 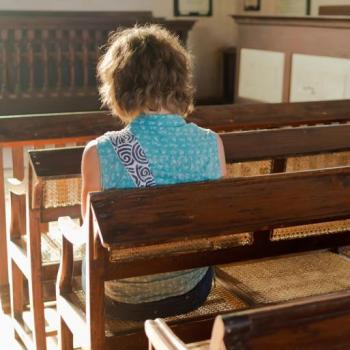 March 25, 2018 Young Catholics Had a Chance to Influence the Church This Week, and They Blew It
"That's what he gets for trying to grab God's p***y!"
Nate Preacher: Trump Will Still Win! We ..."
"$76,000 bond for a photoshopped image! I thought I was in America with freedom of ..."
Hayseed Christian Hate-Pastor Steven Anderson Is Still ..."
"Manga isn't my thing, so that's all I've got."
RegularJoe Sparking Outrage, Australia Will Honor Anti-Gay ..."
"Anderson’s a joke. That’s what it has to do with the post."
NotAgain A Contumelious Gal Christian Hate-Pastor Steven Anderson Is Still ..."
Browse Our Archives
What Are Your Thoughts?leave a comment