This is a guest post by Marissa Alexa McCool and Emmalia Petra Fae George. McCool is an author and host of the Inciting Incident podcast. George is host of The Interesting Life of Priss podcast.

I have had this conversation with more people than I’d like to admit:

THEM: No you’re not.

THEM: Pretty sure I know who I am better than you do.

THEM: STOP OPPRESSING ME!

It’s tiring to have to justify my existence as a trans person to people. It’s especially tiring hearing arguments from religious apologists as to why I’m wrong about my own identity.

Conservative commentator Dr. Michael Brown is the latest person to weigh in on the “debate” about whether transgender people were “born that way.” Not surprisingly, his answer is no and he is wrong. He’s responding to a recent story involving an elementary school principal from Massachusetts who came out as a trans woman, a fact that right-wing commentators couldn’t handle because think of the children!

Brown misgenders the principal, now known as Shannon Daniels, but insists he has compassion for her.

I have compassion on this man. I can’t imagine struggling with something like that for 40 years, and I appreciate that he’s getting a lot of support… but I would say the bigger issue is not his own well-being but the well-being of the children. And you are sending a message to the entire student body — elementary school children!… — you are telling them that maybe they are transgender.

Maybe they are. And thanks to people like Daniels, if they are, they will be less afraid of people like Brown when they finally come out. But mere exposure to a trans person doesn’t make someone trans, nor does it inflict psychological trauma.

As someone who spent most of her life being pushed into a box where she didn’t belong, I can categorically say that it is harmful to tell children they’re wrong about who they are. Seeing someone like Daniels, a principal, come out as transgender when they’re young is incredibly important because many of them may not have the words to explain who they really are. Daniels is humanizing an idea that Brown seeks to discredit. Worst-case scenario, the students will learn to empathize with someone they didn’t understand, and they’ll be better equipped to treat other trans people with more respect in the future. (The horror!)

Exactly! The fact that Dr. Brown understands this, yet selectively applies its logic, tells you a lot about him. It’s a very nice (read: polite-sounding but awful) way of saying, “Just because you think you’re LGBTQ doesn’t mean you are. I know better, my sweet, summer child. As someone who has never dealt with this issue personally, allow me to Otherize you instead of affirming you because that way I can avoid learning about a thing.”

Imagine if he was saying, “We understand that you have a genetic predisposition to having higher melatonin content in your skin, but that doesn’t mean you have to act that way. You can overcome your tragic inconvenience to my privileged ignorance!” It’d be no less disturbing.

Rather than affirming them, let’s work with them to help get to the root of the problem.

The devil is in the details… or so it would seem. It sounds helpful, doesn’t it? Dr. Brown really wants to help people like us overcome our tragic transness so he can love us despite our flaws. At least if we can fix them to his satisfaction.

Being trans isn’t a “problem,” so prescribing it as one misses the entire point. Notice that his method of overcoming our problem has nothing to do with proper health care or social transition. His solution involves denying our identity.

Brown goes even further in an article expanding on these (let’s call them) ideas.

As for people who are allegedly pedophiles by nature, do we change our moral judgment on pedophilia? Or, with greater resolve and compassion, do we work to help those struggling with these perverse desires while zealously upholding our current laws?

There we are: the never-ending false equivalence to pedophilia. It’s the anti-LGBTQ crowd’s favorite slippery slope argument. Brown believes we are perverse and, by begging the question with the comparison, phrases it as if it’s a compassionate statement. It’s not. His false equivalency is showing.

Trans people mostly want to exist as who we are and not be mistreated, yet even someone with the title of “Dr.” can’t distinguish the difference between sexuality and gender identity. To describe us as perverse implies that it’s a fetish, or even some kind of kink that we need to work out. To compare people wanting to peacefully live as their true selves with those who actively harm children is not only irresponsible, it’s dangerous. Our desire to use the bathroom turns into a battle to not get harassed by people like Brown who see us as predators. It’s this kind of rhetoric that puts names on the Trans Day of Remembrance list.

Are we supposed to thank him for his supposed “compassion”? (He uses the word five times in the article.)

By framing trans people as some loud majority looking to actively fight against facts, he paints a picture of himself as a lone resistance fighter, clinging ever so lovingly to the idea that if we could just all not be trans and love each other, the world would be a better place. However, when we have to question whether or not it’s safe to use the bathroom or go to the doctor, we don’t feel like a loud, aggressive, challenging majority.

Coming out as transgender shouldn’t be news. But until people get more comfortable with trans people, stories like that of this principal will be written, and we’ll have to push against the inevitable bigot backlash.

Brown offers “compassion” but we don’t want it. His form of love looks exactly like the kind of oppression we’ve had to deal with at home, at work, and everywhere else. We don’t need his unwanted, unneeded prescription to fix something that isn’t a problem.

If he wants someone to change, he should look in a mirror. 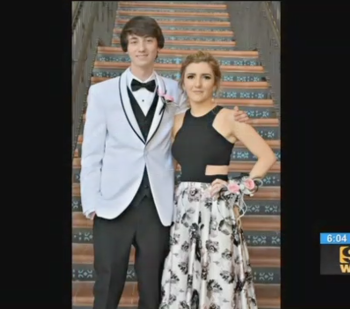 March 23, 2018
Christian School Bans Girl from Prom Due to Small Mesh Cutouts on Side of Dress
Next Post 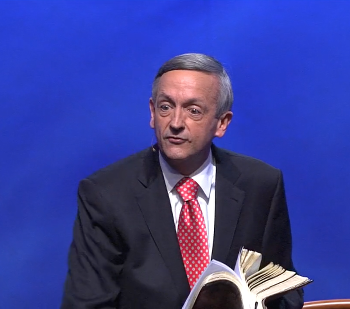 March 23, 2018 Forget the Gun Rally; This Pastor's Hosting an Event for Persecuted Christians
Browse Our Archives
What Are Your Thoughts?leave a comment