Actor Jim Carrey ignited a firestorm when he posted an original drawing on Twitter that bore a striking (and not all that inaccurate) resemblance to White House Press Secretary Sarah Huckabee Sanders.

The best part was the caption:

This is the portrait of a so-called Christian whose only purpose in life is to lie for the wicked. Monstrous! pic.twitter.com/MeYLTy1pqb

This is the portrait of a so-called Christian whose only purpose in life is to lie for the wicked. Monstrous!

“We all sin,” one user tweeted in response. Another shared a meme of someone lifting the lid of a trash can. “Hey look celebrity opinions,” the photo’s text read. One Twitter user shared a photo of Carrey, writing “And this is the picture of a has-been, who hasn’t put out a decent movie in 15 years.”

Carrey’s caption is perfect as is. It’s pretty clear that he wasn’t attacking Sanders’ faith, just her hypocrisy.

For a religion that is supposed to be concerned about the truth, lying to the public on a daily basis is hardly living according to Christian values. Sure, “everyone sins,” but Sanders’ lying isn’t a mere slip-up here and there, nor is she lying with noble intentions (like telling a friend her new haircut looks amazing even when you hate it to avoid hurting her feelings, or telling a Nazi officer “Nope, not hiding any Jews here”).

Sanders’ lies are a lifestyle choice. And she deserves to be constantly called out on that hypocrisy. 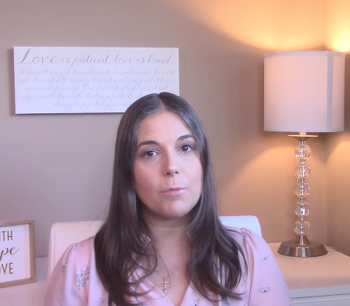 March 21, 2018
Christian Ex-Witch: The Illuminati Controls Our Minds via Flu Shots on Easter
Next Post 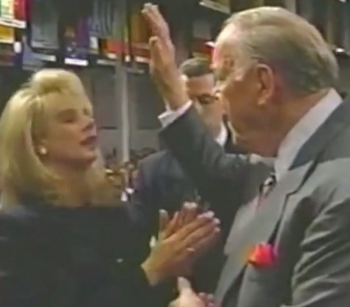 March 21, 2018 Here's Another Disturbing Remix of Televangelists and Preachers Speaking for God
"As the wise philosopher Philip Anselmo once said: "You ain't got the balls, son"."
WallofSleep Preacher: COVID Church Closures Will Be ..."
"Worth remembering: this is the sort of thig that caused the Spanish Civil War and ..."
(((J_Enigma23))) MAGA Activist Suggests Fraud After His ..."
"So, the spike in religious influence last year was a dead cat bounce. Good news."
TechYes Fewer Americans Say Religion is Gaining ..."
"Football isn't a religion, it's taken much more seriously than that."
cdbunch A Pastor Says He’s a HS Football ..."
Browse Our Archives
What Are Your Thoughts?leave a comment