There’s a religious mural in the Findlay Municipal Building in Ohio that’s at the center of a potential legal battle because it’s a promotion of Christianity. We know that because the saying even includes the Bible verse it came from: “Under His Wings Shall You Find Refuge — Psalms 91.”

You can read it for yourself in context. The “His” is in reference to God, as you’d expect, even though the Findlay mural includes a painting of an eagle. 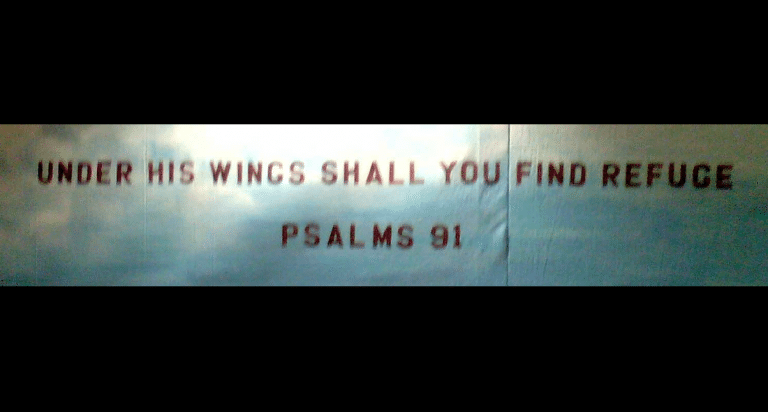 The Freedom From Religion Foundation, at the request of a Findlay citizen, set a letter to a local official in February warning them of the legal problems with the phrase.

It is inappropriate for the county to display this religious message on the wall of the Findlay Municipal Building because it conveys government support for religion, FFRF asserts. A reasonable observer would view the text as an endorsement of a specific religion by the city of Findlay, since the mural calls for viewers to seek refuge in the Christian god.

All of this seems fairly obvious.

Which is why conservative Christians are doing everything they can to pretend there’s nothing religious about that saying at all.

The Christian Broadcasting Network’s article on the matter even blasts FFRF for daring to criticize “religious ideas in public,” which you’d think would be a dead giveaway… but CBN wasn’t alone.

“Maybe the Atheist Club in Madison, Wisconsin, has nothing better to worry about than our mural in Findlay. But our community is strong because we have belief,” Findlay mayor Lydia Mahalik said in a statement. “We believe in a power greater than ourselves that promises a brighter day is ahead despite our individual struggles.”

It’s not a goddamn club, Lydia.

Furthermore, she’s not helping the matter by confirming this is a religious saying.

A conservative group called Citizens for Community Values also sent the city a letter rebutting FFRF’s claims, saying the atheists were full of it, because Ohio already has a religious motto: “With God All Things are Possible.” Therefore, all religious sayings are perfectly acceptable in a public building.

If the government can display a Bible quote saying, “With God All Things Are Possible,” surely a political subdivision can say, “Under his wings shall you find refuge.” As the 6th District said, the fact that a member of a ferociously anti-religious organization felt irritated by the mural is a matter for the ballot box, not the courts.

Two things about that. First, this is why atheists should put up a fight when it comes to things like “In God We Trust” or other religious phrases in the public square. They become the “norm” because they’re taken as a generic reference to religion, but Christians use those norms to push more specifically religious ideas into government settings. Second, this isn’t up for a vote. There’s no ballot box for this. It’s just illegal, plain and simple.

If FFRF has a plaintiff willing to sue, this mural is going to change because the law is on the atheists’ side no matter how much the Christian Right whines about it.

My favorite part of the CCV’s letter, though, is how they attempt to downplay the religious angle in order to say it’s legally permissible:

… Findlay is displaying a mural that shows a dramatic picture of a bald eagle, the national bird of the United States and a very common representation of the United States. The bird has his wings widespread over a shoreline. A caption reads, “Under his wings shall you find refuge Psalms 91.”

This mural is clearly inspirationally analogizing the way God provides refuge to the way the United States aspires to provide refuge.

See?! It’s not about God at all! It’s about the nation! Or an eagle! Just don’t look at that Bible verse, I’m sure it has nothing to do with this.

If this group can’t see the obvious even when it’s staring them in the face… well, no wonder they’re religious. It requires willful ignorance of the facts.

FFRF hasn’t said they’ll sue over this. There’s a lot that has to happen first, and lawsuits are a last resort. But this is a stand-alone religious saying in a government building, and the mayor herself confirmed that it was a reference to God. When the evidence of religious promotion is that obvious, it’s hard to see how a judge would ever say anything different. 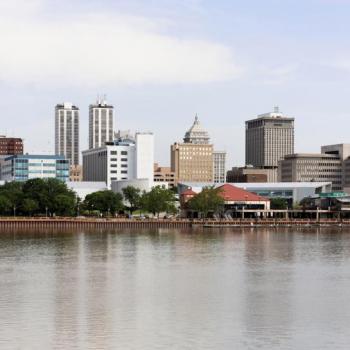 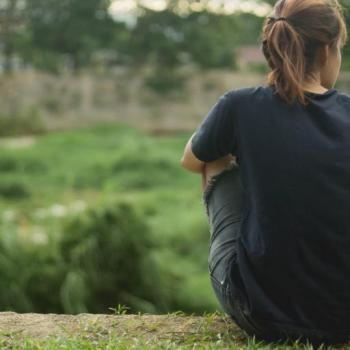 March 18, 2018 Women Must Break Free from Religion's Toxic, Sexist Status Quo
Browse Our Archives
What Are Your Thoughts?leave a comment