In a truly disturbing video posted to Facebook earlier this month, two women filmed themselves entering a mosque in Arizona, stealing pamphlets and other forms of literature, and using slurs to describe Muslims. Even worse, there were three children joining them in the act.

Mirrors of the original video are still on Facebook, and Tahnee Gonzales and Elizabeth Dauenhauer were finally charged on Thursday with third degree burglary. Other charges may follow.

“Based on the details of the crime, an enhancement of hate crime will be considered for sentencing,” Tempe Police spokeswoman Lily Duran told CNN in a statement…

They refer to themselves in the videos as “patriots” and “infidels,” and say they are removing items from the mosque to expose “the infiltration of the Arabic Muslims coming in and destroying America.”

“The Muslims are nothing but devil, Satan worshipers,” one of the women says at the mosque, pointing at flyers on a community message board at the mosque.

At least one of the children seems to take the message to heart. “They smell like goat,” the child can be heard saying.

There’s even a point in the original video where one of the women claims to have a gun on her. It’s not surprising, then, that members of the mosque are frightened by what they heard:

“Some of our members are scared and very disturbed and disgusted with the situation. As for myself I am very saddened that those women are dragging their young innocent children into this and teaching them to hate,” he said. “Those children are being given false information. I am so sad for them.”

The women were allegedly part of a fringe group called Patriot Movement AZ, though the group has put out two conflicting stories about her involvement. One is that she was kicked out weeks before this incident for other bad behavior, while the second says she wasn’t a member at all.

Either way, when claims of Satan worship are being tossed around, this appears to be a form of religious terrorism — putting fear into a group of Muslims because they follow the “wrong” faith. I’m glad at least one member of a local Humanist group chimed in with support for members of the mosque:

Al-Akoum and his congregants are optimistic that justice will be served. They have received a letter of support from a member of the Humanist Society of Greater Phoenix condemning the hateful attack on the mosque and offering solidarity.

“While we may disagree on matters of religion, you deserve nothing less than respect and recognition of your basic human dignity. You are welcome here,” the letter said.

We could use a lot more of that outreach. 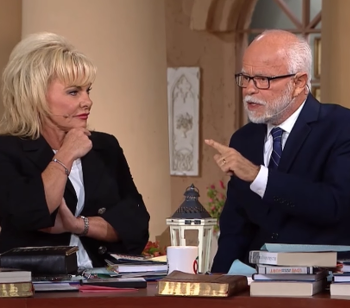 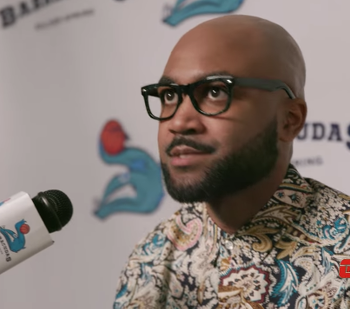