In what can only be described as a freak accident, a lightning strike hit the Gihemvu Seventh-day Adventist Church in southern Rwanda over the weekend, killing an estimated 16 people, most of them instantly. Another 140 were taken to the hospital for treatment.

The church had no electricity and couldn’t afford a lightning rod designed to prevent this sort of tragedy from taking place.

A lightning bolt struck the church, electrifying the congregation with a force that knocked most people to the ground. “We all fell down for minutes,” [church elder Emmanuel] Ruremesha said.

Ted N.C. Wilson, president of the General Conference of the Seventh-day Adventist Church, wrote in a Facebook post that members of the church worldwide offered their “deep sympathy” to those who have lost loved ones in this “traumatic event.”

“Our hearts go out to our dear church members in Rwanda who have suffered this very difficult loss,” Wilson wrote. “What a tragedy to have such a strange occurrence of lightning striking during a church service.”

There are plenty of believers who will try to point to a supernatural explanation for all this — blaming the lightning on acceptance of homosexuality (even though Rwanda is hardly a bastion of LGBTQ rights), or lack of faith (even though 95% of the country belongs to some Christian faith), or God sending a message — but they’re all making up what they don’t understand.

This was a natural occurrence, and the timing was coincidental. It’s still an awful loss of innocent life.

It’s up to the government to take action when churches don’t follow building regulations. While hundreds of them had been shut down by the government as recently as two weeks ago, this one was either spared or the shutdown ignored. Either way, church officials were setting worshipers up for danger by holding services there. They learned that lesson the hard way. 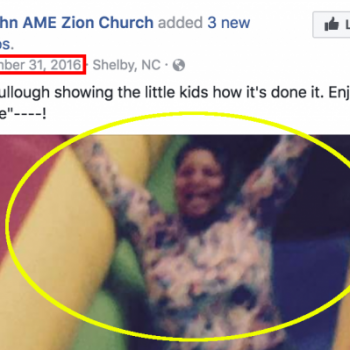 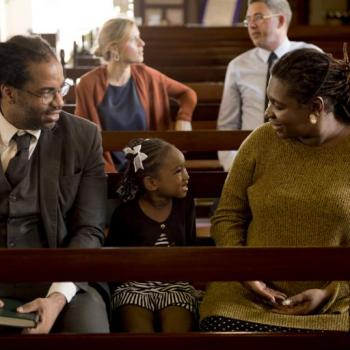 March 12, 2018 Black Believers Are Abandoning Mostly White Evangelical Churches for Good Reason
Browse Our Archives
What Are Your Thoughts?leave a comment