Kentucky School Shooter Was Allegedly an Atheist Who Said “Life Had No Purpose” March 10, 2018 Hemant Mehta

This past January, 15-year-old Gabriel Ross Parker fatally shot two of his classmates at Marshall County High School while wounding several others. His trial is currently underway, and because he’s now 16 and being charged as an adult, some of the court documents and videos have been made publicly available.

It’s disturbing to read about the case because there doesn’t seem to be any rhyme or reason for what happened. Parker apparently just wanted to see his classmates’ reactions to his carnage and know how police and the community would respond to his deadly “science experiment.”

One of the videos that’s now public is a conversation that lawyers for both sides had with Marshall County Sheriff’s Capt. Matt Hilbrecht, who investigated the crime, two days after the shooting. Listen to what Hilbrecht says when asked about the shooter’s motive around the 4:40 mark.

He talked about wanting to, kind of, further society through science. He’d been studying science. But he said he was failing the science course and basically his purpose in life is, kind of, no reason. So he had no purpose. He also said, he used the term, he wanted to “break the monotony.”

So what are we to make of it, knowing that it’s the sort of response religious conservatives will use as “proof” that atheists are morally bankrupt?

The most obvious thing to note is that atheism isn’t synonymous with nihilism. There’s a difference between not accepting religious explanations for why we’re alive and jumping to the conclusion that life is meaningless. Plenty of atheists can tell you exactly what gives their life meaning. You don’t need God to have a purpose.

I don’t know what Parker was thinking. I don’t know how he jumped from atheism to the kind of lonely, empty shell of a human found almost nowhere in the real world yet features predominantly in every God’s Not Dead movie. We give our lives meaning. This kid hadn’t figured that out yet.

This guy didn’t kill in the name of atheism. His own testimony says as much. If anything, you could argue that someone who doesn’t believe in the afterlife would be eager to make the most of this life rather than cutting it short for himself or anyone else. Whether this shooter was clinically depressed or mentally ill, I don’t know, but it would be ignorant to pretend he was guided only by godlessness. 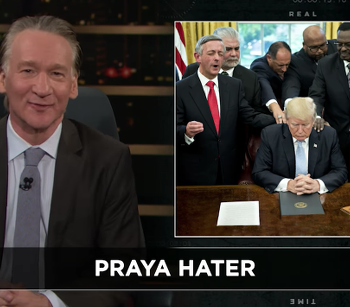 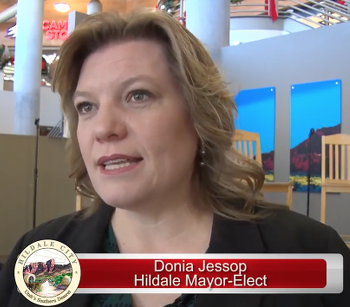 March 10, 2018 Election of Female Mayor Spurs Mass Resignations in Polygamous Mormon Town
Browse Our Archives
What Are Your Thoughts?leave a comment