“The View” Host Joy Behar Apologized to Mike Pence (But She Shouldn’t Have) March 9, 2018 David Gee

Joy Behar, comedian and co-host of The View, has apparently apologized to Mike Pence for stating the obvious: if you literally hear disembodied voices, you might need to see a psychiatrist.

Behar said on The View last month that it’s “one thing to talk to Jesus” but “another thing when Jesus talks to you.” “That’s called mental illness… hearing voices,” she (accurately) said. 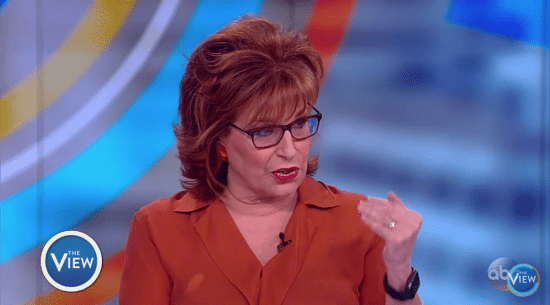 Pence and several others on the Religious Right mischaracterized Behar’s comments, claiming she insulted all Christians and believes Christianity itself is a mental illness. That’s not the case at all. Christians pray to God all the time without incident. They ask God for advice. They might feel God leading them in a certain direction.

That doesn’t mean God is literally telling them what to do.

Still, she has now apologized.

Disney CEO Bob Iger, in an address to a shareholder meeting in Houston, said that Behar had apologized “for things she has said about Christians and the Trump administration,” according to multiple media reports…

A White House source close to the vice president confirmed to The Hill that Behar had apologized to Pence.

I’m sure this apology was more political than anything else, but it’s important to note that Behar didn’t say anything negative “about Christians and the Trump administration.” She simple pointed out that hearing voices is a symptom of several psychological ailments, including schizophrenia. And hearing the voice of God falls under that umbrella.

As I wrote in my previous article, there is a difference between hearing the “Voice of God” and interpreting signs you believe are divinely inspired. This week alone, we’ve posted about a woman in Switzerland who stabbed herself in the chest several times based on direct orders from God (it turned out to be a brain tumor) and a woman who claimed to be God and tried to open the cabin door of an airplane mid-flight. She was sent for a medical evaluation.

Just because Mike Pence hasn’t crossed the line from hearing voices in his head to acting on them doesn’t mean we should withhold all criticism.

Behar’s statement, which should be considered common sense, was taken as an assault on religion and politics. I understand why she felt the need to apologize (possibly due to pressure from producers of her show), but I don’t take that as an admission that she was wrong. She should keep pointing out the obvious. Maybe some people hearing voices will seek out the treatment they need. 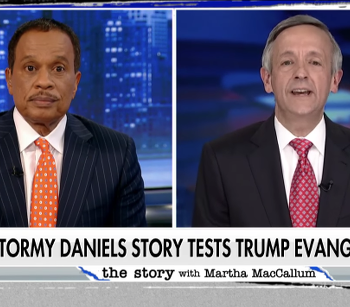