An exposé by Marie-Lucile Kubacki in Women Church World magazine reveals that nuns are basically treated as unpaid servants by bishops and cardinals. It’s a remarkable revelation, in part because the magazine is published by the Vatican. 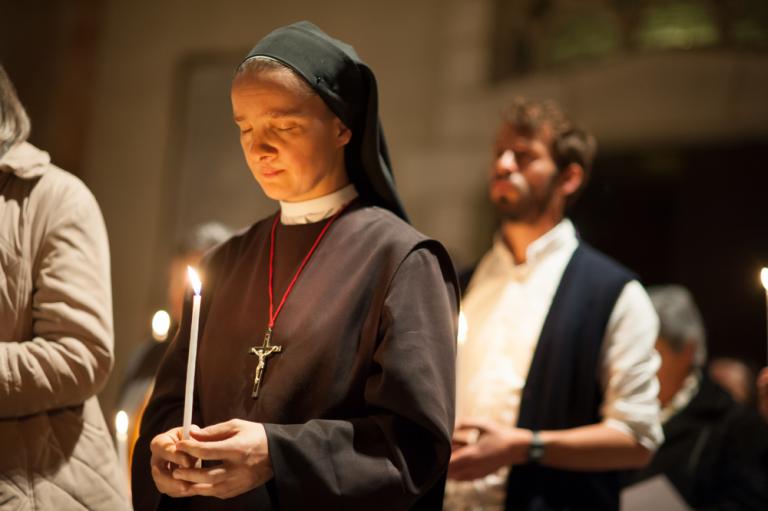 Sister Marie told of nuns who worked long hours to cook and clean for cardinals and bishops, without being asked to break bread at the same table.

Sister Paule pointed out that many nuns did not have registered contracts with the bishops, schools, parishes or congregations they worked for, “so they are paid little or not at all.”

Sister Cécile said that “nuns are seen as volunteers to have available at one’s calling, which gives rise to abuse of power.”

“In the eyes of Jesus we are all children of God,” said the nun identified as Sister Marie, “but in their concrete life some nuns do not live this, and they experience great confusion and discomfort.”

The problem goes far beyond money. It’s about being treated as equals. The Catholic Church says women and men can both feel that calling from God, even if only men can serve in the highest leadership positions, but it’s clear equality in the eyes of God doesn’t translate to equality in the real world.

Apparently, Pope Francis is a regular reader of Women Church World magazine. He’s been made aware of the plight that nuns are facing and expressed concern over women in the Church who slide into “roles of servitude rather than service,” but he has yet to enact any substantive changes. At this point, is anyone surprised?

March 4, 2018 Please Support the Work I Do Through This Site
Browse Our Archives
What Are Your Thoughts?leave a comment