The northern part of Utah is going through a winter storm this weekend, and with it, hopefully, comes some precipitation. It’s been very warm and dry over the past several months, so the region has been especially susceptible to wildfires. That’s why wet weather (preferably without wind to spread any fires) would be useful.

So what’s Governor Gary Herbert going to do about it?

He’s calling for religious leaders to do a rain dance pray really hard so that they get the weather they want. Because that’s how Republicans think the weather works. 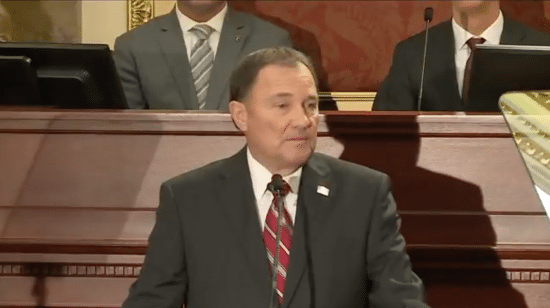 In a letter sent to “religious leaders,” Herbert called on them to “pray that the elements be tempered on our behalf.” And as proof that this method works, he referred to a time six years ago when God totally listened to their prayers.

I am writing today to invite you and your faith community to unite in thanksgiving and prayer during the first week of March 2018.

During the bitterly hot, dry and windy summer of 2012, Utah had become a tinderbox. We witnessed heroism from our firefighters across the state. But after all we could physically do, most of the state still remained under red flag warnings.

At that time I reached out to our interfaith community with a request for an extra measure of providential help in our battle against the fires. And you responded with prayers in your synagogues, your mosques, your cathedrals, your chapels, and your homes, asking that life and property be protected and that the elements be tempered.

Within days of your collective prayers the rains came. And not just any rain, but gentle, soaking rains without the winds that would have exacerbated the fires. The elements had, in fact, been tempered.

Today our state faces another similar challenge. Although we have just received some fresh snow, this year’s uncharacteristically warm and dry weather pattern has left the state with about half the snowpack that we might experience in a regular year.

Because the health of our waterways, our wetlands, our agriculture, and our forests in particular depend on an abundant snowpack and because none of us can afford to witness the destruction that comes with wildfire, I am again reaching out to you and your faith communities with an invitation to unite in prayer.

As you gather in your places of worship and in your homes during the first week of March, would you please join me in a special prayer? First and foremost, I believe we should thank our Creator for the extraordinary blessings that we enjoy as a state. But I would also encourage us to pray that the elements be tempered on our behalf.

Thank you for considering this special request, and thank you for all you do to meet the significant spiritual needs of the people of our great state.

Congratulations, Utah. Your governor thinks saying magical words to invisible (and competing) deities will fix your weather woes. Someone in the administration wasted the taxpayers’ time putting this letter together — though I suppose that person sped up the process by copying and pasting some of it verbatim from Herbert’s 2017 Inaugural Address.

It also raises another question: These people already believe God is in control of everything, so you have to wonder why the same God who let wildfires spread and made the weather really dry would suddenly change course if a bunch of people ask him to make it wetter. (Hey, God, you screwed up. Can you please try again?)

Let’s be real: None of this will accomplish anything. This is another Republican pretending to do something useful while really just wasting everyone’s time. It’s the same way Republicans prevent school shootings by sending thoughts and prayers. They deserve no credit for their “efforts,” and they should be mocked and criticized for pretending they’re helping.

If Herbert wants to do something useful, he should get his party to pay attention to the problem of climate change — or, you know, at least accept climate change — since that factors into these extreme weather conditions. Several commenters offered suggestions for actual ways to respond to the climate crisis, including supporting electric vehicles, stopping the sales of oil and gas leases, and increasing water use efficiency by the agriculture industry.

None of those things will solve the problem on their own, but they’ll do a hell of a lot more than putting your hands together, looking into the sky, and mumbling into the ether.

(Screenshot via YouTube. Thanks to Ryan for the link) 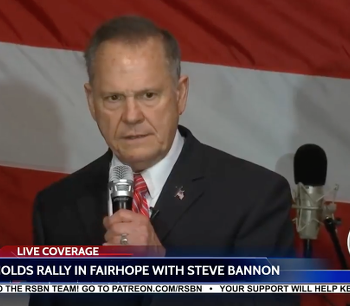 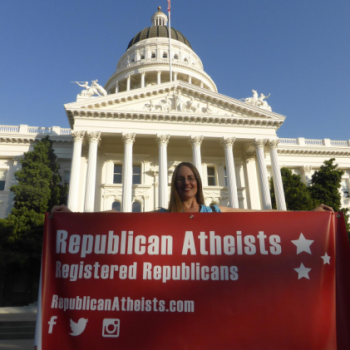 March 3, 2018 “Republican Atheists” Group Doubles Down on Its Support for Donald Trump
Browse Our Archives
What Are Your Thoughts?leave a comment