This is a guest post by Marissa Alexa McCool. She is an author and host of the Inciting Incident Podcast. You can visit her website at RisMcCool.com

I am a trans person. I am a woman. Many people once thought I wasn’t. I didn’t become a woman, I informed people that I had been one all along.

Calling someone what they ask you to call them, both in name and pronoun form, is just basic respect, even if you don’t understand or agree with it. You do not have more of a right to our identity than we do.

When you’ve been raised in a society that often demonizes anything that isn’t heterosexual, cisgender, monogamous, religious, and in accordance with strict gender roles and stereotypes, being the “Other” can seem threatening, especially when your only exposure to that “Other” is through the lens of the demonizers. 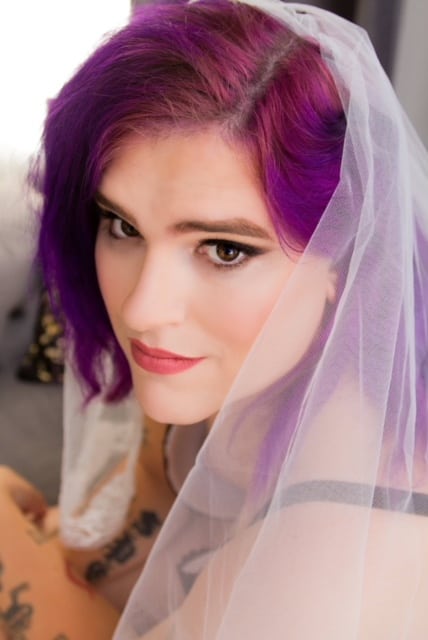 I don’t think everyone who challenges my very existence is necessarily a bad person, but there’s only so much compromise and leniency I’m willing to give when we’re talking about my basic rights.

That’s why Denny Burk‘s recent piece at The Gospel Coalition’s website is so frustrating to see. It’s titled “The Dangers for ‘Harry’ Becoming ‘Sally’” — you can guess what the subject is — and I believe it really is coming from a place of genuine concern and compassion about transgender people.

But it’s also coming from a place of ignorance.

Even the title references a film that plays through the tropes of the typical heterosexual cisgender meet cute and relationship. There are so many films like this one I can name at the drop of a hat. But good luck finding any representing people like me. If that film is the starting point for this conversation about the dangers of being transgender, we’re already in a bad place.

Burk opens with a reference to a recent court case in which a judge gave custody of a transgender teen to his grandparents, because his parents wouldn’t support his transition. While that sounds like a compassionate, sensible decision, Burk sees it as an assault on his religious freedom.

Just a couple of weeks ago in an Ohio courtroom, the parents of a transgender teenager lost custody of their child because they refused to affirm their child’s transgender feelings. The court ruled against the parents’ wishes to raise the child according to their Christian beliefs and removed the child from her parents’ home.

On the surface, that sounds terrible… if you’ve been led to believe that being transgender is either a mental illness or a character flaw (or, as teenagers often hear, a phase).

What Burk neglects to mention is how many trans people are driven to self-harm, bullying, or even suicide because the people closest to them refuse to acknowledge who they are and, in some cases, overcompensate in the other direction, trying to suppress their identities.

It’s not an illness. It’s not a flaw. It’s certainly not a phase. I’m not transgender because I want to be different or I’m following a trend. Being trans in our society, even in “safe” spaces, can be terrifying. “Trans panic” is even a term that had to be created because people used it as a legal defense to murder us. When firebrand preachers and conservative media outlets perpetuate that “otherness,” it feeds into that fear.

Imagine it from the opposite perspective. What must it be like for children to come out to their parents, whom they believe and have been told will love them no matter what, only to find out that the love was always conditional? Who knew their love came with an asterisk?

That asterisk, however, is the basis of Ryan T. Anderson‘s new book When Harry Became Sally: Responding to the Transgender Moment, and that’s what Burk is talking about.

Anderson’s book claims that hormone replacement therapy (HRT), which is how transgender people transition, is harmful. No scientific evidence contradicts that, he says.

There is still virtually no serious scientific evidence to demonstrate that [HRT] is beneficial… If science doesn’t support this course of treatment for children, why are these “drastic and experimental measures” now being promoted as the norm?

Anderson does, however, note the supposed “scientific evidence” for what we call “transition regret.” Here’s how Burk summarizes it:

The most gut-wrenching section of When Harry Became Sally is chapter 3, which narrates the stories of people who have assumed transgender identities and then later “detransitioned” to embrace their natal sex. The tragedy of their stories isn’t merely their psychological trauma, but also the physical trauma inflicted on their bodies by “medical” interventions that amputated healthy sexual organs and body parts, rendering them irreversibly infertile and unable to experience normal sexual relationships. Their stories are devastating.

How many trans people did Anderson talk to when writing this book…?

First of all, no doctor is giving children sex hormones until they’ve reached an age of consent. Saying otherwise is a lie. Puberty blockers, as they’re known, are used in some cases to prevent puberty from happening, as it is much harder to transition once someone has gone through that process, but those merely slow down a natural process instead of changing it.

Second, why doesn’t Anderson look at the rates of what it’s like to force children to go through puberty the wrong way? Or to live as people they’re not? Or what it’s like to be bullied, threatened, and on the end of non-stop violence spurred by their mere existence? Maybe some people do “de-transition,” but I’m willing to bet in a lot of cases, that has more to do with the stigma that still surrounds being transgender rather than discovering they were wrong.

Conservatives often point to women who regret their abortions in a similar way, glossing over the reality that the vast majority of women are very comfortable with their decision.

I knew my transition was correct, too. I was never “gender-confused,” as Burk states. There will be no “harvest of sorrow” for me either. I knew the world wasn’t seeing the real me. They weren’t using my real name and pronoun. It hurt every time they referred to me the wrong way, albeit unintentionally.

Letting trans people exist in society without the constant threat of harm — or the stigma that we just don’t understand who we really are — isn’t asking much. We’ve always existed. But Christians like Anderson and Burk chose not to notice. It was a lot easier for them to paint us as stereotypes who fit inside their bubble. 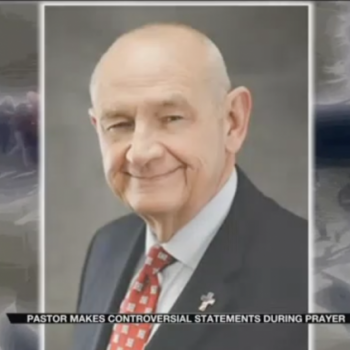 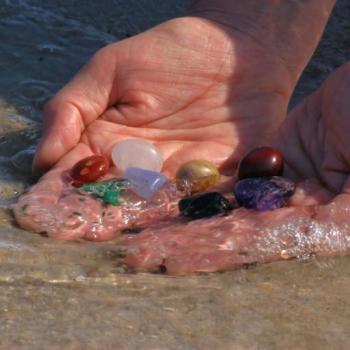 March 2, 2018 National Geographic Sinks Lower by Promoting Nonsense About Healing Crystals
Browse Our Archives
What Are Your Thoughts?leave a comment