The Oklahoma House wants to prevent atheists and religious minorities from delivering invocations because I guess they don’t want to offend the delicate minds of their members.

Meanwhile, the Oklahoma Senate had a Christian invocation speaker this week who attributed the school shooting in Parkville, Florida on God’s wrath over marriage equality.

“Jacob (Nikolas) Cruz, February the 14th, went into a school and killed 17 of our people. Our kids. What is going on?” Pastor Bill Ledbetter of the Fairview Baptist Church in Durant asked senators. “Do we really believe we can create immorality in our laws, do we really believe that we can redefine marriage from the word of God to something in our own mind and there not be a response?”

God so loved the world that He murdered more than a dozen children because gay people had smiles on their faces.

The comment was so out of line that even Oklahoma Republicans condemned it. But only in the vaguest of ways.

“It is something that we are having discussions about. I’ve had a talk with the minority leader as well about how we move forward from here and try to maintain the decorum of the Senate,” said Senator Mike Schulz (R) President Pro Tempore.

Schulz said he did not interpret Pastor Ledbetter’s words to mean we are facing the wrath of God.

Really? What other ways are there to interpret Pastor Bill Ledbetter‘s bigoted Christ-filled words?

Ledbetter didn’t deny the implication of what he said, but he told a reported he was just raising the question.

Pastor Ledbetter later said he is not in a position to say what God would or wouldn’t do, but said he was merely asking the question, “What if this is God’s way of letting us know he doesn’t approve of our behavior?”

Then maybe you should stop worshiping a blood-hungry deity who responds to same-sex couples getting married by shooting kids (many of whom were presumably Christians themselves). At the very least, stop calling your God “good” or “loving.” By your own interpretation, he’s neither.

They don’t. They should get to work instead of getting “inspired” by Christian bigots who make excuses for gun violence in the name of Jesus. 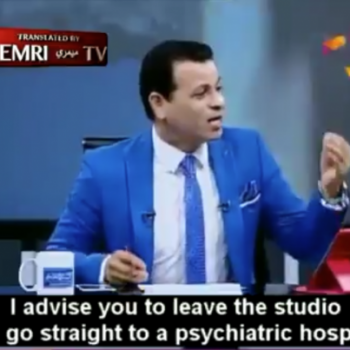 March 2, 2018
Egyptian TV Host Kicks Out Atheist Guest and Tells Him to See a Psychiatrist
Next Post 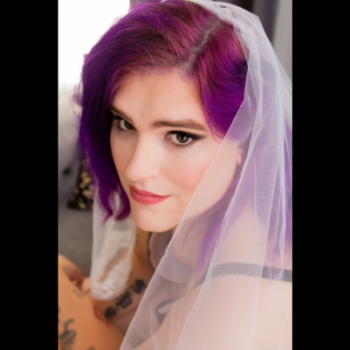