Imagine being convicted of a murder you didn’t commit and forced to spend two decades in prison, all because of the Bible-based hysteria known as the “Satanic Panic.”

That’s what happened to two men, who are finally free to live their lives after being wrongfully sentenced to life in prison more than 20 years ago. 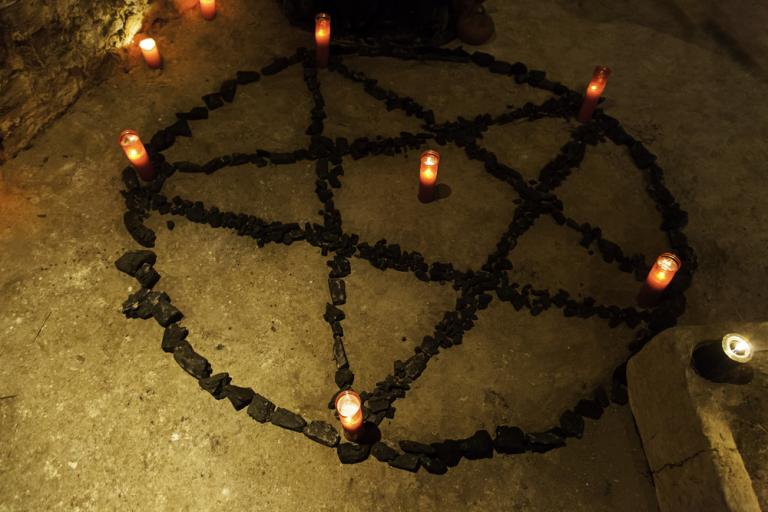 At the request of prosecutors, a judge in Kentucky has finally dismissed all pending murder charges against Garr Keith Hardin and Jeffrey Dewayne Clark, who were falsely accused of murdering a woman in the 1990s. They were released from prison based on DNA evidence in 2016, but the judge’s ruling means there are no longer any criminal charges against them, either.

Hardin and Clark spent more than 8,000 days — more than half their lives — in prison for the crime they didn’t commit.

Both hugged their families and friends. Hardin’s lawyers held his hand above his head like a heavyweight champion celebrating after a long bout.

“I hope I have done what’s right,” said Judge Bruce Butler, who granted the men a new trial in 2016 and freed them from jail after finding no credible evidence remained again them.

“I know that I’ve done what the law requires,” the judge said.

Hardin and Clark were declared “guilty” by a court of law for the murder of 19-year-old Rhonda Sue Warford after prosecutors claimed a hair they found on the victim’s body matched Hardin’s, who had previously dated her. The “Satanic Panic” hysteria at the time, most commonly represented by the case involving an allegedly “Satanic” preschool, led to numerous false convictions, and these men were among the victims.

[Warford’s] mother told investigators that both men and her daughter had dabbled in satanic practices.

The suspects refused to confess, but [Detective Mark] Handy said Hardin admitted sacrificing animals as a part of a Satanic ritual and later decided that he wanted to “do a human.”

The Innocence Project, a group that represents falsely convicted individuals, ultimately showed that the hair did not belong to Hardin.

“The struggle for justice has been long and painful for Mr. Hardin and Mr. Clark, who served more than 20 years and whom the Commonwealth twice threatened with the death penalty for a crime they did not commit,” said Seema Saifee, a staff attorney with The Innocence Project. The group is representing Hardin.

The Innocence Project fought for years to have the evidence tested for DNA, and the Kentucky Supreme Court granted the request in 2013. The testing revealed the hair didn’t come from Hardin.

Judge Butler overturned their conviction in 2016, finding it “based on suppositions that we now know to be fundamentally false.”

Warford’s murder, then, remains unsolved. Her mother still believes, without evidence, that the two men are responsible. And both men are currently suing local law enforcement, “accusing them of conspiring to wrongfully convict and imprison them.”

It would be more shocking if it didn’t happen all too often. In June of last year, we covered the story of Dan and Fran Keller, who also spent more than two decades in prison after being wrongfully convicted of child sexual assault. They were ultimately exonerated by prosecutors and received $3.4 million from a state fund for those who were punished for crimes they didn’t commit.

Whether it’s the case involving the Kellers, or the more recent one with Hardin and Clark, it’s clear that Satanic ritualistic murders are not the problem. The problem is a poisonous mix of ignorant hysteria, fundamentalist adherence to Biblical scripture, and flaws in the justice system. Unless those issues are addressed, these stories will continue to pop up.

February 27, 2018
This Is What It Looked Like When an Atheist Writer Was Butchered in Bangladesh
Next Post

February 27, 2018 Atheist Groups Demand Equal Treatment for Humanist Nevada Prison Inmate
Browse Our Archives
What Are Your Thoughts?leave a comment