Donald Trump‘s “spiritual adviser” (and televangelist) Paula White will be curing cancer through Christ at a “crusade” taking place this summer, according to the Christian Post. 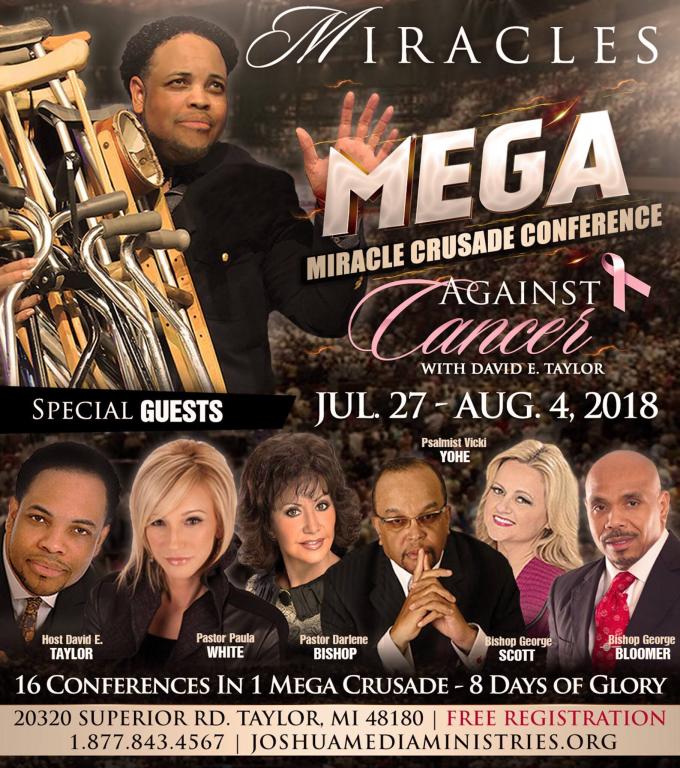 “We’re expecting thousands. It’s gonna be huge,” [Joshua Media Ministries International] Minister Anthony Moreaux told The Christian Post Thursday after he was asked about a flyer for the event. He also confirmed information on the flyer that White will be in attendance…

It’s one thing for evangelists to glorify themselves with a week-long Jesus-fueled orgasm. But seriously, though, cancer? Do they have any evidence that they actually help people with the incurable disease?

Minister Moreaux told CP that he has personally witnessed healings at the miracle crusade against cancer which has been happening for a number of years.

“I have seen hundreds healed,” Moreaux said. “It is unreal. I’ve literally seen it with my own two eyes. People coming with tumors, coming back and testifying with medical reports in their hands that tumors have evaporated from their bodies.”

Whoa! That’s amazing! And give them credit: the Christian Post had the good sense to ask for confirmation of those “miracles.”

You can guess how that went.

When asked if he could provide verifiable evidence of cancers that have been healed at the crusades, he promised to send select testimonies but they were not received at press time.

He will never send testimonies — or doctors’ reports, or video evidence, or any kind of confirmation whatsoever — because they don’t exist. This is another Christian lie.

It’s not surprising that someone close to Trump will participate in the celebration of false hope that will ultimately disappoint the desperate and gullible people who put their trust in these liars.

Look: If they had the power to cure cancer, then they should be visiting hospitals and cancer wards, not hawking merchandise at a special event that requires registration.

Paula White’s own step-daughter died of cancer in 2008. In subsequent years, she promoted a charity in Kristen’s honor.

So… which is it? Did White choose not to cure Kristen’s cancer despite having the power to do so, or does she admit that cancer can’t be cured at some half-baked “Mega Miracle Crusade Conference Against Cancer”?

Does she understand that this event may convince some Christians to avoid actual medical help because they believe God will magically fix everything?

I’m guessing Paula White doesn’t give a damn who says what as long as she gets a check at the end of the day. Because you know she’s not doing any of this for free. 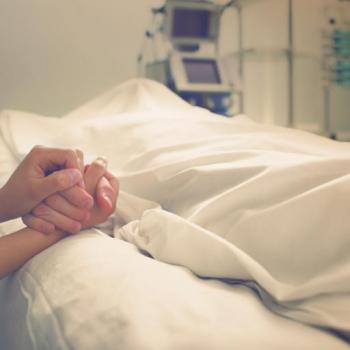 February 27, 2018
How Do Atheists Accept Death? These Redditors Offered Answers
Next Post