She reassured parents that keeping students safe was her top priority, and said she had been meeting with law enforcement officials over the past several days to make sure they’re doing everything they can to prevent similar violence. She also asked everyone to report any strange behavior and talked about the importance of making sure students had access to mental health professionals.

All of that is fine and important. But near the end of the video, Spearman highlighted something else the state was doing to help students: Bringing them closer to Jesus.

… We have also seen the life-changing impact that mentorship programs can bring into troubled students’ lives, and [we] continue to encourage members of our faith community to partner with schools. By sharing Christ’s love, you could be a positive influence that prevents a tragedy like this from occurring.

Spearman admitted what atheists have been saying for a long time. Whenever public schools partner with faith communities for a supposedly secular purpose, it always involves Christianity — rarely anything else — and it always involves preaching. That’s why many of these churches get involved; they’re seeking new recruits, not the joy that comes from helping students succeed because they’re inspired by their faith to do so.

Jesus isn’t making anything better. Violating the Constitution doesn’t help students. God always seems to have a day off when these shootings occur. And plenty of schools where these tragedies have taken place have had Christian clubs, not to mention Christian administrators, teachers, and students.

They don’t need more Jesus. They need fewer guns in their communities and politicians willing to stand up to the NRA on their behalf.

South Carolina in particular should know how problematic these mentorship programs can be. Just last November, the Freedom From Religion Foundation noted that one of these programs at an elementary school in Beaufort County involved “an evangelical organization that seeks to proselytize.”

Real Champions is a faith based program encouraging your child to excel following the school’s character development platform. Being a faith based mentor program Real Champions will use Bible passages and prayer to encourage your student to achieve success.

The permission slip requests permission for children to participate in a “weekly faith based mentor program” and also for Real Champions to have access to the child’s school records.

The district cannot allow its schools to be used as religious recruiting grounds, FFRF contends.

A school shooting is not an excuse to permit proselytizing. The last thing these students need is more irrational thinking clogging up their minds.

At least one former state official noted that Spearman’s comments were inappropriate:

Joel Lourie is a Jewish Democrat who served nearly 20 years in the state Legislature. He told The Associated Press on Wednesday that, while it’s a good idea to have faith-based mentors in school, Spearman should remember that the Christian faith isn’t the only one.

“I think having faith community mentors in our school is great, but not all children subscribe to the same faith she does,” Lourie told AP. “Perhaps we should be a little more opened-minded when we make those kinds of statements.”

Or maybe every single one of those faith-based mentors should have to sign contracts saying they will not talk about religion with the students, even if asked about it.

If turning to Jesus for help is anywhere on the list of ways Spearman plans to keep kids safe, they’re screwed. 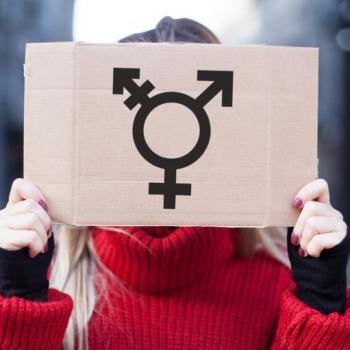 February 22, 2018 Here's Another Sad Attempt at Getting Evangelicals to Accept Transgender People
Browse Our Archives
What Are Your Thoughts?leave a comment