In Arizona, the law already allows public school teachers and administrators to post any of the following in their classrooms: The national motto (“In God We Trust”), the National Anthem, the Pledge of Allegiance, the Constitution’s preamble, the Declaration of Independence, the Mayflower Compact, any speeches or proclamations by the Founding Fathers or our presidents, “Published decisions of the United States Supreme Court,” and any acts passed by Congress.

I know what you’re thinking: That’s it?

Unsatisfied with those limited options, Republican State Sen. Gail Griffin sponsored SB 1289, which amends the law so that teachers can also post the state motto, “Ditat Deus,” which means “God Enriches.” (The law also explicitly states that the national motto is indeed “In God We Trust.”) 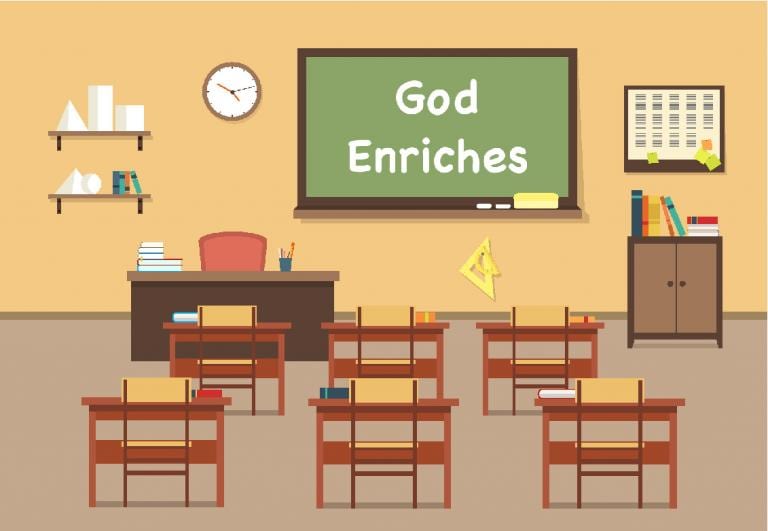 This is nothing more than a bill allowing teachers to push God into the classroom in another ostensibly secular way. And it just passed through the Senate on a 17-13 vote. (Every Republican voted for it. Every Democrat voted against it.)

The Secular Coalition of Arizona says that the wording of this bill will allow schools to simply put the phrase “God Enriches” in classrooms, forgoing any connection to the Latin motto, and they’re trying to stop it before it gets any further.

… The sole objection to the bill was raised in the senate’s Committee of the Whole by Senator Juan Mendez who, along with the Secular Coalition for Arizona (Secular AZ), is asking why this bill is necessary.

“After having a Latin motto for 155 years, is there a reason to suddenly start posting this specific English translation in our public schools?” says Mendez. “Educators should be supporting kids in all their diversity, not evangelizing privileged religious beliefs of legislators.”

Secular AZ, an advocacy organization that works to ensure a secular state government, maintained that the bill is both unnecessary and unconstitutional.

“This bill is clearly part of the legislature’s ideological push in recent years to chip away at secular government,” says Tory Roberg, the Director of Government Affairs for Secular AZ. “By rephrasing the historical motto Ditat Deus into English, this bill divorces it from its historic usage and illegally allows schools to promote the belief in the god associated with the Judeo-Christian Bible.” Roberg argues that the bill would violate the Establishment Clause of the US Constitution and open schools up to costly lawsuits.

For what it’s worth, my reading of the bill suggests that only the Latin version of the motto would go up, not the English translation, but they know more than I do about these matters. Furthermore, even a Latin version of a Bible-based religious phrase shouldn’t be going up in classrooms. Just because they slapped a “motto” tag on it a long time ago shouldn’t make it okay.

This is just another Republican bill that accomplishes nothing but pleases the Religious Right. It’s a symbol instead of substance. And, naturally, it promotes Christianity in the classroom, because that, we’re constantly told by conservatives, will solve all of our problems. 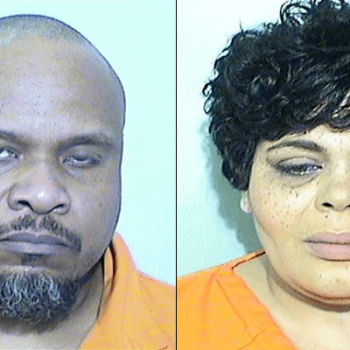 February 22, 2018
Gun-Wielding Pastor and His Family Rob Teacher During Sunday School
Next Post

February 22, 2018 Lawrence Krauss Faces Sexual Misconduct Allegations from Multiple Women
Browse Our Archives
What Are Your Thoughts?leave a comment