Why Are These Christian Non-Profits Telling the IRS They’re Churches? February 21, 2018 Hemant Mehta

Why Are These Christian Non-Profits Telling the IRS They’re Churches?

Every non-profit organization in the country has to file a 990 report with the IRS explaining (among other things) how much money they took in, how it was spent, and how much their top staffers made in salaries. It’s a public document, too, a way to keep tabs on whether a non-profit really is living up to its mission.

There’s an exception to the Form 990, though. Religious institutions, despite being non-profits and not having to pay taxes, do not have to fill out the form or make it public. That means we don’t always know how much money big-name megachurch pastors make — or how much of the congregation’s money goes right into his pocket. We don’t know who’s donating to those churches, either. Without being forced to release the information, many churches choose to avoid transparency. Easier to fool the sheep that way.

That shouldn’t matter when we’re talking about Christian non-profits like Focus on the Family or the legal defense group Liberty Counsel. They’re not churches. They’re regular non-profits. In the view of the IRS, they’re no different from Planned Parenthood. All of them have to file the 990s each year. 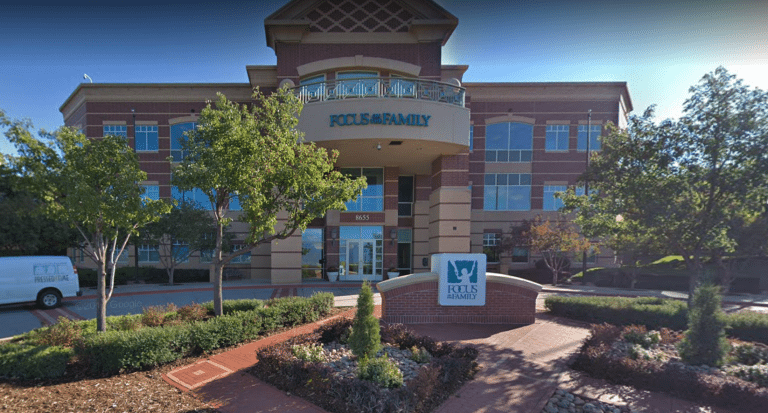 But Right Wing Watch’s Miranda Blue reports that those two Christian groups in particular have declared themselves churches, sparing them from the public scrutiny that would’ve come had they filed a regular 990. There’s no guarantee they’ll release the forms on their own. The problem isn’t just that we won’t know how much money they have or where it’s going.

Gail Harmon, an attorney who has advised nonprofits on tax law for more than 30 years, said that she had never before seen a nonprofit organization declare itself a church. “I just found it shocking,” she said.

Harmon noted that in addition to not being required to file with the IRS, churches are largely shielded from audits. While the IRS may audit a church, doing so requires the approval of a “high-level Treasury official.”

For what it’s worth, Focus on the Family has made its 990s available on its website. That’s important. But if that’s the case, why is the organization calling itself a church? Blue says perhaps it’s because they want to be able to discriminate in hiring without running afoul of the law, but we don’t know. Focus on the Family wouldn’t respond to her direct questions.

Liberty Counsel, on the other hand, is being much more shady.

Back in 2012, Americans United for Separation of Church and State reported that since 2006, LC had been claiming to the IRS that it was a “church auxiliary” not required to file a Form 990. Later that year, LC appears to have started filing with the IRS again. But new documents unearthed by David Cary Hart of the Slowly Boiled Frog blog suggest that the Form 990s that Liberty Counsel filed for the 2011 through 2014 fiscal years were purely voluntary and that it has maintained its “church auxiliary” status throughout that time.

The groups could clear all this up by simply explaining why they’re doing this, but they haven’t. They’re currently calling themselves churches under the law, avoiding any mandatory Form 990 filing requirements. While they may release those forms voluntarily, we know better than to trust groups that spread lies about LGBTQ people on a regular basis.

Perhaps we should be wondering how many other Christian non-profits are pulling the same trick. 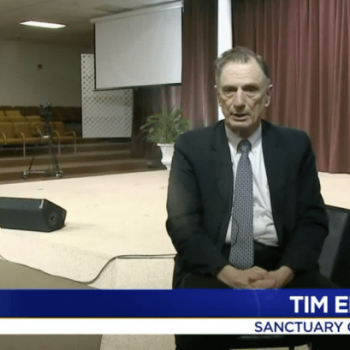 February 21, 2018
A PA Church Near an Elementary School Will Bless Your Assault Rifles Next Week
Next Post 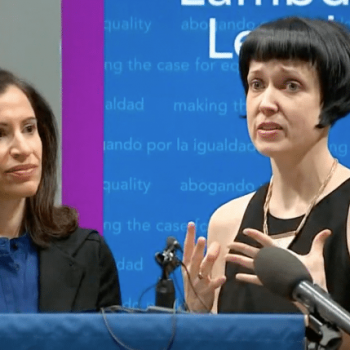