Samson, a High-Budget Christian Film, Flopped at the Box Office This Weekend

How poorly did the Christian film Samson do this holiday weekend?

It’s a question worth asking because the company behind it, Pure Flix (the same group that makes the God’s Not Dead movies), said it was their highest budget film yet and they clearly hyped it as their first foray into the superhero/action realm — a Christian alternative to all those Marvel/DC films.

We don’t know their actual budget for the film, but their other recent movie The Case for Christ cost $4 million to make. Logically, this cost more than that. It was also filmed in South Africa and opened in 1,249 theaters, a wide release as far as movies go. This was going to be a test of whether a mainstream audience would care to see a Christian film about a biblical hero. 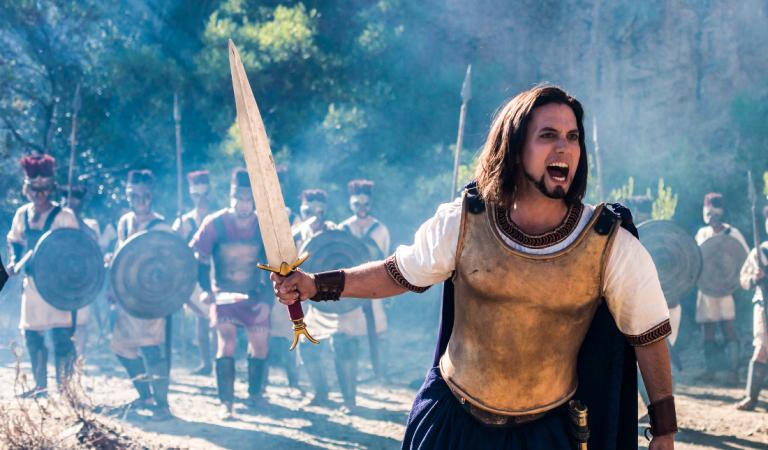 Pure Flix, it seems, failed that test. And not just because moviegoers turned Black Panther into a phenomenon.

According to Box Office Mojo, Samson took in $2,273,569 over the long weekend after Friday’s opening. It ranks on the site’s comprehensive list of the “Worst Opening Weekend Per-Theater Averages Adjusted” (142) and “Worst Openings — Wide Releases Adjusted” (180).

Hell, it didn’t even do well as a Pure Flix film. Looking at opening weekend numbers alone, it ranks 6th on the company’s all-time list — and that doesn’t even include the original God’s Not Dead (which was distributed by a different company).

Reviews haven’t been kind either, with the movie earning a pathetic 27% on Rotten Tomatoes. Peter Sobczynski of RogerEbert.com noted the film’s “sluggish pacing, inconsistent performances and lack of cinematic style that gives the proceedings a tacky feel throughout.”

There is zero dramatic tension to be had at any point and the presumably low budget is felt throughout in things ranging from the obviously fake beards worn by some characters to symbolize the passage of time to the equally chintzy special effects on display throughout. The big acton beats are uniformly awful — the battle in which Samson defeats hundreds of soldiers is staged so goofily (including lots of slow motion) that it almost looks like the Mel Brooks version of such a scene and don’t get me started on the unintentionally hilarious staging of the scene where Samson wrestles a lion.

It’s possible that Black Panther just sucked up all the attention this weekend, but other films did fairly well. It’s also possible Samson will make far more money in the coming weeks, but opening weekend is often the biggest money haul for any new movie. It’s indicative of how well the movie will do in the future. Right now, Samson shows no signs of being a success no matter your definition.

If that holds up, it probably means Pure Flix won’t invest more money in high-budget films that don’t beat you over the head with a Christian message. They’ll stick to what they do best: creating cheaper movies that feature inevitably non-Christian villains and believers whose faith guides them to glory. (God’s Not Dead: A Light in Darkness, the third film in the series, is set to open next month.)

So if you’re looking to see the story of Samson, you’re far better off seeing DarkMatter2525’s trilogy on YouTube. That one’s biblically accurate and doesn’t sanitize itself for children. 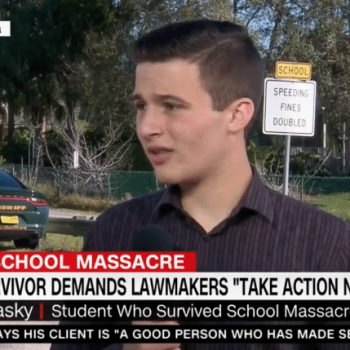 February 19, 2018 In Iowa, a GOP-Sponsored Bill Promoting Bible Classes in Public Schools Is Dead
Browse Our Archives
What Are Your Thoughts?leave a comment