No, a Mother Isn’t in Jail Right Now Because She Baptized Her Daughter February 19, 2018 Hemant Mehta

No, a Mother Isn’t in Jail Right Now Because She Baptized Her Daughter

A North Carolina mother is not currently in jail because she baptized her daughter. Or at least that’s not the whole story. And understanding the whole story is vital to this case because the clickbait headlines aren’t helping.

What you need to know is that Kendra Stocks and Paul Schaaf had a brief relationship, ending in 2014, that resulted in a child. Schaaf soon filed for full custody rights for a variety of reasons, including religious differences… which was a little odd since they’re both Catholic… but whatever. Even Catholics disagree with each other. You’d think getting the child baptized wouldn’t be a source of contention, but they hadn’t set a date for the ritual.

In August of 2016, one day after Schaaf was legally awarded full custody of the child, Stocks took their daughter to get baptized without telling him. That’s what this is all about. That’s why she was punished. That’s why she’s currently in jail for one week.

It wasn’t the act of baptism; it was the defiance of a court order. 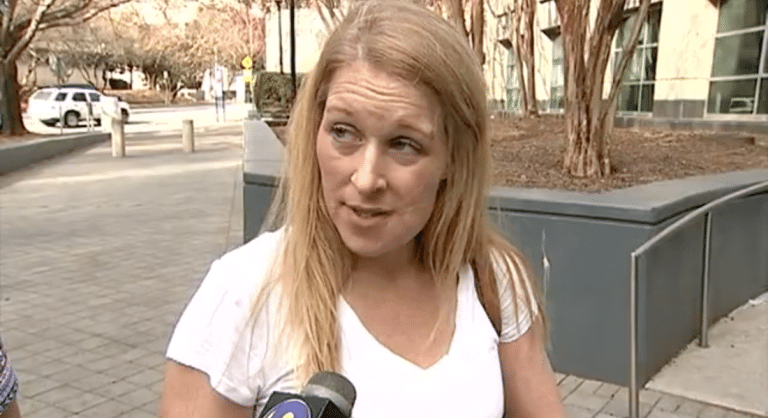 “I’m scared,” she told the Observer. “I’m sad about what has happened. I don’t regret having her baptized. That was in her best interest … I don’t see how this is in the best interest of the family. Her father is sending her mother to jail.”

That’s an emotional plea, no doubt, but she brought this upon herself by not talking to her ex about an issue he legally had a say in. Even Schaaf’s brother, the child’s god-father, wasn’t present at the baptism, his lawyer says, because no one told him it was happening.

Given that the couple had spent the day before the ceremony in a courtroom discussing spiritual decisions relating to their child, [Schaaf’s attorney Jonathan] Feit said. “One would think that you would have the sense to say, ‘Oh, by the way, I’ve scheduled a secret baptism and it’s tomorrow, and you might want to know about it.’”

Why didn’t she tell Schaaf about the baptism? We still don’t have an answer to that question.

Naturally, conservative websites are spinning this into a story about how the legal system is punishing a mother of faith. Chris Enloe at The Blaze writes that, “A North Carolina mother was sentenced to seven days in jail this week for baptizing her own daughter,” without emphasizing the facts that both parents were religious and she defied the judge’s ruling. His readers were misled by the headline and opening sentences. Joshua Gill of The Daily Caller also played that trick on readers with the headline, “Mom Thrown In Jail For Baptizing Her Daughter.” As if the baptism itself was the problem, not the violation of a custody ruling. Even the New York Post‘s headline was “Mom jailed after baptizing daughter.” After, not for. That’s slightly better, though it still confuses people who think correlation leads to causation.

Parents can still baptize their kids. The government isn’t coming after Catholics. But unless you read those stories in depth, you’d come away with the wrong impression. And that’s precisely what these conservative writers hope to achieve. 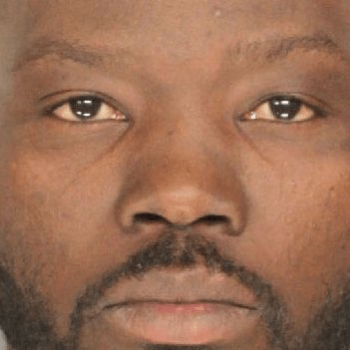 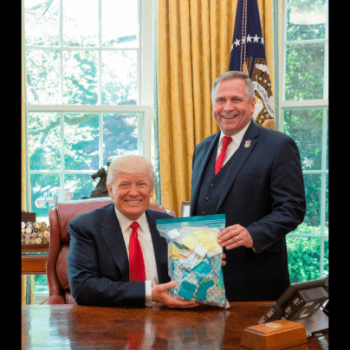 February 19, 2018 A GOP Congressman Gave Trump a Literal Bag of Prayers After the School Shooting
Browse Our Archives
What Are Your Thoughts?leave a comment