***Update*** (2/26): Bost has amended his post on Facebook to say this picture was taken last February (even though it was posted shortly after the Florida shooting). I still have the same questions about how useful a bag o’ prayers really is.

Over the weekend, Rep. Mike Bost (R-IL) delivered a bagful of thoughts and prayers to Donald Trump, presumably as a response to the tragedy in Parkland, Florida. (I think this is now the official GOP response to all mass shootings.)

But I have so many questions about this photo…

Is that it? Those are all the prayers from southern Illinois? I don’t know whether to be proud that so few people are wasting their time or disturbed by how a few prayers were still enough for these politicians to think “photo op!”

Why are they in a sealed bag? Do prayers spoil if they’re exposed to air?

What is Trump supposed to do with them? You can bet he’s not reading those prayers. (Why would he, unless they mention his name?) So what’s the point of giving them to him?

Where did the bag go after this photo was taken? I’m assuming the garbage can. (Prove me wrong, internet.)

Why did these people have to write down their prayers? Was God having trouble hearing them? Could He not read their minds?

Are the people most directly affected by the Parkland shooting supposed to feel better after seeing this?

Do any of those prayers ask Trump to push for sensible gun safety legislation? How about for leaders in Congress who can do more for people than pose for a useless picture after a mass shooting?

Who’s supposed to answer these prayers? God won’t do it. Hell, He didn’t even stop the shooting. But that only leaves Trump… who likely won’t even look at those prayers unless there’s money attached.

Which Facebook emotion am I supposed to use in response to this photo? (This may be the best evidence yet for needing a “Dislike” button…)

Enjoy this picture, everyone. It’s the most Republicans will ever do to prevent future school shootings.

Bost, by the way, received $9,750 from gun lobbyists for his 2016 campaign. We can only assume this picture will be sent to all of those donors as a token of appreciation. 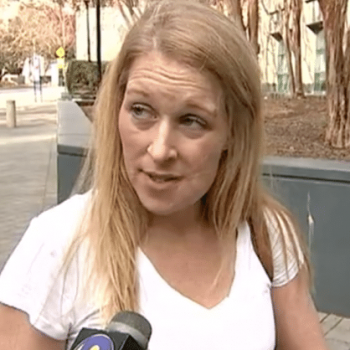 February 19, 2018
No, a Mother Isn't in Jail Right Now Because She Baptized Her Daughter
Next Post 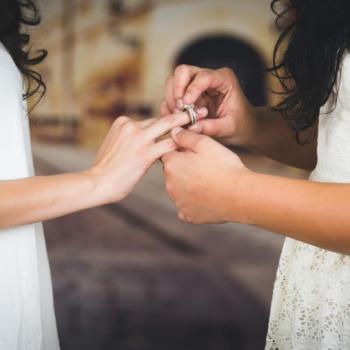