A Religious Right activist just said he’s sick of “allowing black people to call themselves Christians” when they voted for “that quasi-Muslim freak, Barack Obama.”

Dave Daubenmire is no stranger to controversy. He’s always stoking racial and religious tensions, even saying in October that God allowed the shooter in Las Vegas to kill more than 50 people because our country is “wicked.”

Now, he’s essentially saying that black Christians aren’t really Christians. The rant was the result of a man accusing Daubenmire of “being racist and… twisting scripture.”

“You go to a black Christian and ask them how they could vote for Barack Obama, the most pro-abortion president in the history of America, the guy who put the White House in rainbow colors when they legalized sodomite marriage,” he continued. “How you, as a black man, can support that guy. Why? Because he is one of them.”

It should go without saying that Daubenmire doesn’t get to “allow” black people to do anything. If he’s wondering why someone called him racist on Facebook, I can think of a few reasons…

He also doesn’t get that not every Christian will interpret scripture just as he does. Perhaps some believers voted for Obama because their religion told them providing health care to all and respecting people with differences is what Jesus would do — not that He’d refuse to help those who are suffering and attack members of the LGBTQ community. (I know. Crazy, right?)

The racist tirade continued by literally blaming Obama (is anyone surprised) for the divisions in our country.

“Racial relations were probably on the mend here in America until we elected that quasi-Muslim freak, Barack Obama,” Daubenmire bellowed, as he proceeded to blame Obama for the recent shooting of two police officers in Ohio.

“You tell me that Barack Obama and eight years of race, race, race, didn’t deep inside that guy, have an impact on him killing cops?” he said. “I’m sick of it!”

This is the ultimate irony. If tensions regarding race relations grew over the past eight years, it’s because people like Daubenmire couldn’t handle a black president with progressive politics. Obama didn’t cause anyone to kill cops, but it wouldn’t surprise me if Daubenmire or his allies have given people justification for acts of violence against atheists, liberals, or LGBTQ people. 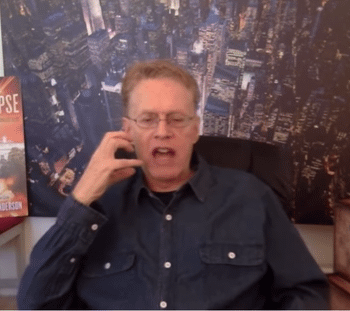 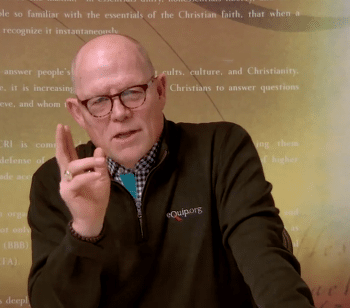