In 2016, Gayle Jordan ran for the Tennessee State Senate in District 14, just south of Nashville. This was a deeply red district, so it wasn’t surprising that Jordan didn’t even come close. She lost by a 50-point margin.

That said, it was a story that she was even in the race for two reasons: Democrats usually don’t bother putting forward any candidates for this seat, and Jordan wanted to be a progressive alternative. She was also an open atheist, serving as the executive director for Recovering from Religion.

I thought the story of her political career ended there. But last November, a year after the election, Donald Trump nominated the winner of that race, Jim Tracy, to serve as the director of the U.S. Department of Agriculture’s Rural Development office.

Tracy resigned from the State Senate to take on the new role, and there’s now a special election to fill his seat.

Naturally, Jordan is throwing her hat into the ring once again. She explained on Facebook last month:

Why do this again? Why return to a race where I experienced a 50-point defeat and expose myself to that again?

Because Tennessee is in dire need of compassionate rational leadership, someone with a big voice and a thick skin, someone who isn’t afraid to rise up, speak out, and push back against what the good ol boys dish out.

I raised 4 children as a stay-at-home mom with a military pilot spouse, who was gone more than he was home.

I started law school after all my kids left for college. I graduated, and passed the California Bar Exam on the first try.

In my role as president of our local soccer association, I fought our baseball-minded city, and helped bring about the development of a $13M, 17-field premier soccer complex.

I trained for and completed an Ironman Triathlon, winning my age division at age 50.

With hard work and determination, we’re fighting to bring reason and compassion to Tennessee!

Again, this is a red district that Republicans won by 50 points in 2016. The reaction to Jordan’s candidacy by the entire Tennessee Republican Party ought to have been a collective shrug.

But it looks like they’re worried. They must know that Republicans in deeply red districts have been losing a lot of elections since Trump took office. And even when they haven’t lost, they’ve won by substantially slimmer margins.

That would explain why the Party released a statement last night calling on voters to reject Jordan because she’s a “radical atheist.” Tennessee Republican Party Chairman Scott Golden specifically called on the Democrats running for governor to distance themselves from Jordan because of her “extreme” religious views.

“Gayle Jordan, darling of the Tennessee Democratic Party and their nominee for State Senate District 14, is what she herself calls a “firebrand atheist.” She isn’t simply non-religious, but actively works to lead people away from their faith. It’s her life’s work as the Executive Director of an organization called Recovering From Religion.

“Saying Gayle Jordan’s radical atheist views don’t represent the values of Tennesseans across this state or in District 14 is a gross understatement. She flat out attacks and rejects the fundamental social, moral, and religious beliefs of millions of Tennesseans. This type of extremism is being celebrated by the Tennessee Democratic Party and it is very concerning. Today I am asking if Democratic candidates for Governor, Karl Dean and Craig Fitzhugh, support Gayle Jordan and a Democratic Party that proudly espouse extreme views; candidates that shamelessly make statements such as “doing my part to destroy the fabric of America.”

“Tennesseans deserve to know if the potential Democratic nominee for Governor supports these radical views and will work to elect anti-Christian extremists to the state legislature. This is not about being a Republican or a Democrat, rather an acknowledgement that her public attacks on Christianity and outward anger towards those that believe in God are a far cry from the views of Tennessean families across this state and in District 14.”

There are so many things wrong with that statement (besides the audacity of attacking a political candidate for her religious views, something that would be unacceptable if they did it to a Jew or Muslim).

For example, they’re angry that she tries to “lead people away from their faith.” Christians try to convert people all the time — to the point where they celebrate the number of baptisms their churches perform in a given month. But bringing people to Christ is apparently okay.

What are “radical” atheist views, anyway? If being an atheist means you don’t believe in God, does a “radical” atheist not pray even harder? We’ve had this debate before. For much of the general public, an “extremist” atheist is just like a regular atheist, except we have the courage to criticize religion out loud. (Compare that to a “radical” Christian or Muslim; those connotations are hardly peaceful.)

They claim Jordan is an “anti-Christian extremist” even though she’s never said anything about how Christians shouldn’t have the right to worship. She’s not the one issuing a statement calling on top Republicans to distance themselves from other candidates because they happen to believe in God. The Republicans are just mad she’s willing to fight for the sorts of minorities that white evangelicals routinely condemn, including LGBTQ people.

As for her apparent statement about “doing my part to destroy the fabric of America,” the GOP gave no context for it, but I read that as a joke. She’s using their talking point against them by saying she’s had enough of the GOP’s anti-women, anti-gay, anti-immigrant bigotry. (Update: The context of this statement was, indeed, tongue in cheek. Jordan officiated a same-sex wedding last December and posted the line on Facebook. It’s a joke, people.)

Jordan didn’t respond to my request for a statement last night.

But it’s this sort of attack that demonstrates why we need more atheists running for office. Republicans love creating straw men of us, assuming that our disbelief in God is somehow a danger to people who are religious. It never is. We want to persuade you to see things our way, but the atheists I know proudly defend other people’s right to believe in whatever nonsense they want to. (And I know plenty of Christians who want to maintain a separation between their faith and their politics.)

Jordan wants to run for office because there are people marginalized and demonized by the Christians in power. And because she’s willing to do that, those Christians are condemning her for not having an imaginary friend. As if that’s the new prerequisite for public office.

The problem isn’t that Jordan is a “radical atheist”; they would’ve done the same thing if she was merely an atheist in private. The problem is that Republicans have competition in what they always considered to be a safe seat, and they’re worried Tennessee will start to turn purple.

All the more reason for Jordan to keep speaking out.

The election takes place a month from today. You can donate to her campaign right here. 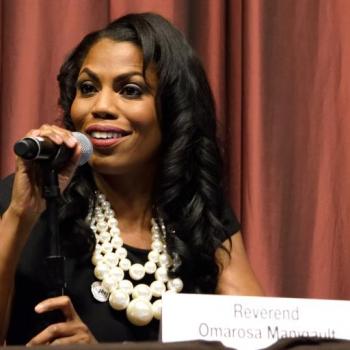 February 12, 2018
Even Omarosa, a Minister, Thinks Mike Pence is a Crazy Christian
Next Post 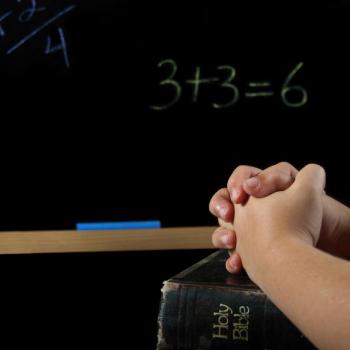 February 13, 2018 Trump’s Budget Seeks $1 Billion In Taxpayer Funds For Private Religious Schools
Browse Our Archives
What Are Your Thoughts?leave a comment