These “Prayer Matters” Shirts Aren’t a Rebuke to Atheists Who Understand the Law February 12, 2018 Hemant Mehta

The Freedom From Religion Foundation wrote a letter to an Ohio’s West Branch Local School District because there were prayers blasted over the loudspeaker system before a recent basketball game at West Branch High School. The crowd was even asked to stand for the duration of the prayer.

This wasn’t a one-time thing either. The FFRF noted that there were reports that these prayers occurred at other events as well, “with the principal delivering the prayer or inviting a pastor to do so.”

A local resident asked FFRF to chime in and they did. And guess what? The problem got resolved… at least for now. The superintendent issued a statement that the formal prayers would be halted, at least while their legal team looked into the situation. (Spoiler: Their legal team won’t find any justification for continuing the prayers since, as FFRF’s lawyers noted, they are illegal.)

The District probably just wanted to save face. So they said they were looking into it… even though they must know FFRF caught them doing something wrong. But whatever. The loudspeaker prayers are over.

I bring all this up because of what happened Friday night, after all of this had been resolved.

More than 100 people in attendance at the basketball game sported “Prayer Matters” shirts.

On Jan. 30, Elizabeth Bonham, American Civil Liberties Union of Ohio staff attorney, told The Vindicator: “The Supreme Court has ruled repeatedly that it is impermissible for religious practices to take place during school-sponsored events.”

In response, parents and community members have been taking sides.

Some have made T-shirts that read “Prayer Matters” featuring the school’s Indians mascot. Others designed shirts seeking an all-inclusive environment featuring “Coexist” spelled by using symbols of many religions… 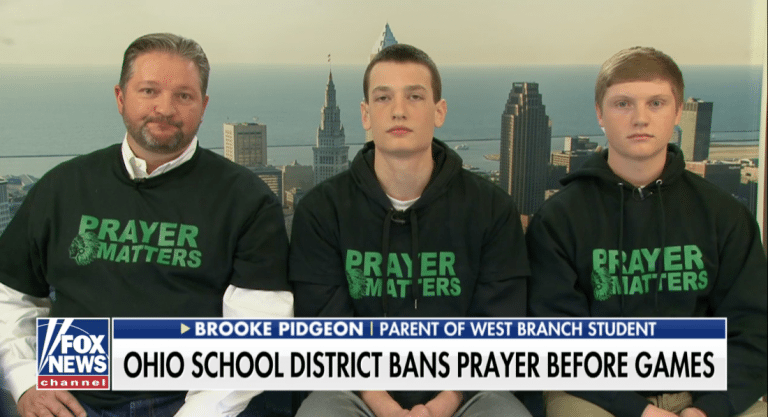 I don’t speak for the FFRF, but I think I can give you their official response:

No one cares. Students and parents are free to wear those shirts. It’s irrelevant. As long as no one’s being coerced, and there’s no indication the District is pushing that message on everyone, they can wear whatever they want.

The Christian Post headline, however, says “High School Students Fight Back Against Atheist Group With ‘Prayer Matters’ T-Shirts.” If this is supposed to be a fight, it’s entirely one-sided. The side that wants to force prayer on everyone lost.

FOX News was even worse, saying that the District “bans prayer before games.” That’s a lie. Every single person at that game had the right to pray before the game, athletes and coaches included. The District simply couldn’t force those prayers on everyone in the crowd by way of a loudspeaker for the same reason they can’t allow a Christian pastor to bless the court beforehand.

Their shirts aren’t a substitution for the loudspeaker prayer. They’re an act of surrender. And it’s clear that no one wearing those shirts has any idea what the law does and doesn’t permit. 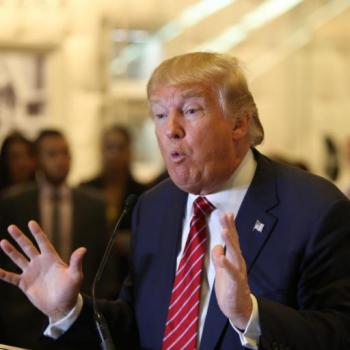 February 12, 2018 Dad Who Let His Son Die of Meningitis Loses Speaking Gig at “Wellness” Expo
Browse Our Archives
What Are Your Thoughts?leave a comment