Last weekend, Jocelyn Morffi (left, below) married her partner Natasha Hass in a ceremony in the Florida Keys. When she returned to work as a first grade teacher on Wednesday, she was told she was no longer employed. 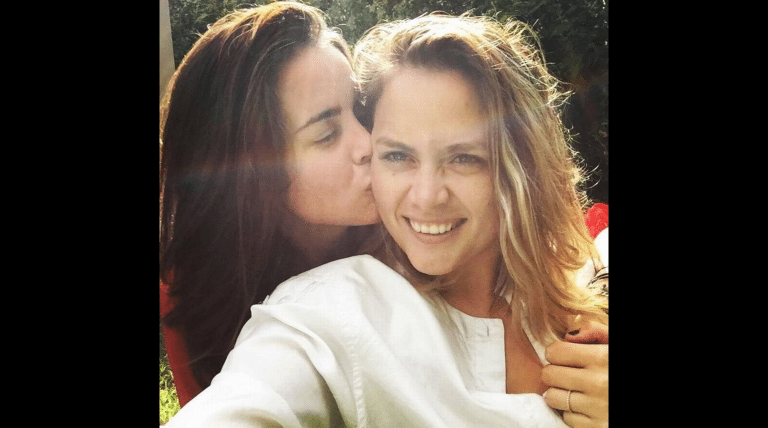 Was it discrimination? No. She was fired for violating the contract she signed with Sts. Peter and Paul Catholic School, which like all Catholic schools, sees same-sex marriage as a travesty against God’s wishes.

Is anyone surprised? Catholic schools will fire employees who are in a same-sex marriage. When a religion holds bigoted views, we shouldn’t be shocked when its believers turn out to be bigots.

And yet, nearly two dozen parents complained to the administration for adhering to Catholic doctrine.

On Friday morning, roughly 20 parents gathered at Sts. Peter and Paul to demand an explanation from the school principal.

“We were extremely livid. They treated her like a criminal, they didn’t even let her get her things out of her classroom,” said Cintia Cini, parent of one of the children in Morffi’s class. Cini said that the parents hadn’t known Morffi was gay, but did not care about her sexual orientation. “Our only concern was the way she was with our children, the way she taught our children and this woman by far was one of the best teachers out there,” she said.

There’s no doubt these parents are being honest about how much they loved Morffi. But if they wanted their children to attend a school where the administrators cared about teachers’ skills and hearts instead of their sex lives, they shouldn’t have enrolled their kids in a Catholic school.

If the parents really wanted to make a difference, they would pull their kids from this Catholic institution and enroll them in another public or private school. This is a business, and emotional pleas for basic humanity mean nothing to the people who run these places; they fired a woman days after her wedding because she dared to marry someone she loved. Money talks, though.

Did they not realize the Catholic Church actively fights LGBTQ rights? Do they have any idea what Catholic doctrine teaches? Even Pope Who-Am-I-To-Judge thinks marriage equality is immoral.

The problem isn’t the school. It’s the parents who continue propping up an institution that promotes bigotry and then complain when the leaders acts Catholic. 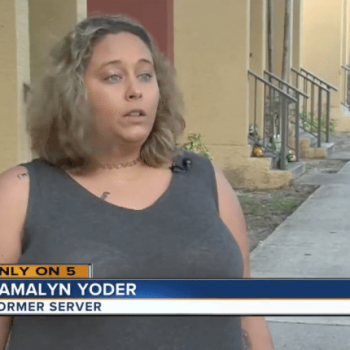 February 12, 2018
Don't Blame a Florida Church for This Waitress Losing Her Job
Next Post 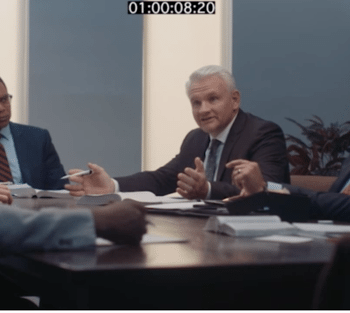