Even Omarosa, a Minister, Thinks Mike Pence is a Crazy Christian

I know, I know, she’s a reality star looking for any excuse to stay in the limelight. But if that involves trashing the administration she just got fired from, have at it.

Earlier tonight on Celebrity Big Brother, Omarosa Manigault told her housemates about how a potential President Mike Pence would have us longing for the good old days when Donald Trump was in the Oval Office. 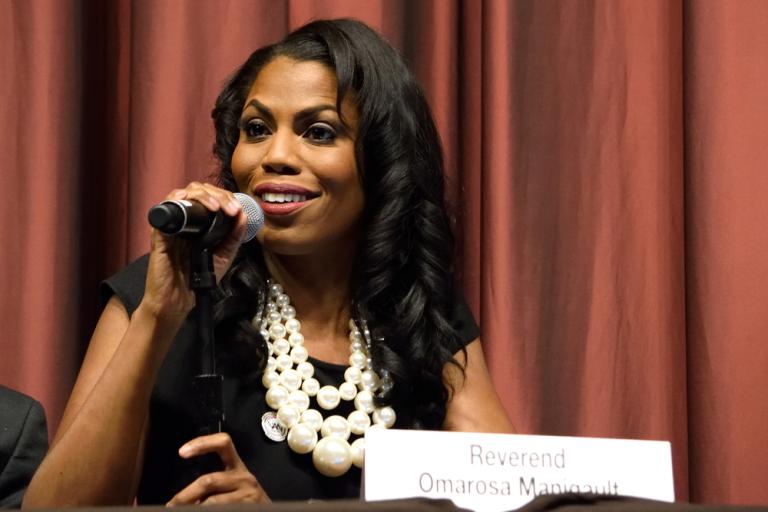 And even though she’s an ordained minister herself, Manigault said it was Pence’s faith that would be his biggest liability.

“As bad as y’all think Trump is, you would be worried about Pence,” she said. “So everybody that’s wishing for impeachment might want to reconsider their lives. We would be begging for days of Trump back if Pence became president.”

“He’s extreme,” Omarosa said of the vice president. “I’m Christian. I love Jesus. But he thinks Jesus tells him to say things. I’m like, ‘Jesus ain’t saying that’”…

To summarize, someone who prays and believes that God performs miracles thinks Mike Pence goes too far with his Christianity because he actually listens to the voices in his head.

All of this would be far more believable if Manigault said any of it while employed by Trump. She didn’t. She was too busy telling people how amazing he was and that his critics “will have to bow down to President Trump.” She’s a hypocrite with no moral compass. If Trump invited her back into the White House, she’d do it in a heartbeat.

She praised Trump when she worked for him, and now that she’s out of the White House, she’s attempting to earn back whatever shred of credibility she had left with the general public.

Sounds like she and Mike Pence have plenty in common after all.

February 13, 2018 Tennessee GOP Unleashes Attack on "Radical Atheist" Running for State Senate
Browse Our Archives
What Are Your Thoughts?leave a comment