Bryan Fischer: Demons Had “Legal Right” To Live in White House Until Exorcism

A couple of days ago, a pastor said during an interview that Melania Trump that she had “completely exorcised” all the demons from the White House before moving in. That story hasn’t been confirmed by anybody else (nor does it even sound like it makes sense).

But evidence has never been important to Religious Right commentator Bryan Fischer. On his “Focal Point” show yesterday, Fischer praised Melania Trump for vanquishing those demons… even though there’s literally one person (with zero credibility) making that claim. He also claimed that leaving those “occultic” objects in the White House would have given demons the “legal right” to stay there. 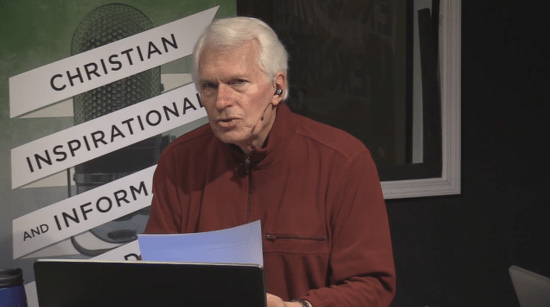 The video doesn’t embed but you can hear the relevant portion around the 15:23 mark:

… I’m going to assume for the sake of argument there’s something to this, and it fits with what we know about Melania Trump.

According to this pastor, who’s one of the evangelicals that has prayed with Donald Trump in the White House, Melania Trump demanded that there be a spiritual cleansing of the White House before she took up residency there, as she knew that there were demonic and idolatrous objects in there, the Clintons left some of ’em in there since the Haiti days. They actually honeymooned in Haiti. They witnessed a ritual performed by a Voodoo priest. And there were Haitian symbols, Haitian icons in the White House that the Clintons brought in there, bring ’em in there, just like little trinkets and tourist attractions and sort of objects… from their vacation…

Melania knew better than that…

If you’ve got occultic or idolatrous objects in your house — might even be a painting — some kind of object — an amulet or whatever — that has occult significance, it provides a legal ground for demonic spirits. They will attach themselves to these objects. And then as long as that object is in the home, and you’re giving that object permission to be there by not removing it, those demons, then, have the legal right to be in your home…

Who knew demons had their own set of laws? (Are they covered in Torts at Hogwarts?) I would love to see the Demonic Constitution that Fischer is apparently an expert in.

So to recap, since this whole saga is so bizarre: Melania Trump allegedly got rid of the demons from the White House by removing all the Haitian objects, and that’s a good thing, since keeping those items in place would have given the demons legal justification for staying put.

Just another day in the Trump White House and the conservative media that props him up. 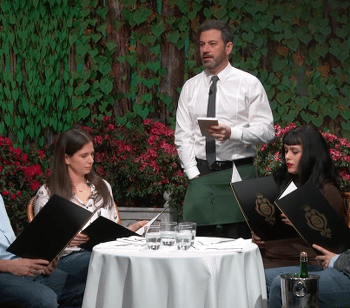 February 10, 2018
This Is What Dining Would Be Like If Restaurants Were Run By Christian Bigots
Next Post 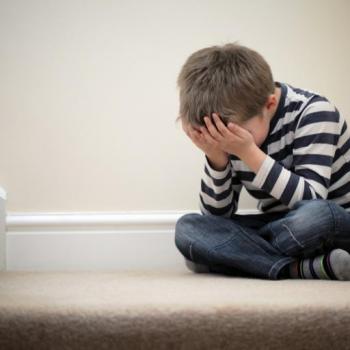