If you’re a politician whose website goes on and on about how you’re a wonderful candidate because of your “Christian values,” then don’t be surprised when people point out your ethical flaws.

Jacquelyn Wright is a justice of the peace in Tarrant County (Texas) who’s running for re-election. And her qualifications include her devout faith. 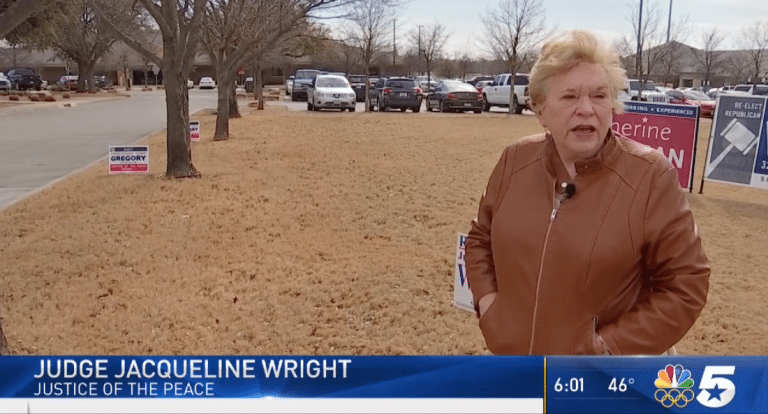 … I came to the Republican Party some years ago because of three basic core principles; less government, personal responsibility and Christian values.

Things I know to be true:

We are all God’s children.

She even has an entire page highlighting fair campaign practices and a code of conduct. She’s really doubling down on the idea that she’s the most ethical person in the race.

Which is why it’s worth noting that Wright’s husband was caught pulling her opponent’s campaign signs out of the ground and tossing them aside. Wright herself admitted that’s what was happening but offered another excuse: She was just following the law.

Her argument is that the signs aren’t allowed on county property, specifically the courthouse driveway, but the law actually says it’s fine as long as they’re not within 100 feet of the entrance to a voting station. These signs weren’t that close. So it looks like Wright just wanted her opponent’s name to go unnoticed when people went to cast a vote.

It’s not even the first time she’s done something like this. In 2015, she essentially bribed an opponent who had filed a complaint against her so that she could win re-election and receive her pension. She promised to endorse the opponent in the future if the complaint was dropped. The State Commission on Judicial Conduct later issued a public rebuke against Wright.

So much for Christian values.

(Screenshot via NBCDFW. Thanks to @SpaceCheef for the link) 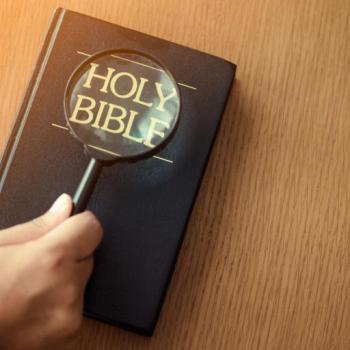