Christian Pastor: The Larry Nassar Scandal is the Fault of Immodest Gymnasts

Bigoted Pastor Kevin Swanson, who most recently said God set California on fire for turning “pedophiliacs and homosexuals into heroes,” found a way to say something even worse.

He was talking about USA Gymnastics doctor Larry Nassar and his sexual abuse scandal involving more than 250 victims, 150 of whom delivered heartbreaking accounts of their assaults in the sentencing courtroom earlier this month.

Swanson, naturally, found a way to blame the victims for their own abuse. He chalked it up to their “immodesty.” Because you know what those gymnasts wear…

“There is an infatuation with the body,” he said, “and, of course, the sexual aspects of the body as well. Some sports encourage immodesty, revealing large portions of the body and this happens in some sports. These are the risky sports. Here they are, what are the risky sports? Gymnastics. Gymnastics and swimming. These are the sports in which there is an added risk.”

“Why are all of the gymnasts [at] more of a risk than other sports?” Swanson asked. “Do you really want your daughters involved in a sport that involves a fair amount of immodesty in which red-blooded American male coaches are interacting with these girls? Or, worse yet, where the infatuation of the body eventually effects the lesbian coaches?”

Most red-blooded American male coaches aren’t molesting the girls in their care. Neither are lesbians. But I sure as shit wouldn’t leave my daughter alone with Swanson.

He can’t distinguish between the abuser and the victim because everything, to him, is sexual. It doesn’t matter if we’re talking about child gymnasts, swimmers, or LGBTQ people. Everything is about sex, all the time. That’s how warped his Christian mind is. Even when discussing what’s arguably the largest sexual assault scandal in sports history, Swanson is focused on what the athletes were wearing, not how someone assaulted hundreds of people who trusted him or why he was never stopped by those in higher positions of power.

Remember: this is the same guy who blamed sexual assaults in public schools on sex education and “homosexual indoctrination.” There’s nothing he won’t blame on whoever is on the evangelical enemies list. 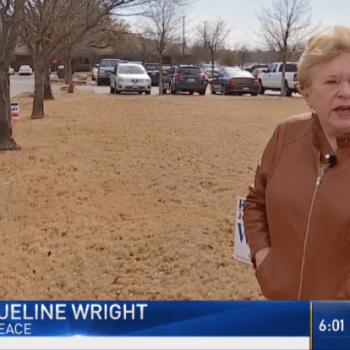