Dozens of Pakistani Men Murdered a Humanist Activist; Many Won’t Be Punished

The punishments have finally been handed down to the Pakistani men who slaughtered Humanist activist Mashal Khan last year. One will receive the death sentence, another five will go to jail for life, 25 others will receive lesser punishments, and 26 have been let off the hook.

Khan, who called himself “The Humanist” on Facebook, was shot and beaten to death by fellow students at Abdul Wali Khan University in the Khyber Pakhtunkhwa province after being accused of blasphemy. (An investigation found no evidence of that… not that it should’ve mattered.)

In all 57 people were put on trial in connection with the murder, including fellow student Imran Ali, who knew the victim well and pleaded guilty to shooting him. He was the only person who received a death sentence.

A 58th man was arrested last month and is facing separate proceedings.

Mashal Khan’s father, Iqbal Khan, said justice had not been done in the case.

“I don’t understand how several people were acquitted despite very clear videos and other evidence,” he told BBC Urdu.

I don’t either. Just because dozens of people didn’t pull the trigger doesn’t mean they weren’t part of the mob. But this is what we’ve come to expect in nations like Pakistan and Bangladesh, where atheists (or alleged atheists) have been slaughtered for years with the government and law enforcement doing what often seems like the bare minimum in prosecuting the criminals.

As I’ve said before, remember what all this is about: Words.

When critics of Islam and religion as a whole dare to state their beliefs publicly, both hard-line Muslims and government officials believe they should be arrested, jailed, or executed for it. (So much for being a religion of peace.) This won’t stop unless Muslim leaders in those countries speak out in defense of the critics. Governments around the world must also repeal their blasphemy laws in defense of free speech.

No one deserves to be physically harmed — much less brutally slaughtered — for anything they say or think. It’s been said that blasphemy is a victimless crime, but it’s becoming abundantly clear that there are victims: The people who do the supposed “blaspheming.”

(via The Morning Heresy. Portions of the article were published earlier) 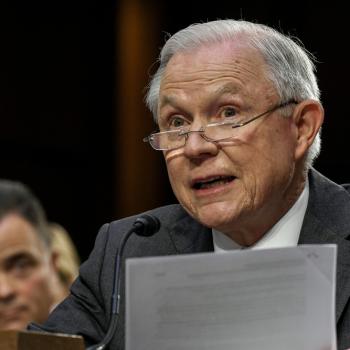 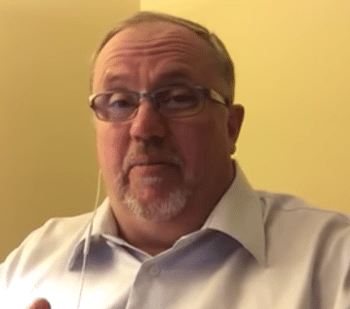 February 7, 2018 Preacher Claims Melania Trump Exorcised White House Demons Before Moving In
"The Jesus meme is a relative newcomer! It may not be the world's oldest profession, ..."
CJ Burr “Prophetess”: I’ve Time-Traveled and the Media ..."
"I'm almost impressed by how long-winded you've managed to make a garden-variety "no, you!" retort."
Joan D'Ork (Gonzoline) Congresswoman QAnon Uses God to Justify ..."
"It sounds like this pastor would never need a firearm. He has successfully weaponized Jesus."
L. James St. Parson Ministries Pastor: When I Was Bullied as ..."
"I sometimes wonder what is the source of her super powers. Gamma radiation? Radioactive spider ..."
Houndentenor Congresswoman QAnon Uses God to Justify ..."
Browse Our Archives
What Are Your Thoughts?leave a comment